What do people think when they imagine the Volvo brand? They tend to think of solid construction, boundless safety features, tasteful interiors, and a winning combination of utility and comfort. The term “sports car” doesn’t necessarily come to mind. However, back in the 1960s and 1970s, the Volvo P1800 was on the road showcasing dynamism and class. To this day, the Volvo P1800 is extremely popular and is commonly found on most top classic cars of all time lists! 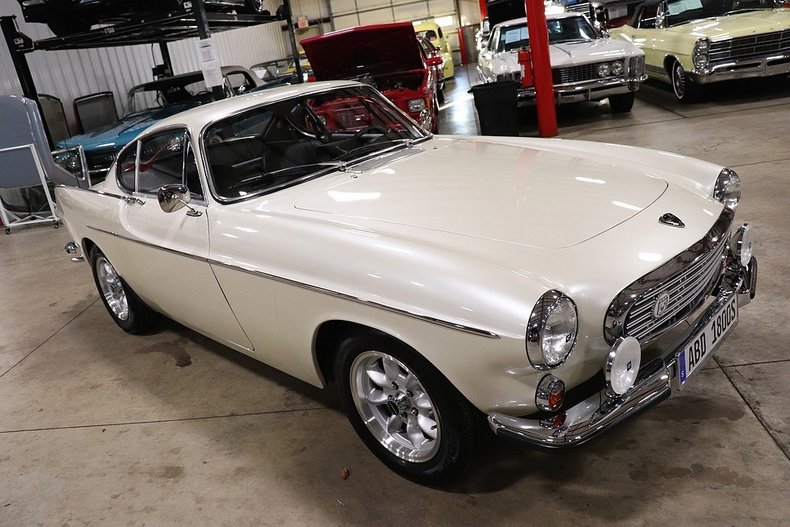 The Volvo P1800 owes a lot of its reputation for class and style to it being driven by none other than Roger Moore in the classic 1960s television series, The Saint. Its other big claim to fame was as the highest-mileage private vehicle still being driven by its original owner having clocked some 3.25 million miles by 2018.

Interestingly, Volvo started development on their new sports car in 1957, at about the same time as Jaguar was working on their earliest ideas for the Jaguar E-Type. It was a time of competitive development with many top brands seeking to create the next big thing in sports cars. They also began the project with some trepidation, having failed to make their previous sports car project, the P1900 a success.

In order to gain more success, the head of the project, Helmer Petterson, engaged a well-known Italian carriage maker, Ghia, to help with the designs. An interesting twist in the design story is that while Volvo for years credited Italian designer Pietro Frua of Ghia as the creator of the P1800, the real work was done by Frua’s student, and Petterson’s own son, Pelle Petterson. Volvo only finally recognized this fact in 2009.

Early prototypes were made in 1957 and 1958, one of which was driven by Helmer Petterson down to West Germany and the headquarters of Karmann in Osnabruck. It was there that Petterson had hoped to start the tooling and construction of the vehicle. The project hit a major setback, however, when Volkswagen stepped in and stopped Karmann from taking on this task. Naturally, they were afraid this P1800 would compete with their own models. 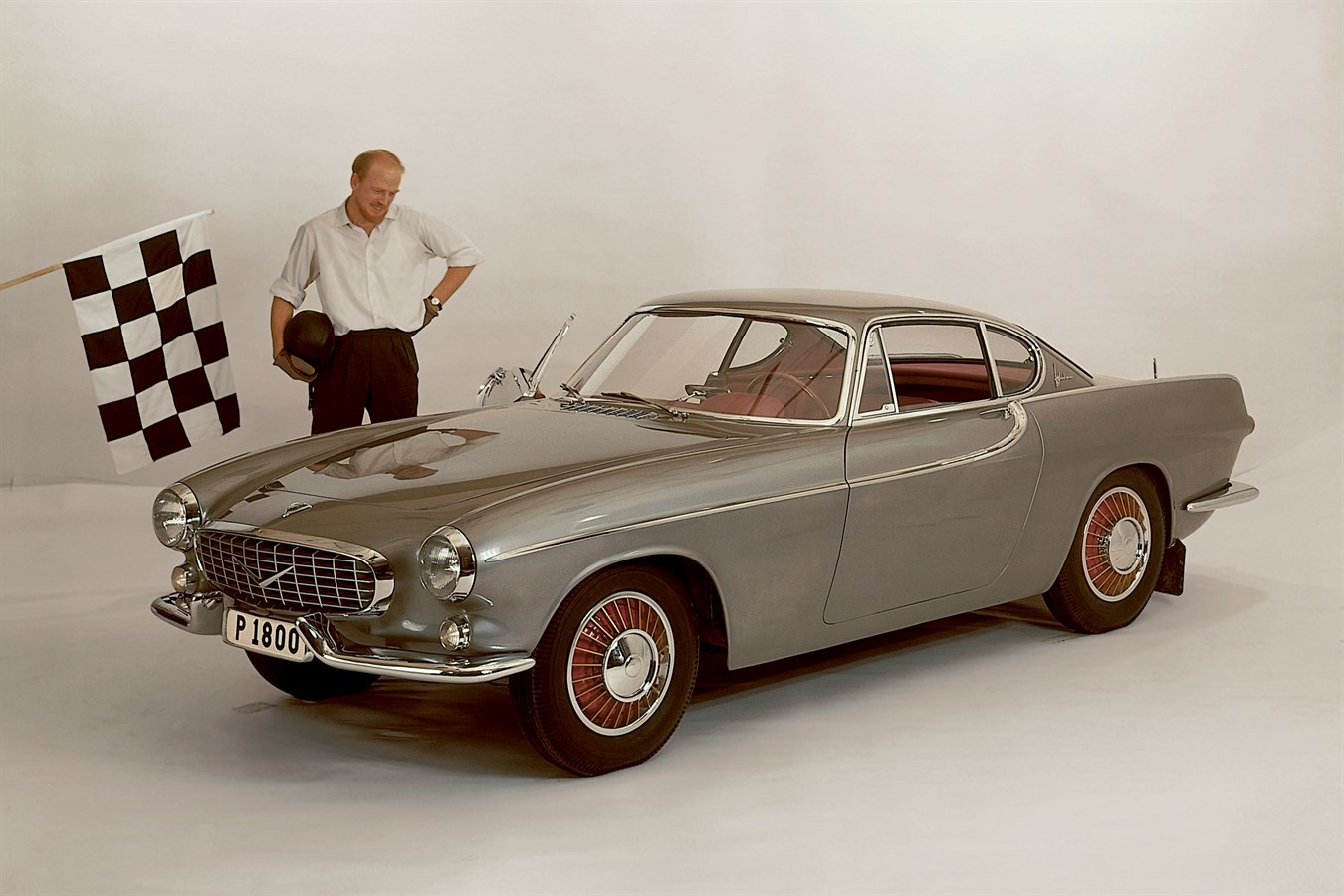 In the years that followed, Volvo dragged their feet on the project, refusing other potential German manufacturers, all of which frustrated Petterson. In the end, he tried to get investors to back him to the point that he could get the parts from Volvo and complete the project himself. Subsequent leaks of images of the car forced Volvo’s hand, and they finally “came out” with the car at the 1960 Brussels Motor Show. It was a smash hit, and a manufacturer in the UK was finally found ready and capable to make the P1800 a reality.

The P1800 was produced starting in 1960 for the 1961 model year, all assembled at Jensen Motors’ plant in West Bromwich, England. Production later moved back to Sweden in 1963. Models were built as either a 2-door coupe or a 3-door sports estate. The first engine used was the “Bensin 1800” shortened to B18 (‘bensin’ means gasoline in Swedish), which used SU carburettors and a unique set of 5 crankshaft bearings together producing 100-hp.

The initial production run of the P1800 produced about 6,000 units in the UK plant, before Jensen Motors started to have trouble maintaining Volvo’s quality standards. Production was thus moved to Sweden and new variants of the P1800 emerged, namely the 1800S, 1800E, and 1800ES. Many classic car museums will feature at least one of these production variants.

The “S” stood for “Sverige” (in English, “Sweden”). The 1800s initially carried the same B18 engine but with some small modifications to add about 8-hp to its rating and a top speed of about 109-mph. The P1800 did also feature an overdrive function on some models, however, that could push the top speed closer to 120-mph.

A new engine was created for the 1969 model 1800S model, the B20B. As the name suggests, this was a 2.0L engine that augmented the power to 118-hp. Although the new engine was an improvement, it was still very far from a classic muscle car. 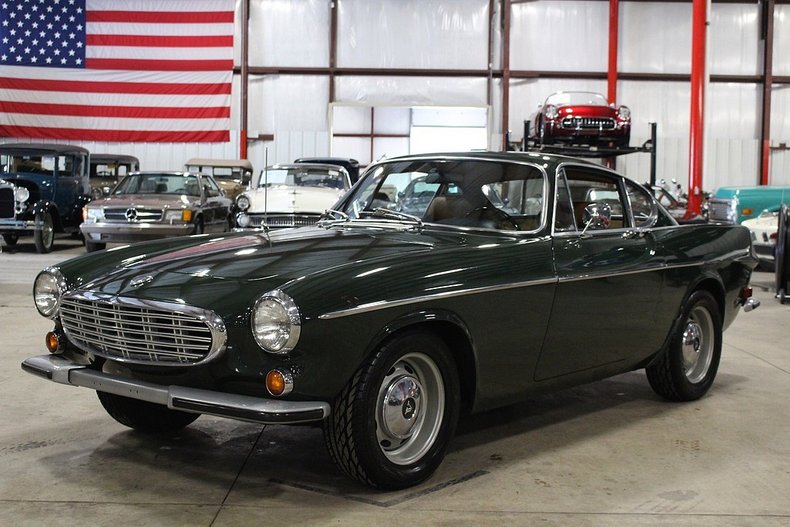 “E” was a popular addition to car model names around the 1970s, and the 1970 Volvo 1800E was no exception. It stands for “Einspritzung” or “fuel injection.” The 1800E featured a new Bosch-developed D-Jetronic fuel injection system in its new B20E engine. This unit could output up to 130-hp without losing an iota of fuel economy on the previous B20 model. The 1800E was also noted for abandoning rear drum brakes in favor of four-wheel disc brakes. 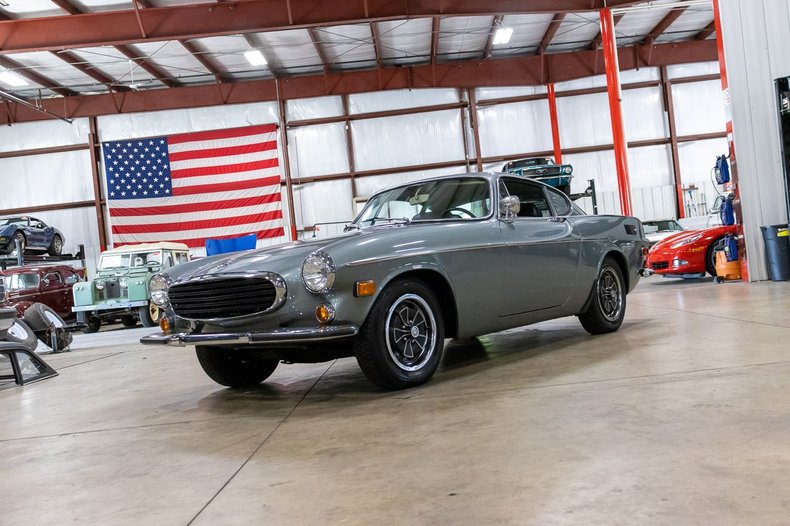 In 1972, the world was introduced to a rather unique kind of sports car, the 1800 ES 2-door station wagon design. It got a less powerful 125-hp engine, but lost none of the unique design features and Italian sports car DNA. The story for the American market was unfortunate, though, as Volvo could not find any reasonable justification to invest more in redesigning the models to suit incoming safety regulations in the mid-1970s. The 1800ES has a short-lived production run delivering just 8,000 units in 2 years. This is most commonly the least expensive model of the P1800, but is still more valuable than other affordable classic cars. 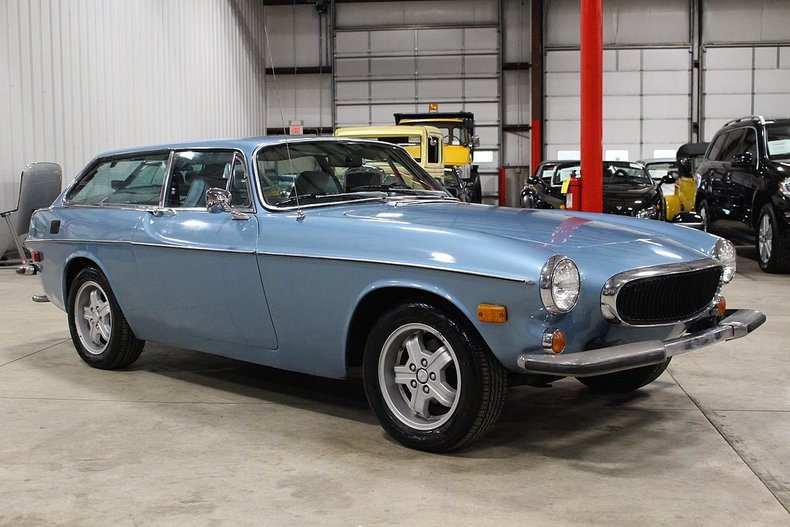