"The most beautiful car ever made." - Enzo Ferrari

The British sports car brand Jaguar has produced many iconic cars over the years, but perhaps none are more iconic than the Jaguar E-Type. It is very common to see the E-Type on almost anyones best classic cars of all time list. This car was first produced in 1961, and had a 14-year run right up to 1975. All models were manufactured in the company’s Coventry plant in the West Midlands, England.

The story of the E-Type concept began in the late 1950s after Jaguar had found great success in professional racing with their D-Type model, namely at the Le Mans 24-hour circuit. The company approved a new project that would use the D-Type model to build a street-legal car When the Jaguar E-Type was first introduced, the concept was presented as a grand tourer with a rear-wheel drivetrain, but in the format of a 2-seater coupe. 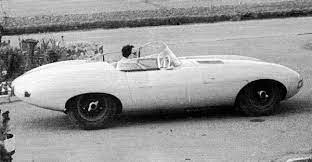 The early prototypes were not successful and didn’t make it past the factory testing stages. The first versions, dubbed E1A, were subsequently scrapped in 1957. However, the project was revived as E2A in 1960. Unlike the monocoque chassis of the E1A design, E2A used a steel chassis with an aluminum body. Under the hood was a 3.0L XK engine armed with a Lucas fuel injection system. In the end, however, E2A was retired as a race car, bouncing around the world from owner to owner before ultimately being sold at a classic car auction in 2008 for almost $5 million.

It wouldn’t be until 1961 that the first production versions, E-Type Series 1, finally emerged onto the market.

A total of 3 generations of Jaguar E-Type were produced over the years. Here’s a quick rundown of production years:

All E-Type Series models were produced as either a 2-door coupe or a 2-door roadster. The first 2 Series used variations of the Jaguar XK engine, while the Series 3 model switched to a Jaguar V12 engine. Most pretigious classic car musuems will have at least one of the production versions. Below is a quick summary of each Series model.

The first production model for the new E-Type was nearly a tragedy for the domestic British market as it was initially thought to make it for export only. That changed several months into the production run, however. The first 3 years saw the cars powered by a 3.8L XK inline-6 engine outputting 265-hp, but that was switched up to a 4.2L version of the same engine in 1964. Despite the greater displacement, this engine actually didn’t offer more power, but it did increase overall torque. Both versions could get from 0 to 60 in just 6.4 seconds. 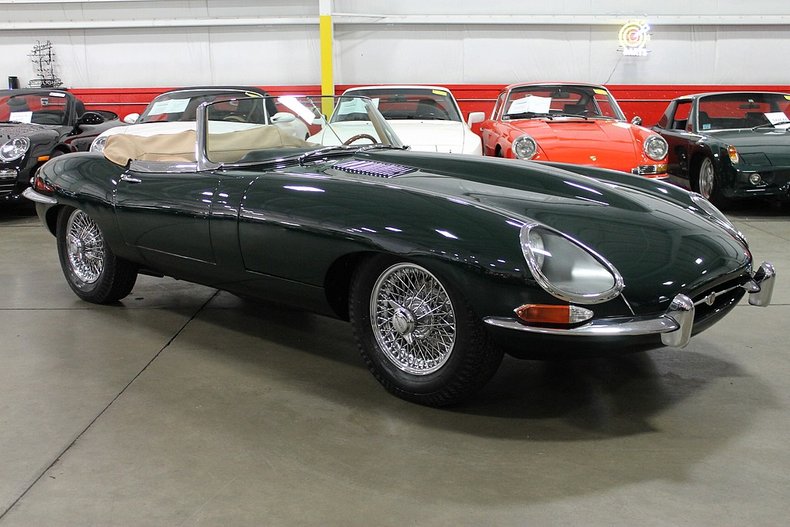 Tests of the car by reviewers found that the top speed was a rather mighty 150-mph with testing results numbering a little above or below that round figure. Other noted features of the carb besides its acceleration were its use of disc brakes. Rack-and-pinion steering, as well as an independent front and rear suspension.

It was the Series 1 E-Type that Enzo Ferrari was said to have remarked that it was “the most beautiful car ever made.” As a classic car dealer, we've seen a lot of vehicles come through our doors, and we have to agree with Mr. Ferrari. High praise, indeed. Around 38,500 of the Series 1 models were produced in the initial run. The Series 1 model is extremely valuable as is definitley not one of the most affordable classic cars.

The revolutionary nature of the first-generation car meant the Series 2 had to deliver something special to be positively set apart. The most notable changes to the car were actually in its safety features, largely a result of new mandates from the National Highway Traffic Safety Administration (NHTSA) in the US which is now among the top recognized safety standards in the US and the world.

The Series 2 featured the following changes:

For the engine, the same 4.2L inline-6 XK engine was used, but drivers in the US faced a slightly defanged version with reduced horsepower and torque. The Series 2 had a shorter run, and thus fewer models are still around today. Only about 19,000 were ever produced.

The first thing everyone noticed about the Series 3, of course, was the powerful 5.3L V12 Jaguar engine that appeared under the hood. The V12 was fitted with Zenit carburettors and could deliver up to 272-hp. 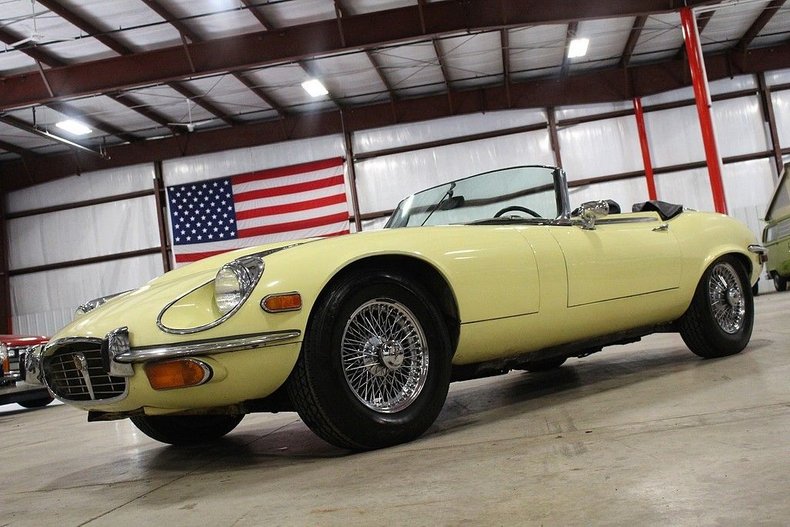 It also received upgraded brakes and the previously optional power steering became a standard feature. What’s more, it got a longer wheelbase which made the passenger cabin feel roomier and more luxurious, as a grand tourer should be. The front grille also became a cross-slatted design, which helped further distinguish it from its earlier sibling models.

It's not hard to see why the Jaguar E-Type is one of the most sought after classic vehicles. Their appreciation is high, and so is the value. We frequently get clients who want us to list their classic Jaguars for sale, but the E-Type's barely ever stick around for long! If you are an owner of a Jaguar, or any other vehicle, we recently released a classic car value guide to help you determine how much it may be worth. If you're in the market to sell your car, contact us today and we can explain how we can help you sell a car on consignment.