"Don't Stare At My Thing" 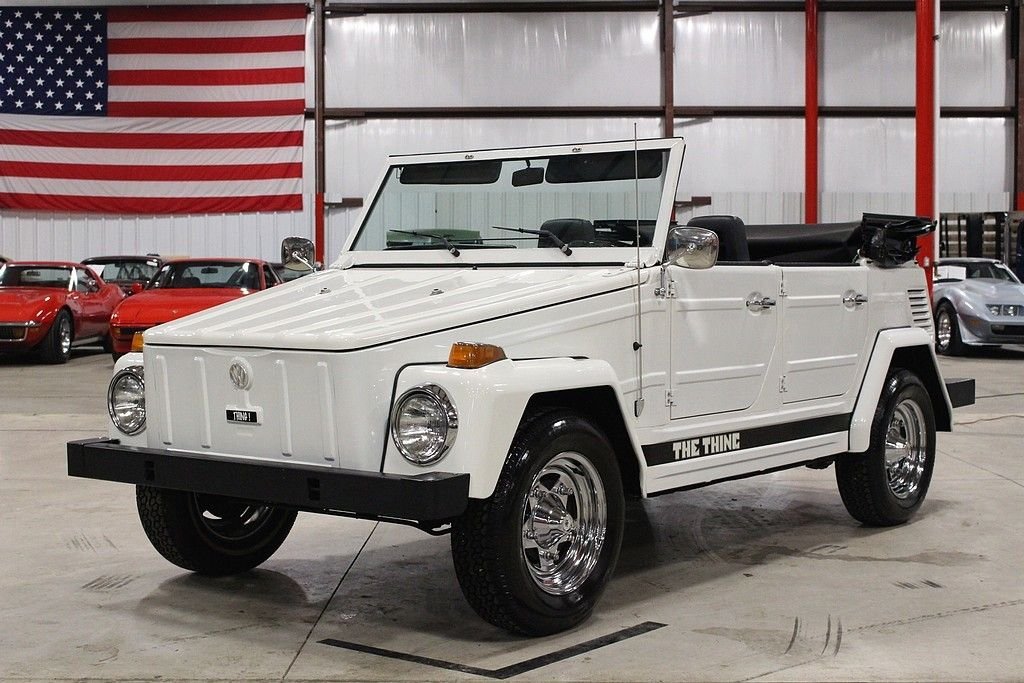 The type 181 that were are offering here shows remarkably well and runs and drives as it should. Tires have tons of tread left to bring you wherever you want. Comes with complete top with side curtains. The interior is in great shape as well. This Thing is equipped with a heater as well. Don't be left behind staring at this thing and hop aboard as it is surely a great addition to any collection or investment.