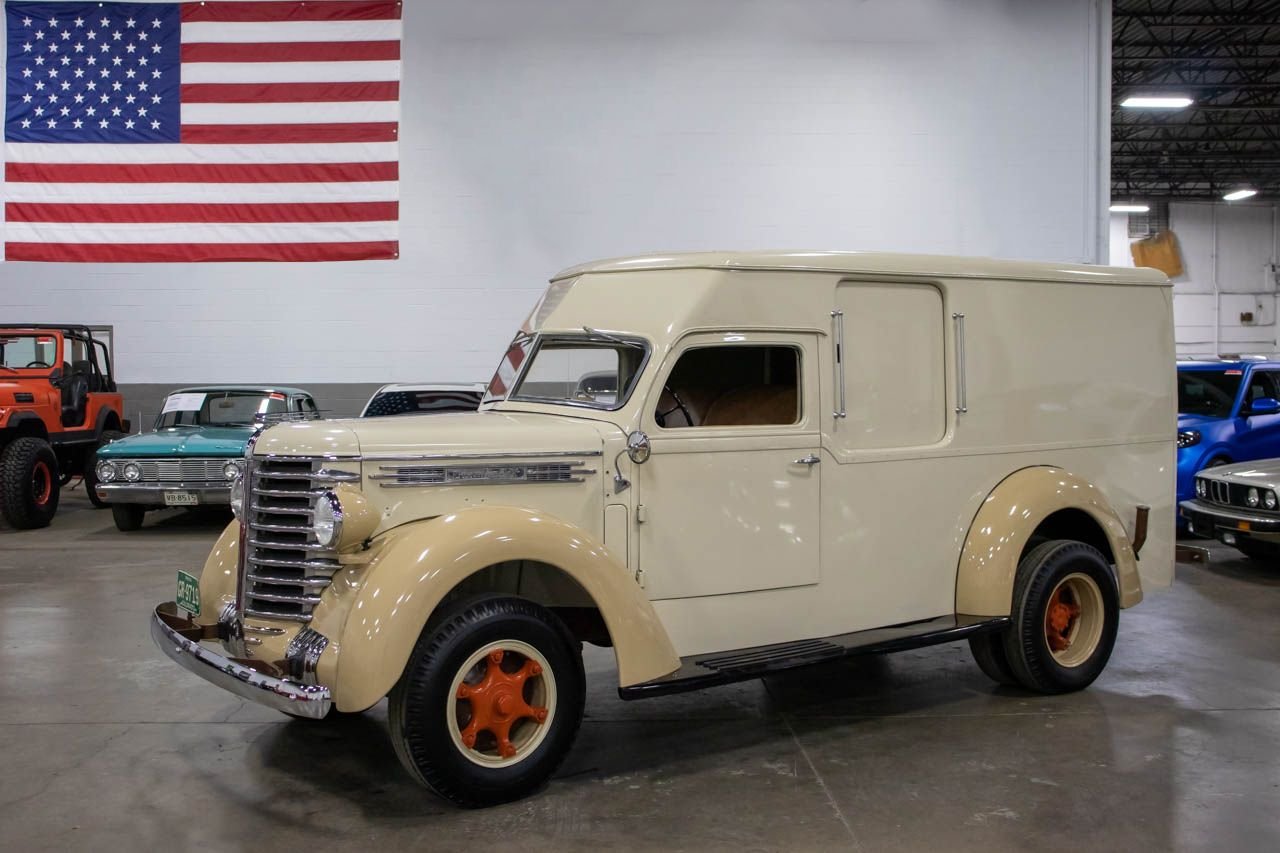 GR Auto Gallery is pleased to present this 1947 Dimond T 201 for your consideration. This 201 comes in a Cream exterior paint over a tan and wood interior. Powering this Dimond T is a 236ci Inline 6 paired with a 4-speed manual transmission. This Truck comes with some great features such as; power windows, leather seats, and sliding back windows. This is a very rare example of a Diamond T as this is 1 of only 12 known to still exist. Drive this one out of our showroom or have us assist with shipping it to you anywhere in the United States! Don't hesitate to give us a call with any questions or for more information.

The Diamond T Motor Car Company was founded in Chicago in 1905 by C. A. Tilt. Reportedly, the company name was created when Tilt's shoe-making father fashioned a logo featuring a big “T” (for Tilt) framed by a diamond, which signified high quality. The company's hood emblem on trucks was a sled dog in a harness. From its beginnings in manufacturing touring cars, the company later became known for its trucks. By 1967, as a subsidiary of White Motor Company, it was merged with Reo Motor Company to become Diamond Reo Trucks, Inc. During World War II, Diamond T produced a classic heavy truck in the 980/981, a prime mover which was quickly acquired by the British Purchasing Commission for duty as a tank transporter tractor. Coupled with a Rogers trailer, the truck gave sterling service to the British Army in the North Africa Campaign, where its power and rugged construction allowed the rescue of damaged tanks in the most demanding of conditions. In addition, Diamond T built the entire range of the G509 series 4-ton 6X6s, including cargo, dump, semi tractor, and wrecker trucks, as well as some lighter trucks, and even G7102 half-tracks. Diamond T ranked 47th among United States corporations in the value of World War II military production contracts. Diamond T manufactured three pickup trucks: Model 80,201 and Model 202. The pickups were powered by the Hercules QX-series 6-cylinder engines. Model 80 was produced from 1936 to 1938 and the Model 201 was produced from 1938 to 1949.