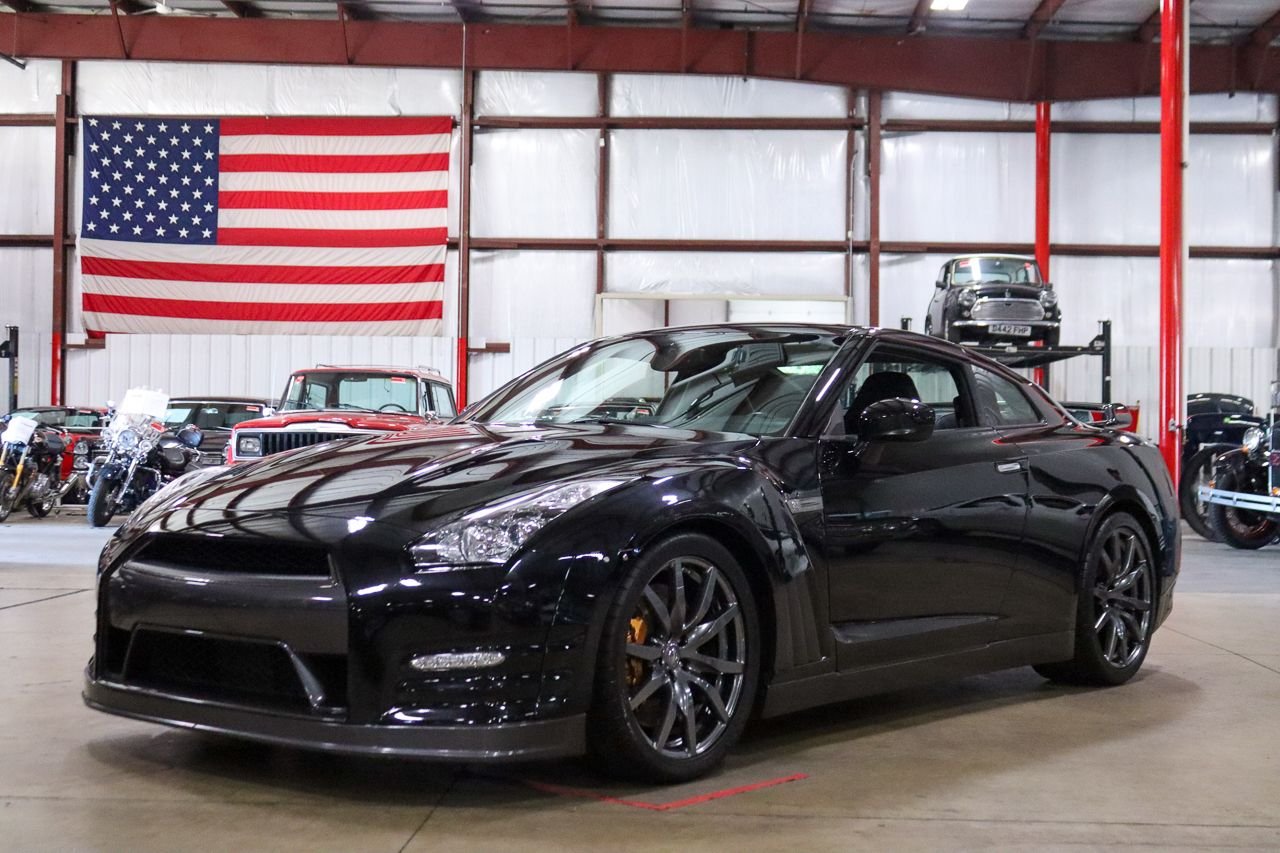 GR Auto Gallery is pleased to present this 2013 Nissan GT-R Black Edition for your consideration. It is finished in Black over a black interior and shows well. It has a cobb tuner installed. Powering the 2013 Nissan GT-R is a twin-turbocharged 3.8-liter V6 that produces 545 horsepower and 463 pound-feet of torque. Power is routed to the wheels through a six-speed dual-clutch transmission. The car rides on 20 inch wheels. This is an excellent running and handling example.

Between 1969 and 1974, and again between 1989 and 2002, Nissan produced a high-performance version of its Skyline coupe called the Nissan Skyline GT-R. This car proved to be iconic for Nissan and achieved much fame and success on both road and track. The Nissan GT-R, now a standalone model no longer based on the Skyline, has a heritage in the Nissan Skyline GT-R. Similar to the later generations of the Skyline GT-R, the GT-R is a four-wheel drive with a twin-turbo 6 cylinder engine and has the signature four round taillights. However, the GT-R is an entirely new model, sharing little with its Skyline siblings, and is a complete redesign from previous Skylines, rather than an incremental evolution; the four-wheel-steering HICAS system has been removed and the former straight-6 RB26DETT engine has been replaced with a new V6 VR38DETT. Because of the GT-R's heritage, the chassis code for the all-new version has been called CBA-R35, or 'R35' for short (where CBA is the prefix for emission standard), carrying on the naming trend from previous Skyline GT-R generations. The GT-R has also retained its Skyline predecessor's nickname, Godzilla, given to it by the Australian motoring publication Wheels in its July 1989 edition.