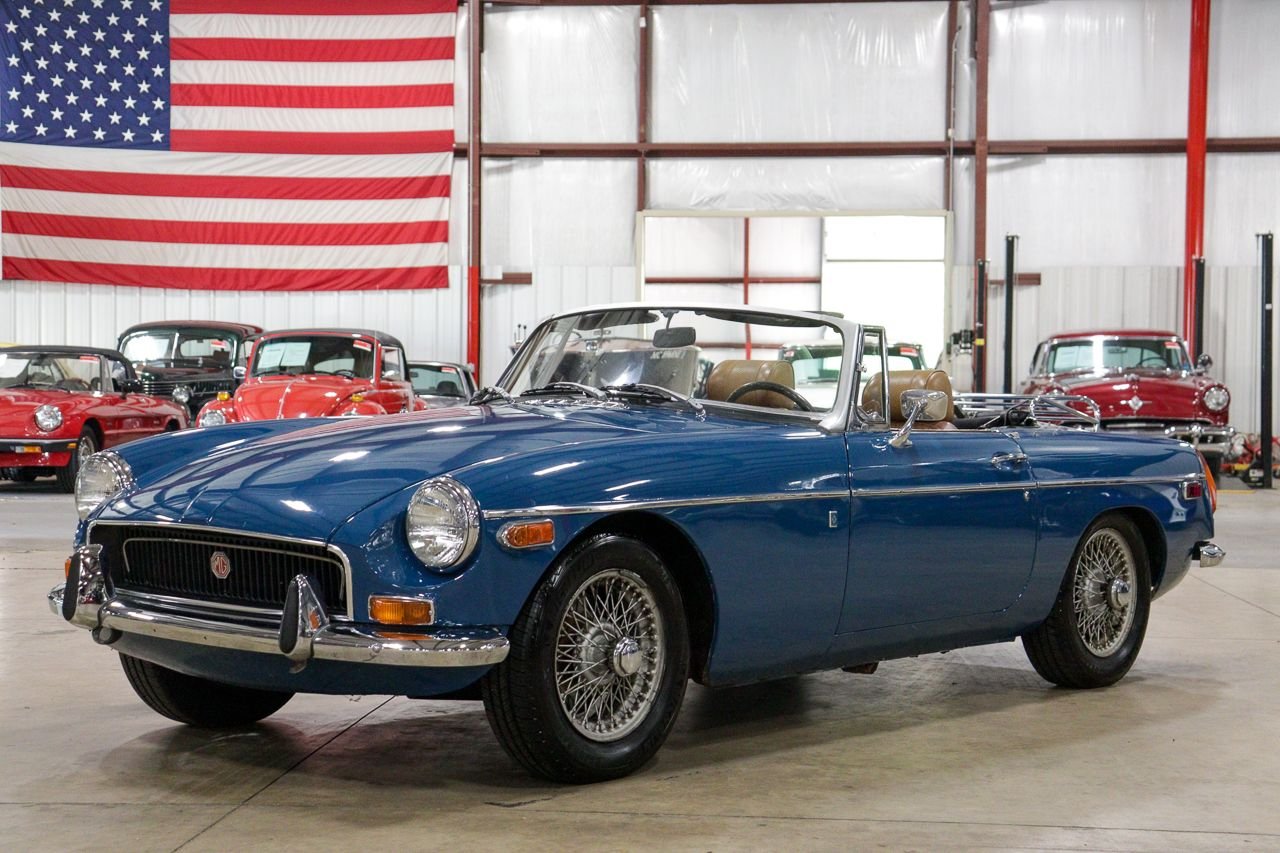 Production of the MGB began in October 1962 just after the production of the MGA had ceased. Though often referred to as a roadster, the MGB had roll up windows, outside door handles and vent wings. A Mark II version was added in 1967, and the car stayed in production until 1980, becoming one of the most successful British sports cars of all time, with a total of over 300,000 cars being exported to the U.S. alone. The classic MGB's continued the stronghold that MG had over the market of small roadsters than began post World War II. With great styling and handling (featuring a better suspension than MGA's) the MGB continued to gain popularity in the United States. 1975 marked the 50th anniversary for MG.

The 1971 MGB offered here has been owned, enjoyed and cared for by the current owner for the last 25 years. It remains in solid condition and shows well. The car has been repainted, given a new top, new tires and recently had the carburetors tuned. The car rides on 14 inch wire wheels with Michelin tires. Other highlights include chrome luggage rack, Kenwood CD player, and a tonneau cover. The car holds the road and operates as it should.