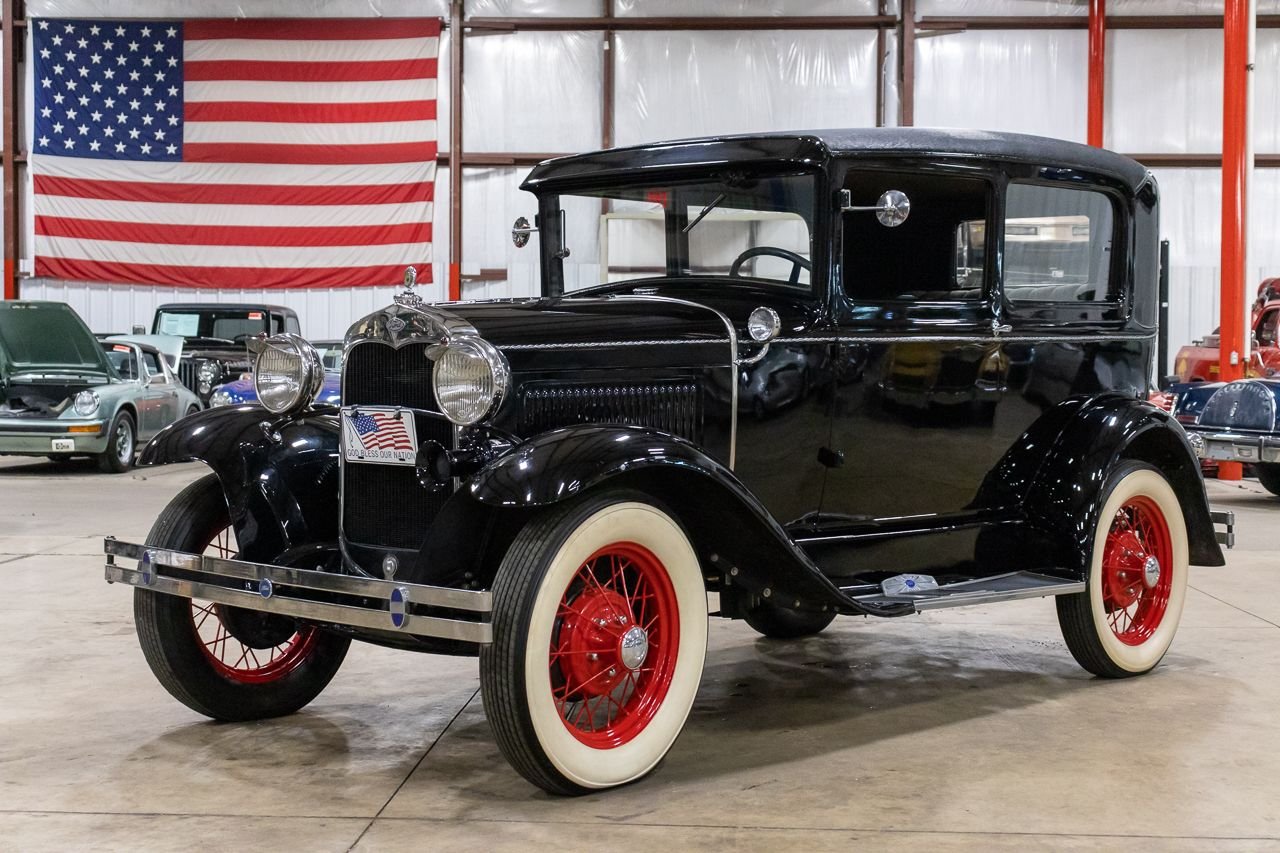 GR Auto Gallery is pleased to present this tidy 1930 Ford Model A Tudor. The car appears to be all steel and his straight and tight. The 4 cylinder engine purrs as a Model A should and the manual transmission functions smoothly. The car has been owned by the same family for the past 51 years and has been kept in good condition.

The red wire wheels wrapped in whitewall tires contrast with the black body. The black paint shows well against the chrome bumpers and brightwork. The black and gray cloth interior has been redone at some point and shows very well and the seats are nice and comfortable. Other highlights include a rear-mounted spare tire and a chrome grill protector. This example comes with numerous spare parts and maintenance literature as shown in the pictures. Also, note that the flame pinstriping along the side is a decal and can be removed easily.

The Ford Model A (also colloquially called the A-Model Ford or the A, and A-bone among rodders and customizers), was the second successful vehicle model for the Ford Motor Company, after its predecessor, the Model T. First produced on October 20, 1927, but not introduced until December 2, it replaced the venerable Model T, which had been produced for 18 years. This new Model A (a previous model had used the name in 1903–04) was designated a 1928 model and was available in four standard colors. By February 4, 1929, one million Model As had been sold, and by July 24, two million. The range of body styles ran from the Tudor at US$500 (in grey, green, or black) to the Town Car with a dual cowl at US$1200. In March 1930, Model A sales hit three million, and there were nine body styles available. Model A production ended in March 1932, after 4,858,644 had been made in all body styles. Please call or email today with any questions or for additional information.