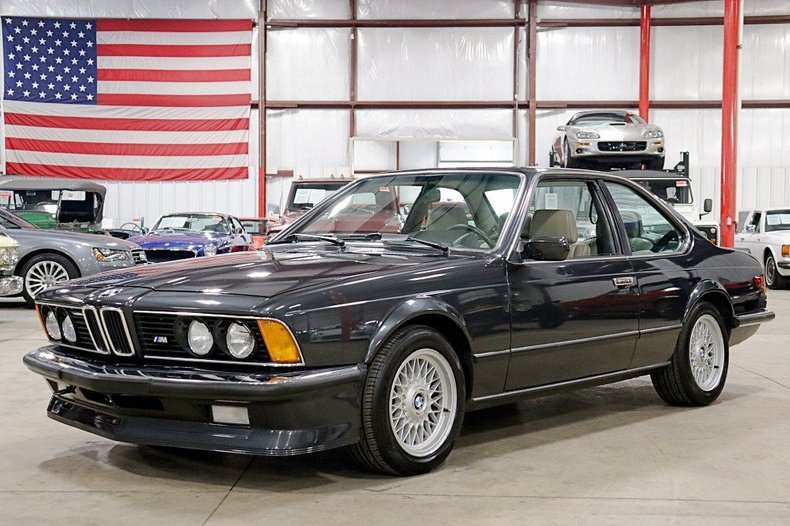 The 80's “shark nose” BMW's are very well respected and sought after by the masses as these are stunning vehicles to drive and experience. The M series was only offered in the European markets in the early 80's and are very desirable and rare to see in the US market.

Pleased to offer this well sorted and performance based coupe. This 1985 BNW M635csi will impress the kid next door as well as any cars show judge. This vehicle was produced in January of 1985 and was imported that year into Texas where it remained till 1994 and sold to a BMW enthusiast in California. The car remained in his custody up until 2017 where the new owner had the car stripped and painted in its original Diamond Black Metallic paint. Further the engine, transmission, suspension, brakes, power steering, were rebuilt, replaced or serviced properly. The car received a valve adjustment, new oil pump and sprocket and rod bearings in the past 6 months according to previous owner.

Vehicle runs and drives smoothly without any engine or transmission issues when we drove it and tested it for a nice 35min drive. Clutch engages nicely and eases into all gears with precision. Vehicle is equipped with sunroof, A/C, power windows, stereo and on-board computer along with many other great standard BMW performance items.

Interior is in really nice shape and mostly original other than a new dash. Paint shows great and the 16in BBS wheels really give the car a great stance. Vehicle comes with owner's manual, two keys, tool kit and clean title. These are quickly appreciating and true M series cars that have been cared for nicely are only going up in value each quarter. This is a great opportunity to get in before the masses catch on.