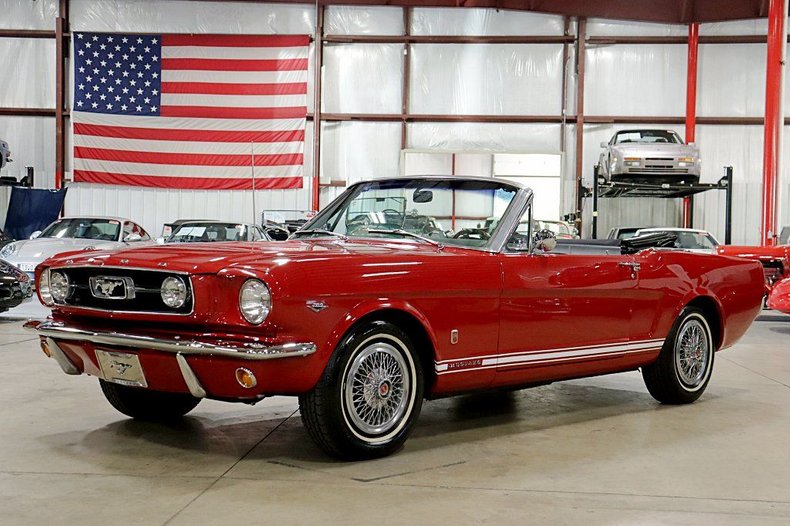 GR Auto Gallery is pleased to present this stunning, highly restored, 1966 Ford Mustang GT convertible for your consideration. The car came off the assembly line in Dearborn, MI on December 18, 1965. The car was acquired from an estate. The car had been stripped down and primed then sealed then painted with 2 base coats and 3 coats of clear. The Mustang is finished in Candy Apple red and shows very well.

This Mustang is powered by a 289 v8 paired with an automatic transmission. The engine compartment is highly detailed and presents very well. Highlights include a new Holley 600c.f.m. 4 barrel carburetor, dual exhaust, fog lights and disc brakes – which were standard on the GT. The car also has brand new radiator, heater core, front wheel bearings, front disc pads, master cylinder, convertible top and boot, all new shock absorbers, all new interior, spare tire. This car is an outstanding example and a must have for any collector or enthusiast.