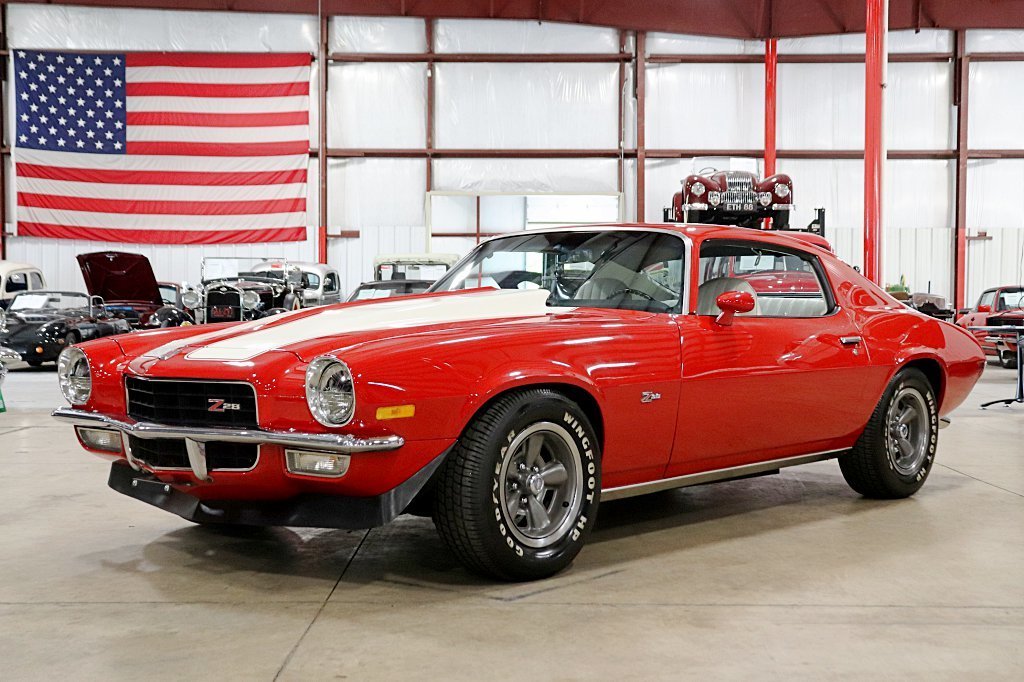 GR Auto Gallery is pleased to present this spectacular 1972 Chevrolet Camaro Z28 for sale. The Z28 offered here has an impressive history that is well documented in a book that has been made about this specific example. The original owner of the car was a GM Flint employee and purchased the car in 1971. The purchase of the car was done through a direct order to the factory meaning that this car never sat in a dealer lot.

The car then moved from Michigan to California to South Carolina and then finally back to Michigan. From 2007 to 2010 this car underwent a complete restoration. Some minor bodywork was performed after the car had been walnut shell blasted to repair a dent from the car's drag racing days. The paint was redone in 2010 and is the original Cranberry Red color. Despite being no trailer queen, the paint is in extremely good condition and shows great.

When this car was ordered a white vinyl interior was selected. The book notes that this choice was due to the hot days spent at the race track. At the time of restoration, the seats were replaced but the door panels had to be refurbished. Also at the time of restoration Wilwood front disc brakes were added along with repairing or replacing any seals, mounts, wiring harnesses, hoses, and belts that were in need of repair. Over $30,000 was spent on the restoration along with over 650 hours being poured into the car. Please call or email with any questions or for additional information on this 1972 Chevrolet Camaro with a great history.