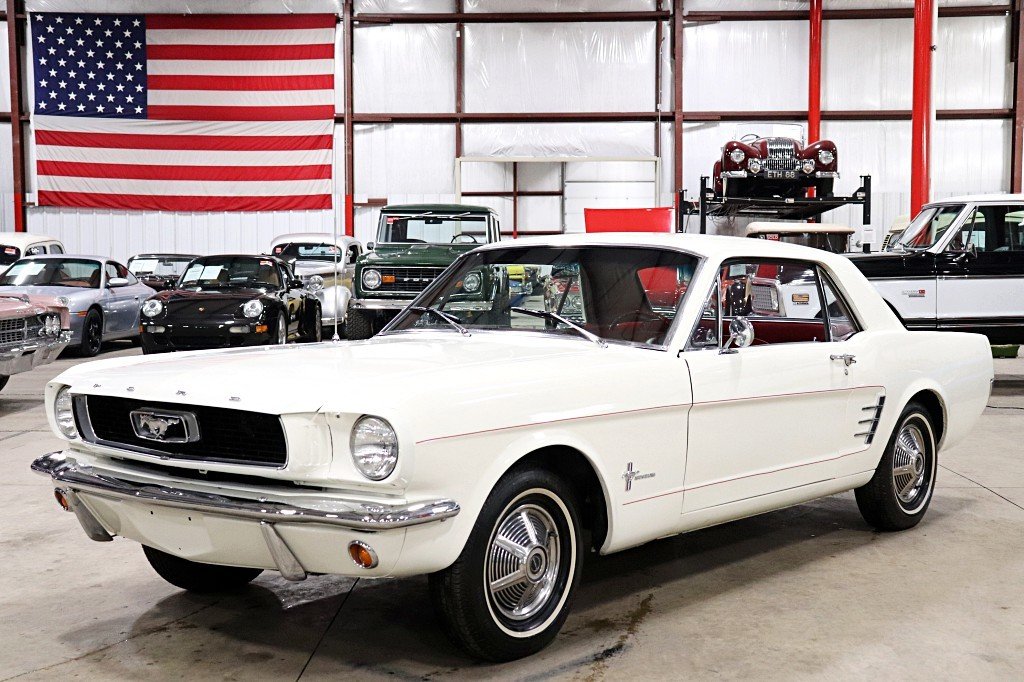 GR Auto Gallery is pleased to present this simple but yet highly satisfying 1966 Ford Mustang for consideration. With just a turn of the key the small 200ci I6 comes to life and idles and runs as it should. The three speed manual transmission is strong in each gear and pairs great with the inline 6. The white exterior shows well over the red interior. A red pinstripe accents the body well. The interior is very neat and tidy. With now power steering or power breaks, this car is just you and the road making for an exciting ride. The car goes down the road smooth with no shimmy or shakes. Other highlights include AM/FM radio, nice chrome, 14 inch factory steel wheels with factory hubcaps with slim white wall tires, shop manuals and car cover.