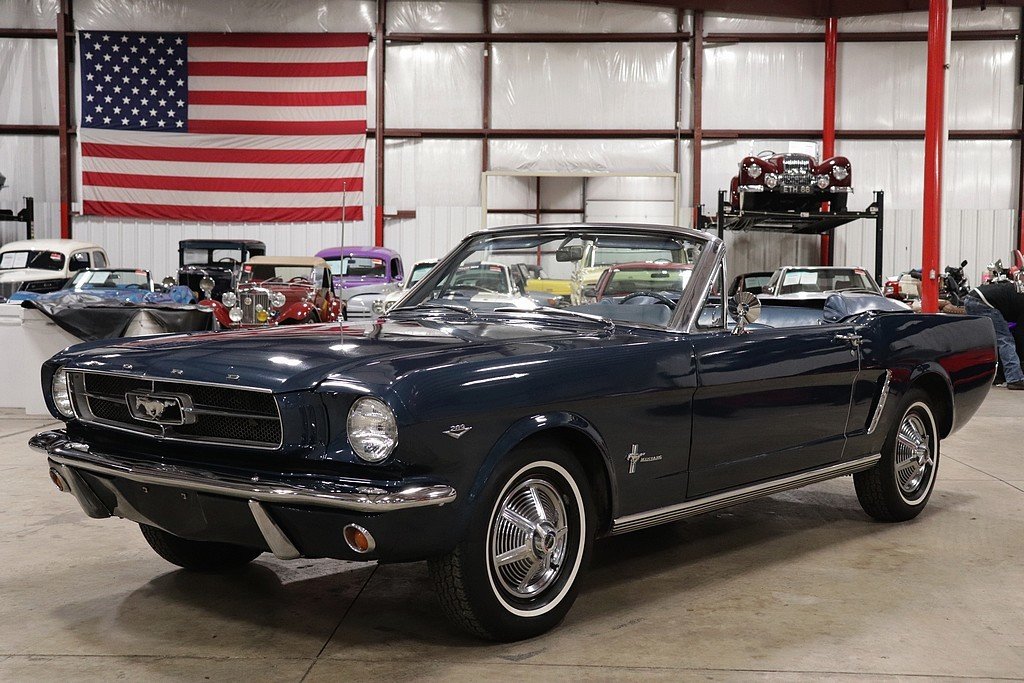 GR Auto Gallery is pleased to present this 1965 Ford Mustang convertible for your consideration. Finished in blue over a blue interior, this affordable classic shows very well. The car just had a brand new convertible top installed and the power top works as it should. The chrome remains in good condition and shines well. It is powered by its 289 v8 paired with an automatic transmission. Highlights include AM radio, cruis-o-matic automatic transmission, spare tire and jack. The car rides on factory 14 inch wheels with P195/75 whitewall tires. The car runs and drives well and is a must have for any collector.