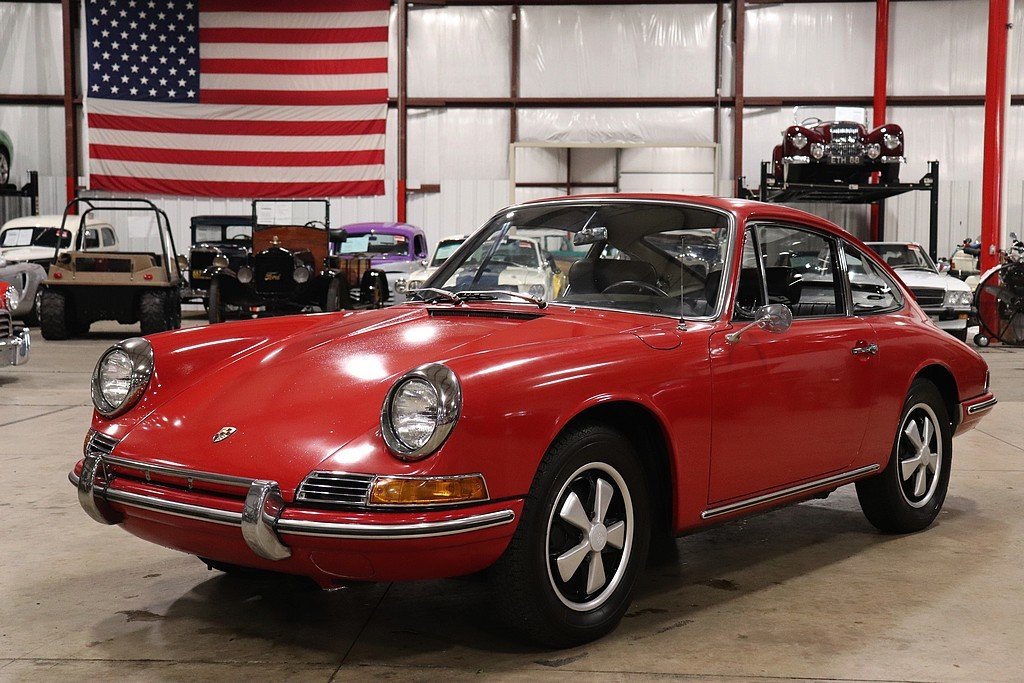 As production ceased on the 356 model in 1965 and the introduction of the much more powerful and expensive 911 replacement, Porsche and its advertisers were worried that the price jump would be too much for consumers to handle so the introduction of the 912 was born. It used the same styling, body and structure of the 911 except it was lighter and more nimble. It outsold the 911 for a couple years until mindsets caught up with the technology and price of the 911. It was produced initially from 1965 through 1969 until the 914 was debuted as Porsches entry level model. It was later brought back for a one-year only after the 914 was discontinued in 1976. The 912's are becoming harder and harder to find in stock original condition because they were the cheaper cars and people were not afraid to cut them up and turn them in to race and rally cars.

GR Auto Gallery is pleased to offer this highly original, 1965 Porsche 912 for world consideration. The car remains highly original and possesses an incredible original core structure. The interior appears to be completely original including seats, carpet, door panels, excellent dash etc. The under carriage appears to be untouched with the exception of serviceable items as does the motor and motor compartment. The car is said to be a 3 owner car with the last owner having the car in his possession for the last 34 years. The car has been well kept throughout his ownership with service receipts dating back to the early 1980's.

Today at just over 100,000 miles since new, the car remains in very honest original condition, is a complete blast to drive and is a staunch representative of the classic Porsche marque.
The Porsche 912 represents one of the purest times in Porsche manufacturing history. They were meant to be simple, meant to be sleek design and meant to deliver driver satisfaction.

These cars are and will always be an automotive investment. A must have for any vintage automotive enthusiast.
Documentation incudes: Original Owners Manual and Original Maintenance book with original clear plastic portfolio, a ton service history, Porsche Certificate of authenticity and a hand written vehicle log.