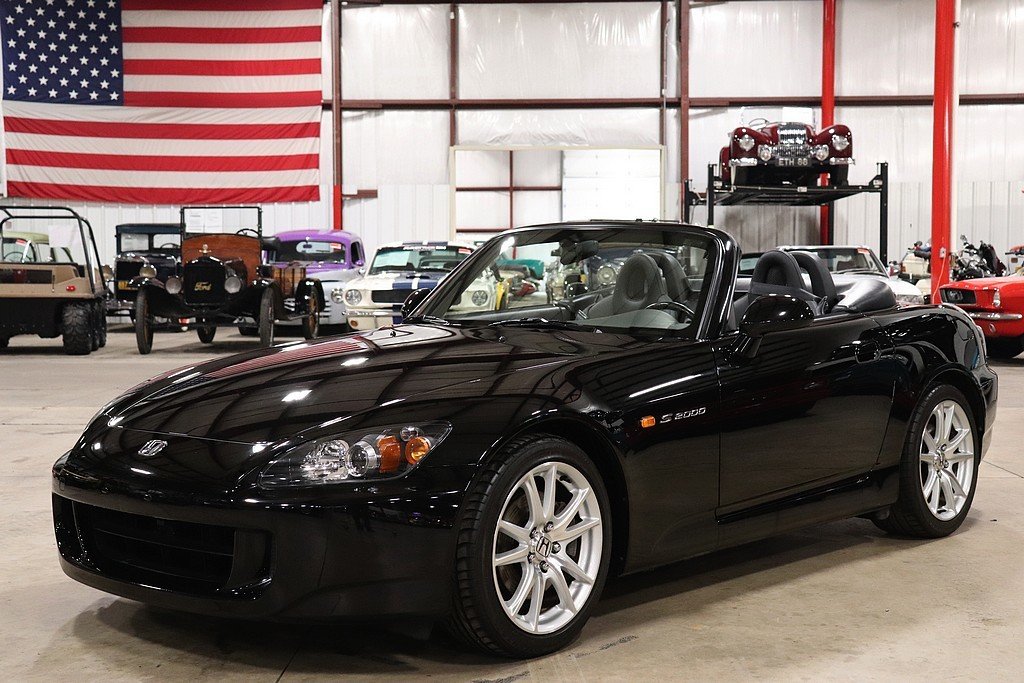 First shown as a concept car at the Tokyo Motor Show in 1995, the production version was launched in April 1999 to celebrate the company's 50th anniversary. The S2000 is named for its engine displacement of two liters, carrying on in the tradition of the S500, S600, and S800 roadsters of the 1960s. Several revisions were made throughout the car's lifetime, including changes to the engine, gearbox, suspension, interior, and exterior. Officially two variants exist: the initial launch model was given the chassis code AP1, though cosmetically similar, the face-lifted version (known as the AP2 in the US) incorporated significant changes to the drivetrain and suspension. Production of the S2000 ceased in June 2009. In Japan, it was exclusively sold through the Honda Verno sales channel.

Today at only 15432 miles and responsible ownership, this S2000 remains in fantastic condition in all areas. The car offers a true open sports car driving experience that rivals anything in its class coming out of Europe at that time. This, coupled with its know reliability and relatively low maintenance schedule, the S2000 is a globally sought after sports car. Low mile, fully documented examples such as the car here are in demand the S2000 is an automotive investment. Documentation includes: Original window sticker, All original books with dealer portfolio, documentation of an upgraded professionally installed sound system featuring blue tooth and SeriusXM Ready and a perfect CARFAX.