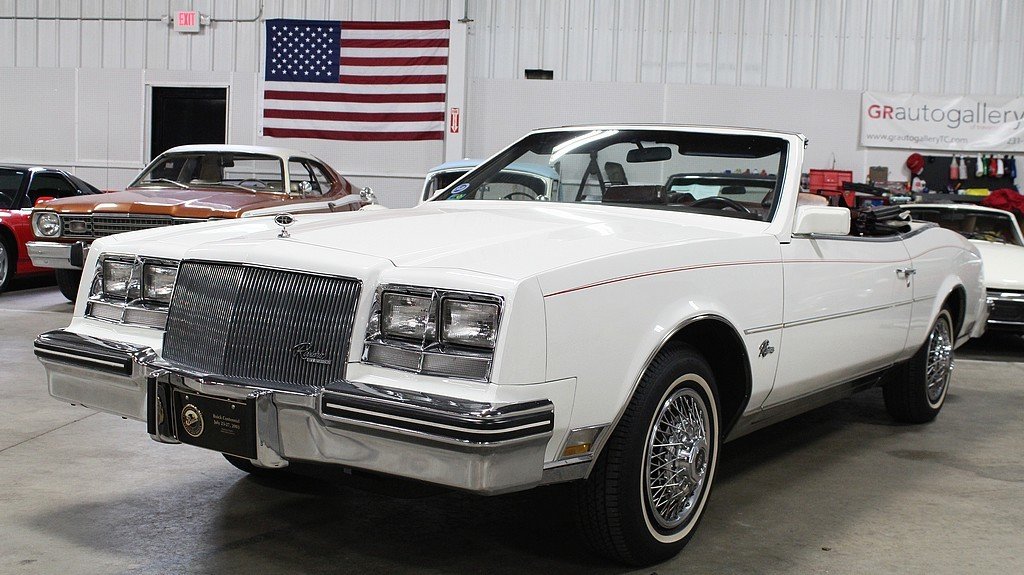 Built for nearly thirty six years and seven generations of changes, the Buick Riviera was among the elite when it came to American automobiles. In its lifespan 1,127,261 Rivieras were produced. Latin for Coastline, the name Riviera was chosen to evoke the allure of affluence. The sixth generation was built from 1979-1985 and are considered the last of the Big GM cars. This was also the debut of the the Front-Wheel Drive Riviera. Many different engine options were offered and again by 1982 a convertible was offered, however not many were built because of the overwhelming cost at the tune of nearly $24,000. They were also only built in one of two colors, white or red with red being the only color option for the interiors. This particular car has traveled just over 46,000 miles from new and has recently come out of the R.E. Oldsmobile museum in Lansing MI. This car shows as it was new with perfectly crystal clear paint and trim. The interior is perfect with the convertible top operating smooth, even and flawlessly. This Rivieras Air Conditioning blows ice cold with working climate control and radio. All seat controls work as they should with the only thing that has been changed since it rolled off the assembly line is a new tail pipe and muffler behind the catalytic converter. This car is in immaculate condition and is ready for its new owner.