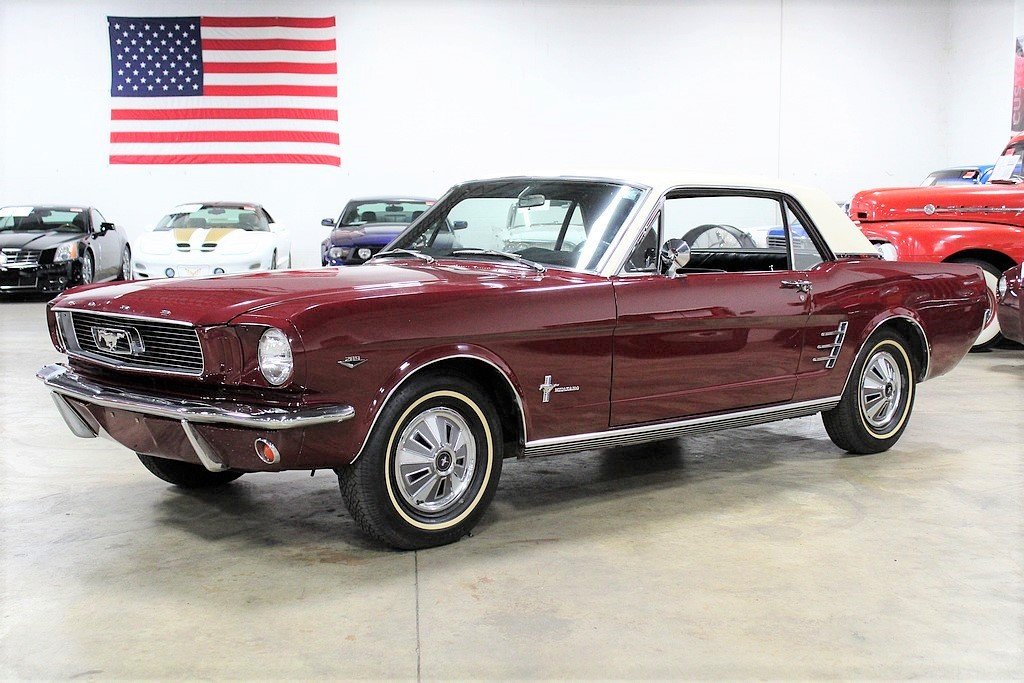 GR Auto Gallery is pleased to present this 1966 Ford Mustang Coupe for your consideration. Suiting a Burgundy paint job with a Creme cap this Mustang presents itself well. The interior is finished in a Black Vinyl that is believed to be fully original. According to the current owner this vehicle has been kept original other than the exterior paint. With just a turn of the key the 289ci V8 comes to life and pairs great with the Automatic transmission. The current owner of the vehicle has had it in his hands over the last 9 years and has enjoyed it throughout. All of the gauges appear to be functioning as they should and according to our vehicle intake inspection; all of the vehicles lights, windows, hood and trunk latches, radio, seats, and wipers are functioning. Please call or email us today for more information.