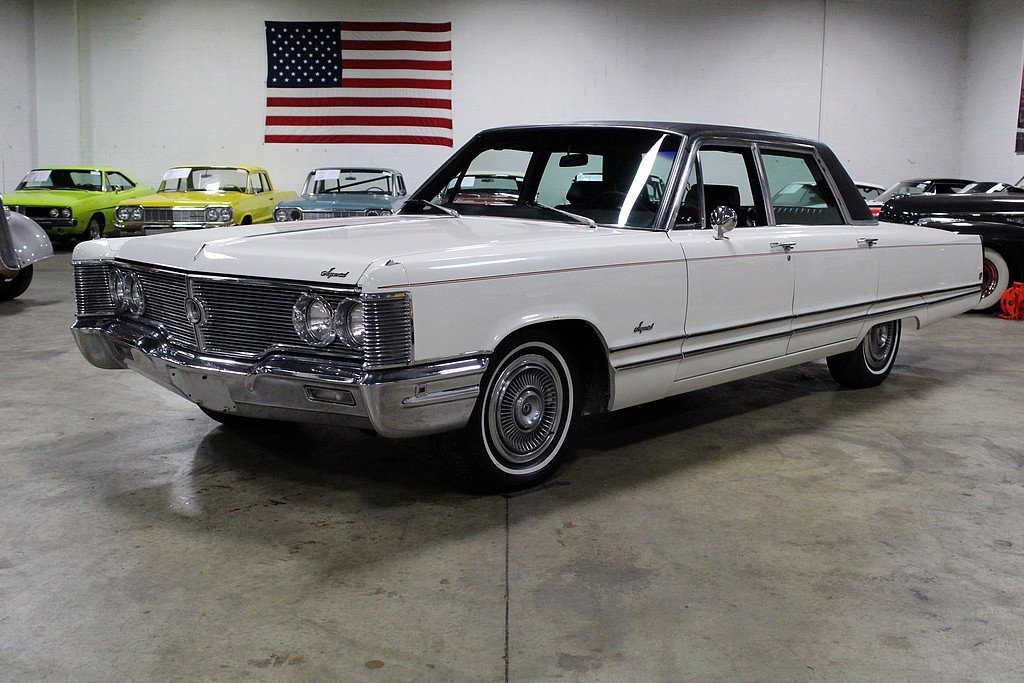 The year was 1968; Apollo 8 became the first manned spacecraft to orbit the moon, Dr. Barnard performs the first successful heart transplant, McDonalds introduced: The Big Mac for $0.49, Coincidence??? Boeing introduced the Largest Aircraft ever produced handling 490 passengers and 33 Flight Attends, standing nearly 6 Stories tall! Not to be out done…Chrysler produced the last of its Largest Vehicle the Chrysler Imperial weighing in at 4,775 pounds and sat nearly 80 inches wide and nearly 225 inches long! This land yacht was striking and luxurious like the coachbuilt era of the 30's it was the last of its kind! There was a sense of Prestige that came with owning one of these powerful and smooth sedans home to the LEGENDARY Torqueflight transmission. According to Wheels, 1966: The Torqueflite transmission is one of the smoothest and trouble-free units in the world even when compared to Mercedes Benz and Rolls Royce! A little known fact is MANY Luxury Automakers adopted this transmission. Manufacturers like Aston Martin, Maserati, Land Rover, Monteverdi and Facel. According to Chrysler; “ The 1968 Imperial is powered by the largest automobile engine ever offered by Chrysler Corporation. At 70 MPH it is scarcely audible…its automatic transmission is perhaps the smoothest and most imitated in the world”.

GR Auto Gallery is pleased to present this beautiful survivor! Resplendent in its glossy original Arctic White paint with but the slightest patina it has truly and obviously been lovingly cared for. The current owner has had it in his collection for the better part of 18 years and has showed it the respect and care deserved by one of the most capable and luxurious vehicles ever to powerfully cruise down the open roads! All the power options work, the car runs very smoothly, effortlessly eating the asphalt as if it were 1968 all over again. No trailer queen here, this car is meant to be driven! The owner drove her over to us and we were not certain he was going to get out of it!! The Power steering, Power locks, Power brakes and power antenna and cruise control all work as they should! To own this car is to own a piece of history and the end of an era the likes of which are not likely to be seen again!