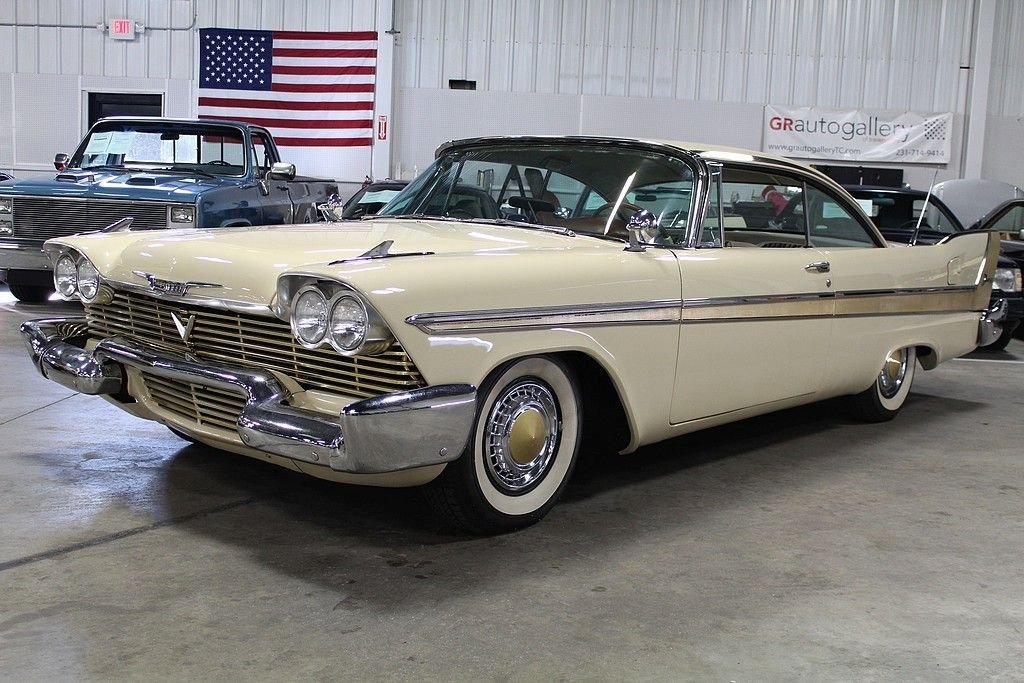 The Fury comes from a type of anger which was inspired by the Furies, a mythological creature from Roman mythology. It is also the name that Plymouth used on a model of automobile from 1955 through 1989. It was mid to full-size model and is most famous for the movie Christine by Stephen King from 1983. It also has some very loyal followers in the collector car market. This particular car that is on consignment and was purchased by the seller in 1996 was in fact painted Christine Red over Ivory when he brought the car home. The car was brought back to the Detroit area from Minneapolis. The car was in rough shape however said to be rust free. This is where the seller decided to take it back to its original condition which meant re-painting back to the only color offered that year of Buckskin Beige. This also meant a completely restored interior that is one of the cars best attributes. The paint still shines very nicely as is the chrome and brite work. Work on the mechanicals most importantly the motor determined that the engine had been changed as the engine number was L350 52891 which at first glance is a 350 but the Golden Commando codes were LL. This was determined after obtaining the IBM card that the original engine was a 318. This 350 was a later run than the
Golden Commandos. Period correct but not original to the car at delivery. It does have the first generation valve covers and early spark plug wire routing. It now has an electric choke. The crankshaft seal was replaced in 2001 and it was revealed that the internal engine was very clean. The car presently has electronic ignition and a larger starter from a 440. Both the original parts comes with the car. It also has larger brakes from a Windsor model. It was a common fix at the time when customers complained about poor braking. A copy of the IBM card, original manual and drivers instruction as well as a car cover come with this incredible car.
To see over 80 photos of this car, including under carriage please visit our website www.grautogallery.com