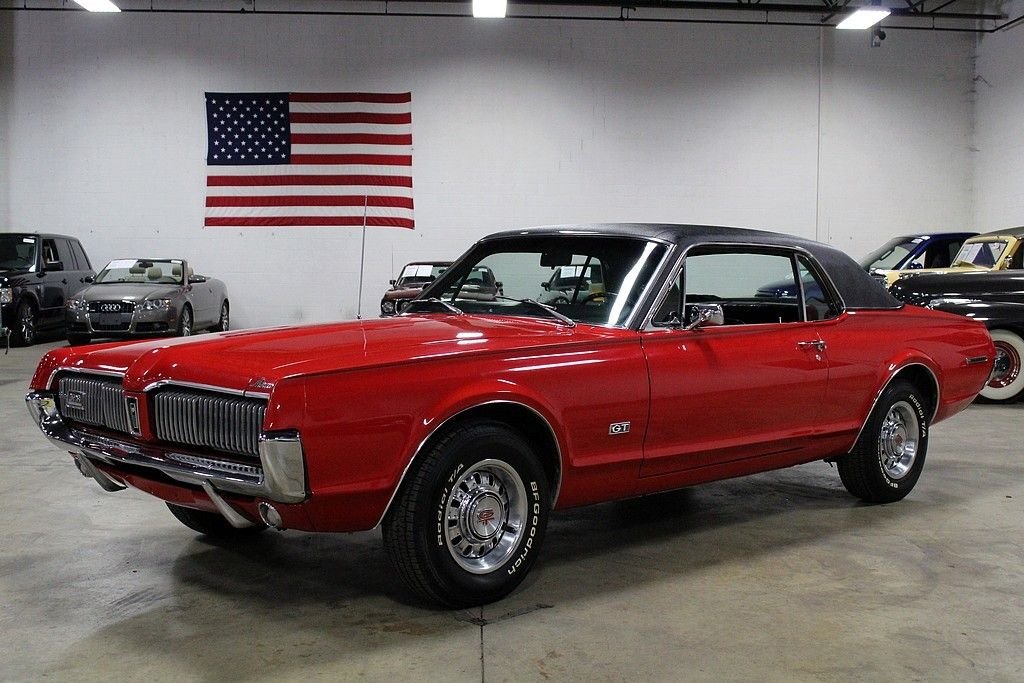 The Mercury Cougar is a nameplate applied to a diverse series of automobiles sold by Mercury from 1967 to 1997, and again from 1999 to 2002. While most examples were produced as two-door coupes, at various times throughout its production life, the Cougar was also sold as a convertible, four-door sedan, station wagon, and hatchback. During its production life, as was common practice within the Mercury division, the Cougar shared much of its underpinnings with a Ford counterpart. At the time of its introduction, it was based upon the Ford Mustang. As the Mustang was downsized and redesigned in 1974, the Cougar became based upon the intermediate Mercury Montego (itself based upon the Ford Torino), becoming the replacement for the Montego in 1977. As the Cougar XR7 became the equivalent of the Ford Thunderbird in 1977, the Thunderbird would serve as the Ford counterpart of the Cougar for two decades. After its initial discontinuation, the Cougar emerged as a replacement for the Ford Probe sports coupe, based on the Ford Contour "world car"; as such, it was sold outside of North America as the Ford Cougar.

GR Auto Gallery is pleased to present this 1967 Mercury Cougar GT for your consideration. The current owner has enjoyed this cougar for the last 15 years, it was purchased here in Dexter, MI. Prior to that, the vehicle was sold out of Duffy's Classic Museum in Iowa. Some key features of this rare Cougar include; 390ci 4v V8 engine, 4 speed manual transmission, tilt wheel, factory air conditioning, and a bench seat. According to our vehicle intake inspection, all the exterior lights (high, low, taillights and turn signals), hood and trunk latches, door locks, air conditioning, heater, windows, radio, wipers and horn are in good condition and function as they should. Overall this is a great driver that could be taken to the next level if desired. The paint is very nice for the age of the restoration, the motor runs very strong, and the transmission shifts smoothly and is strong in all gears. Hop in and enjoy this American beauty or add to your collection and you will not be disappointed.