"For Those That Desire Something Different" 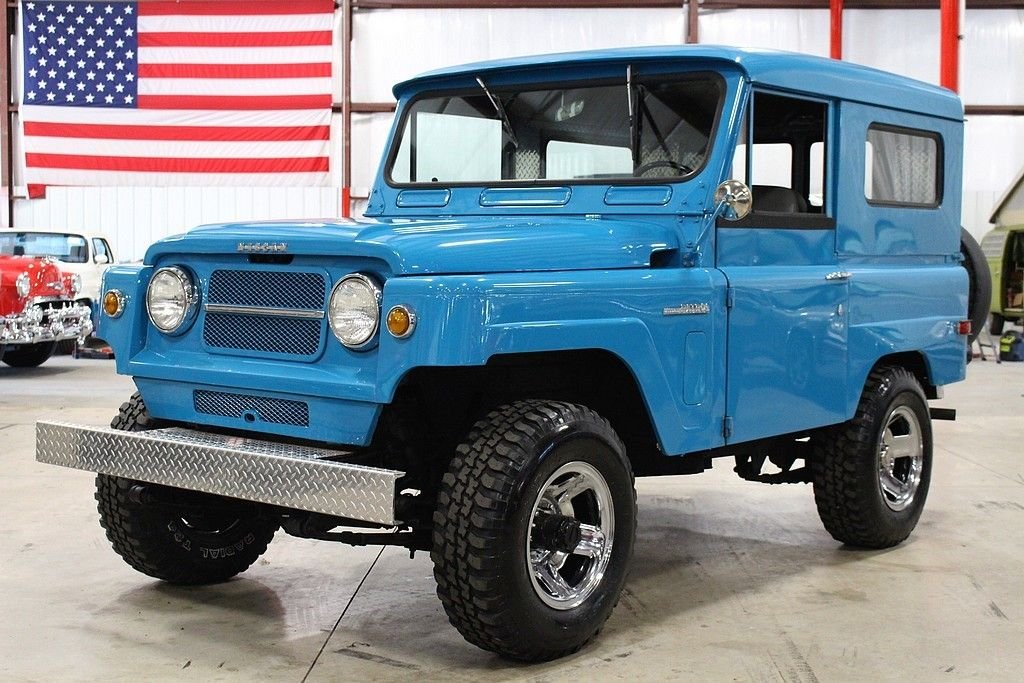 The 60 series Nissan Patrol went into production in October 1960. In June 1980, just short of two decades later, the last 60 series rolled off the production line. But even that wasn't the end of the 60 series, a mildly modified version called the 61 series was sold alongside the new 160 Patrol until well into 1984. In all that time the vehicle remained virtually identical to the original 1960 model, with only one engine upgrade and a couple of changes to the interior trim during the course of it's life.
The 60 series Patrol was a completely new design, and the first time the Patrol had it's own distinctive look. Previous Patrols had all been directly inspired by American Jeeps. The 60 series featured front guards that were incorporated into the body, rather than appearing like something that had been added later. The new broad and narrow front end design gives the 60 a very bold and purposeful look.

This 1967 Nissan Patrol 4X4 K60 is one of the cleanest examples we have seen. These are usually tattered and needing everything. This nicely restored example before you is K60 version with the factory hard top. Painted in a wonderful Azure blue, this Patrol is ready for the car show or the two tracks of the back country. Featuring a purposeful 3,956 cc OHV 6 cylinder engine producing 145 HP mated to a column change 3 speed transmission. Inside it was restored with grey Rhino lining with diamond plate accent and fully reconditioned seating. New chrome wheels with new 30 in tires this Patrol has a look like no other.