"Tow-Mater Aint Got Nothin On This" 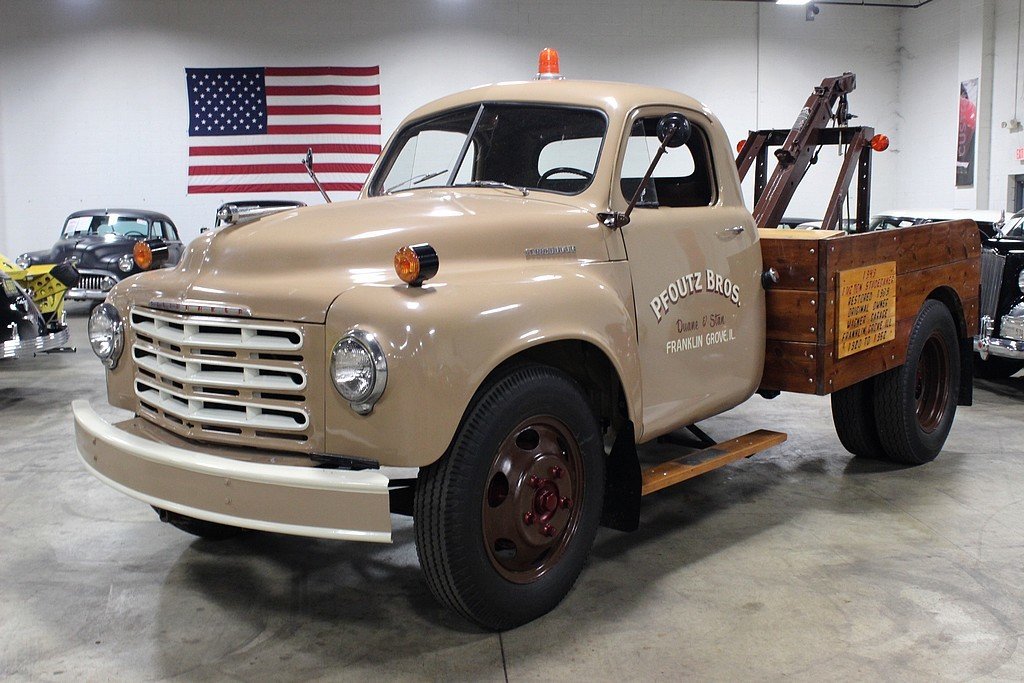 First released in 1948 as the 1949 model, the newly designed 2R-series consisted of multiple sizes and many different purposes from the ½ ton (2R5) all the way to the 2-ton (2R17) and gave you two different power plant options depending on size. The smaller three housed a 170-ci Commander 6 often referred to as the “Econ-O-Miser” and the larger models from the 1 ½ ton up were given a 226-ci Commander 6 which was called the “Power-Plus” engine which pushed out 94 hp. While the 1949 model lineup was very much built to be capable and rugged, the more intriguing part of the truck was the modern, attractive design and the competitive pricing and performance that it offered. During the nine-month buildout on the first new design since war, this vehicle became an instant success and produced over 48,000 units built-up, a massive feat for the era and times. Factor in the “crated” models which were built and packaged for shipping to other countries and that total grew to almost 68,000 models, a record setting level of production in 1948. Henry Ford could have used a notepad for taking notes on!
GR Auto Gallery is pleased to present this highly original but well restored example of the 1949 Studebaker 1 ½ Ton (2R16) Tow Truck for your consideration! Featuring wonderfully completed wood sides, bed and side steps, what is believed to be a fully functioning tow hook and all the storage boxes and practicality you would come to expect from such a beast, this is a real find for those who love the classic work horses of times past! Colored in a fresh but rustic tan and with wonderfully done graphics and wood etched placards completed to the doors and bed to show where the vehicle came from, the history is clearly rich on this example. With much of its original parts and pieces intact, this Studebaker is powered by what appears to be the original 226-ci L-6 engine which is mated to its era-correct 4-speed manual transmission which shifts out fine down the road. This is a true early tow truck with its massive steel beams holding up the tow hook which is powered by a 2-speed PTO and controlled from the bed, we haven't tested it ourselves but from what we are told this is fully functioning and usable! The interior is clean and kept very original, painted dash and rubberized floors throughout and saddle seating and head liner that appear as new. Call or email us today for a closer look at this unique and clean ride!