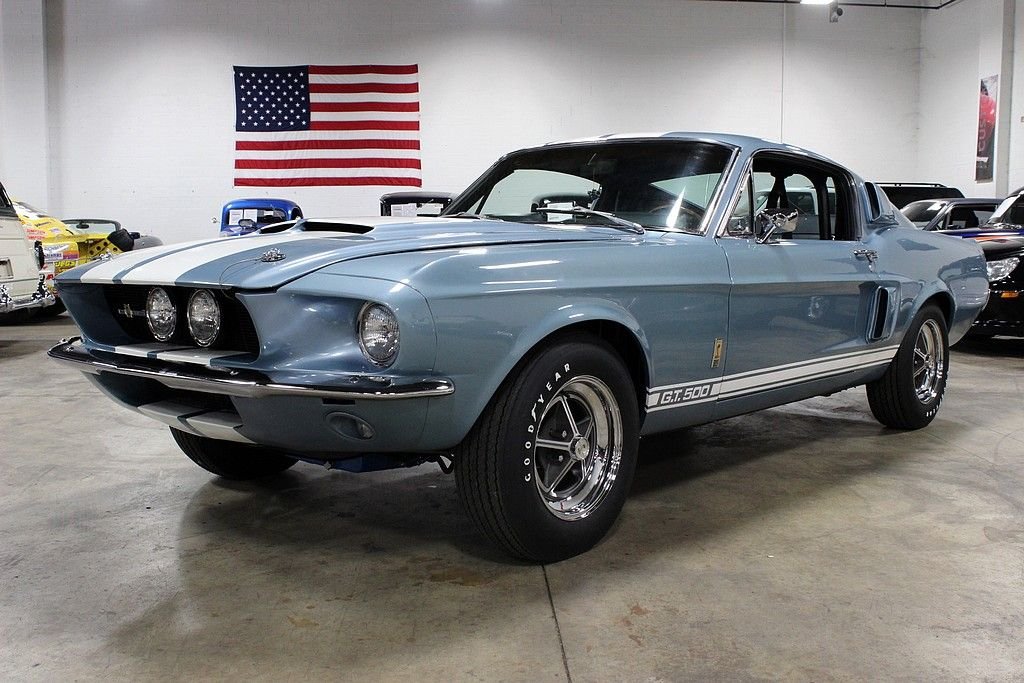 After immediate success with their Mustang model, Ford diversified its growing popularity by focusing more energy on producing a performance variant. The Shelby was created very early on and built by Shelby American from 1965-1967 and by 1969, Ford moved production to their own plants to increase production as they had found out how successful this model line could be. With one of the most famous names in the car world overseeing the production as he did with the AC Cobra, Carroll Shelby still lives on through his name and company which continues to produce some of the most collectable and powerful vehicles. Some of the most notable vehicles to grace his name include this Shelby GT500 and although this model can prove to be difficult to find, it has become most popular within collections across the world.

This very unique, very well documented example of the 1967 Ford Mustang Shelby GT500 has much to offer and comes to the market after many years of well completed, rotisserie-style restoration and a great amount of history gathered to complete this wonderful ride and its story. The previous owner provided us with a large mass of magazines, receipts, letters from members of the car community and what appears to be the original invoice for this shining example to help ensure the correctness and accuracy as the engine within this already impressive model is of the rarest kinds. The 427ci Le Mans racing version V8 rests below the hood which causes great stir when talked about mainly due to its rarity and hard to find history. As a dealer-install option only, with only 47 known engines manufactured which produced a blistering 520 HP, this is what came to be known as the “Super Snake” and was believed to be Carroll Shelby's answer to the Sting Ray. With a price point almost $2,500 more than its competition, the dealer-installed option lost its appeal to the market as too pricey and was discontinued shortly after starting.

Many documents will be included in the sale of this thoughtfully restored and reconditioned Shelby GT500 such as a Marti Report which tells us this is #406 of the Shelby GT-500's produced as a 1967 model year out of the #2048 ever produced. Making this more unique, only 438 were blessed with the Brittany Blue exterior which has been beautifully recreated as factory on this vehicle. With a full rebuild completed on the original drive-train, stainless steel valves, Holman Moody oil pan true to this year of production, believed to be original dash pad, gas filter, air breather, block, rear end and even wheel centers, there is a lot that can be said for this models original appeal. With attention to detail at the forefront of its restorers mind, this vehicle didn't see a penny spared which shows throughout. Many great parts show when noticing many Nos parts such as its Hooker headers, custom stainless steel exhaust system, even the correct speedway tires are found on this shining example. With its history trail showing it was first sold in Toronto, Canada it has went through a couple owners but has since been owned by the same person for the last 26 years of its life. Many great features, parts, originality, this is a “must-see-to-believe” model within our collection! With Mr. Shelby's autograph showing well on the dash to this day, it really is as rare and beautiful as it appears and not enough can be said for the reconditioning of this legendary model. For any additional information on the documentation or work completed to this Shelby, don't hesitate to call and discuss as it is sure to be quickly collected by anybody interested in a real piece of history!