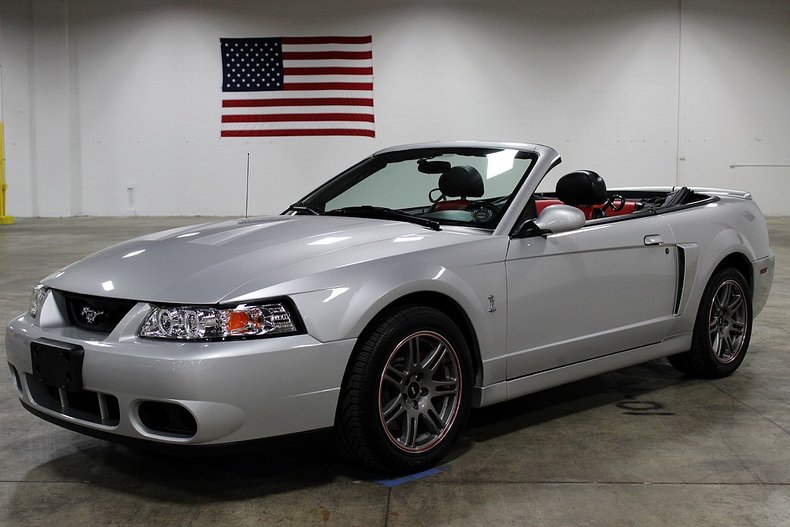 The 2003/2004 Cobra's, code named "Terminator" by the SVT development crew came with a supercharged 4.6 L DOHC engine. A cast iron block was used instead of aluminum, with stronger internals, including forged Zolner pistons and Manley H-beam connecting rods that were modified with a wrist pin oiling hole by the SVT engine builders. These upgrades were critical in order to support the 8 psi of boost delivered from the stock Eaton M112 roots supercharger. Other improvements include the use of an aluminum flywheel connected to a Tremec T-56 six-speed transmission, 3.55:1 rear axle ratio and stronger 31 spline half shafts with revised upper and lower control arms. These modifications launched the Cobra from 0-60 mph in 4.5 seconds and the quarter mile in 12.7 seconds at 110mph.

In 2003, there were 13,476 SVT Cobra's produced in which 5,082 were convertibles, this is number 5,068. Also, there were 2,003 10th Anniversary models built in 2003, 1,000 were convertibles and 1,003 were coupes, this is number 1,903 of 2,003. Also, of the 2,003 built, 237 convertibles were finished in silver metallic which is the lowest production color for the 10th Anniversary. It had a MSRP of $40,900 and is equipped with an upgraded performance parts such as a full Bassani exhaust, HID projector headlights, suspension improvements, a smaller pulley on the supercharger, and a dyno tune. All of the original parts, manuals, books, and documentation from SVT come with the car. Don't miss your chance to own this low mileage 10th Anniversary Terminator Cobra that is surely going to be highly desirable collector in the future!