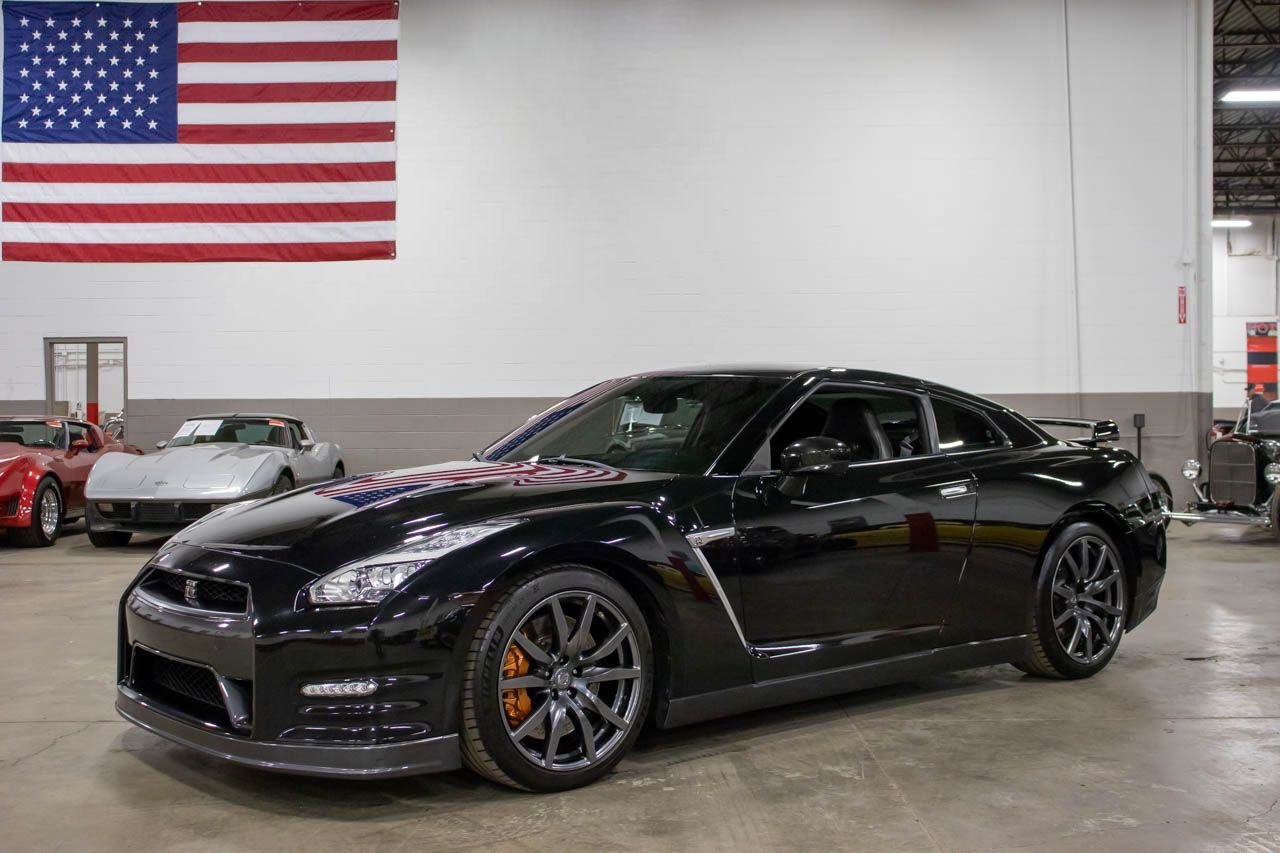 GR Auto Gallery is pleased to present this 2015 Nissan GT-R Premium/Black Edition for your consideration. This GTR comes in a Jet Black Pearl exterior paint complemented by a beautiful black interior and tinted windows. This powerful hand-built 3.6L V6 twin-turbo has some very tasteful modifications done to it including; 1,300 ID injectors, Cobb 3-inch intakes, full HKS exhaust, Michelin Pilot sport tires, and engine and transmission tune from Rob Baker. This car makes 600+ wheel horsepower on E85 and puts the power down power to all four wheels seamlessly. This GTR features heated seats, BOSE stereo, 20in satin grey wheels, Brembo brakes, rear spoiler, navigation system, sport seats, onboard computer system, and leather seats. If you are in the market for a clean, 600 plus horsepower head-turner, this is the car for you! Drive this one out of our showroom or have us assist with shipping it to you anywhere in the United States! Don't hesitate to give us a call with any questions or for more information.

Between 1969 and 1974, and again between 1989 and 2002, Nissan produced a high-performance version of its Skyline coupe called the Nissan Skyline GT-R. This car proved to be iconic for Nissan and achieved much fame and success on both road and track. The Nissan GT-R, now a standalone model no longer based on the Skyline, has a heritage in the Nissan Skyline GT-R. Similar to the later generations of the Skyline GT-R, the GT-R is a four-wheel drive with a twin-turbo 6 cylinder engine and has the signature four round taillights. However, the GT-R is an entirely new model, sharing little with its Skyline siblings, and is a complete redesign from previous Skylines, rather than an incremental evolution; the four-wheel-steering HICAS system has been removed and the former straight-6 RB26DETT engine has been replaced with a new V6 VR38DETT. Because of the GT-R's heritage, the chassis code for the all-new version has been called CBA-R35, or 'R35' for short (where CBA is the prefix for emission standard), carrying on the naming trend from previous Skyline GT-R generations. The GT-R has also retained its Skyline predecessor's nickname, Godzilla, given to it by the Australian motoring publication Wheels in its July 1989 edition.