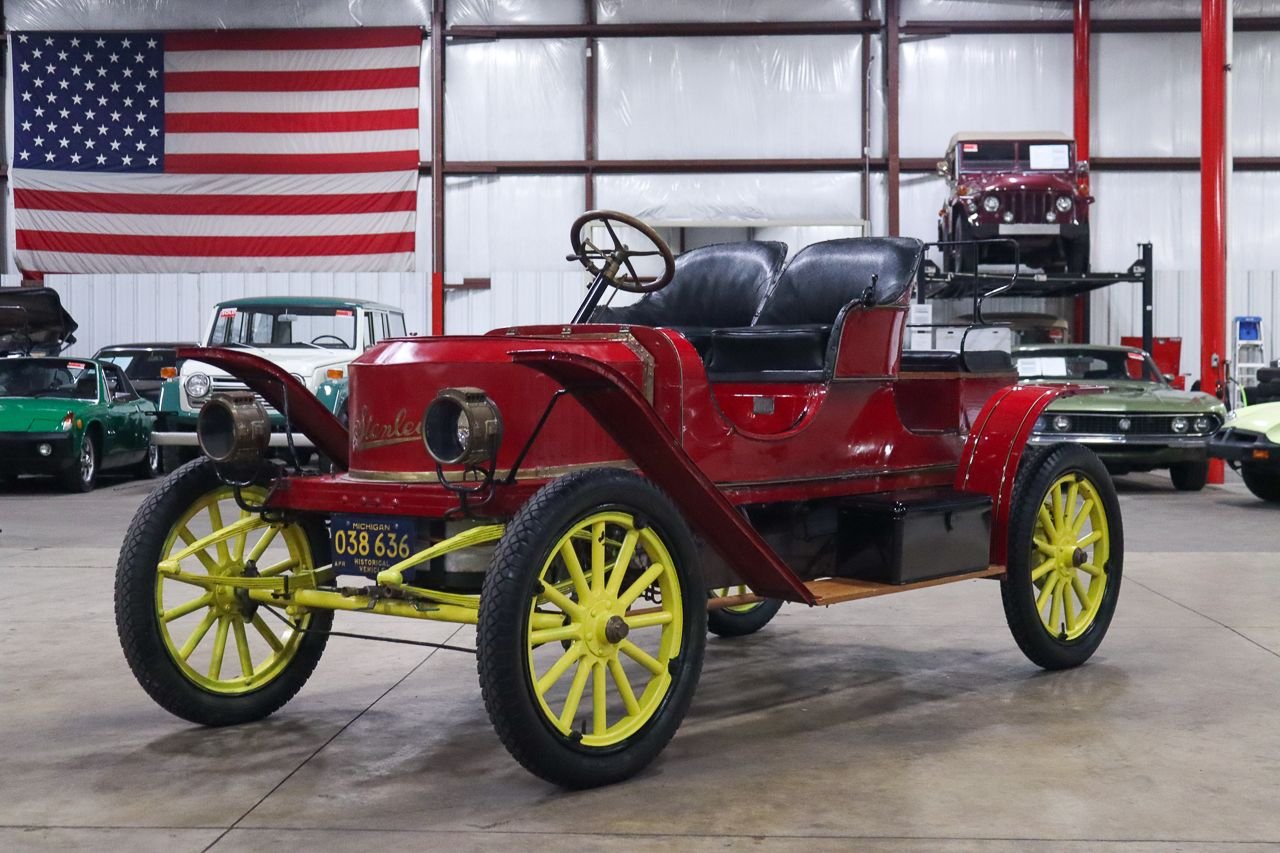 GR Auto Gallery is pleased to bring to market this very unique 1909 Stanley Steamer for your consideration. The car has been in the family's ownership for many years and owned by 3 different members. The current owner states the car was last driven 4 years ago. The car comes with a quite large file of car club events and notes from over the years. We did not try to start the vehicle but everything appears to be there in order to fire it up. This is an excellent piece of history and with some research and time this would be an awesome addition to any collection!

“Early Stanley cars had light wooden bodies mounted on tubular steel frames with full-elliptic springs. Steam was generated in a vertical fire-tube boiler, mounted beneath the seat, with a vaporizing gasoline (later, kerosene) burner underneath. The boiler was reinforced by several layers of piano wire wound around it, which gave it a strong but relatively light-weight shell. In early models, the vertical fire-tubes were made of copper, and were expanded into holes in the upper and lower crown sheets.3 In later models, the installation of a condenser caused oil-fouling in the expansion joints, and welded steel fire-tubes had to be used. The boilers were reasonably safe, since they were fitted with safety valves. Even if these failed, any dangerous over pressure would rupture one of the joints long before the boiler shell itself could burst. The resulting leakage would relieve the boiler pressure and douse the burner, with very little risk to the passenger. There is not a single documented incident of a Stanley boiler's exploding.45

The engine had two double-acting cylinders, side-by-side and equipped with slide-valves, and it was a simple-expansion type. Drive was transmitted directly by the crankshaft to a rear-mounted differential using a chain. Owners often modified their Locomobiles by adding third-party accessories, including improved lubricators, condensers, and devices which eased the laborious starting procedure.

To overcome patent difficulties with the design they had sold to Locomobile, the Stanley brothers developed a new model with twin-cylinder engines geared directly to the rear axle. Later models had aluminium coachwork that resembled the internal combustion cars of the time, but they retained steam-car features by having no transmission, clutch, or driveshaft. They also had a fully sprung tubular steel frame.”