"There Is No Substitute" 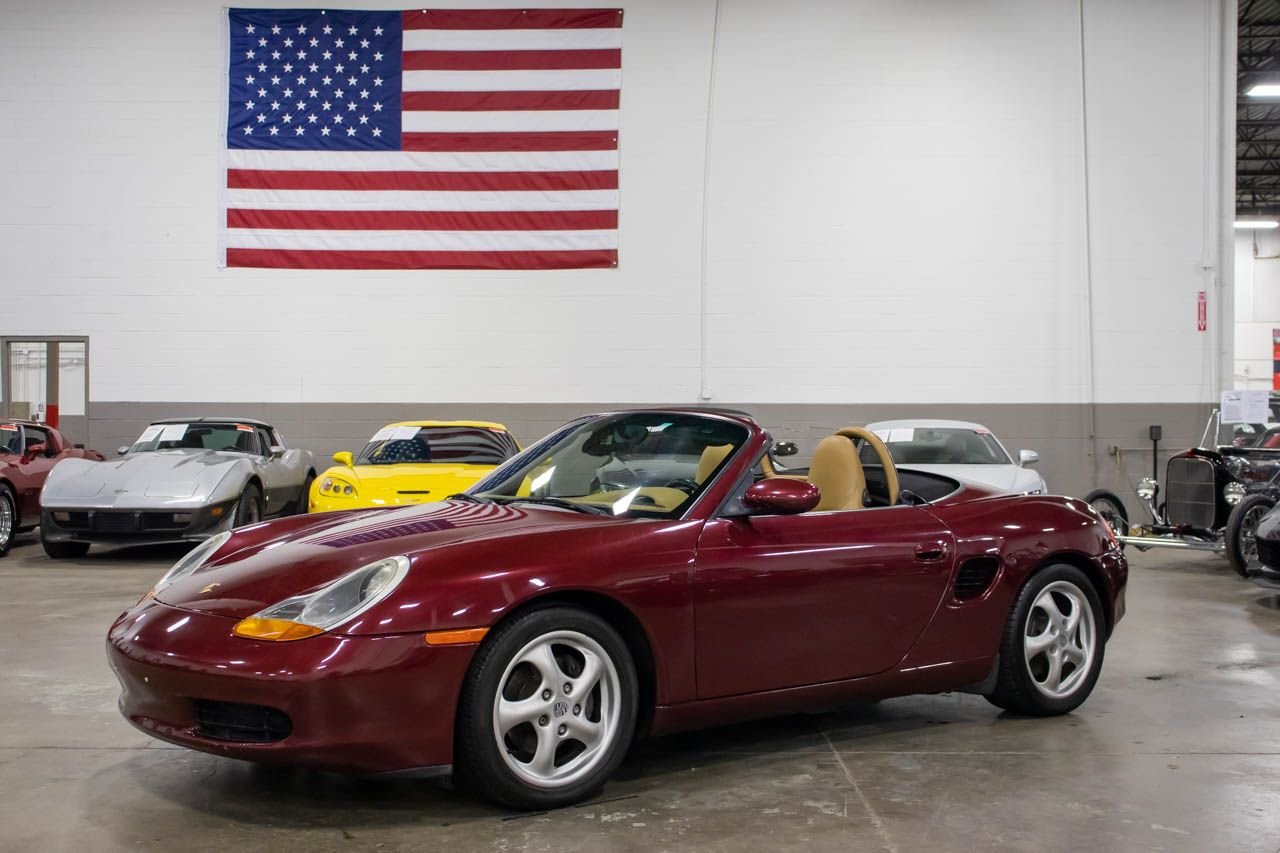 GR Auto Gallery is pleased to present this 1998 Porsche Boxster convertible for your consideration. This Porsche comes with a clean title, but is reported as a total loss on the carfax. This Boxster comes with a 2.5 Liter six-cylinder paired to a 5-speed manual transmission. This Porsche comes in an Arena Red Metallic paint complemented by a Savanna Beige interior. Some options on this Porsche include; black soft top, Savanna Beige interior with partial leather, sport package, 17"wheels 'Boxster", CD shelf center console, cruise control, HI-FI sound package with speakers, Porsche wind stop (Deflector), AM/FM radio with CD player. Some other things worth noting on this Porsche are; it has a new battery, a new ECU, and the power top has been converted to manual. Drive this one out of our showroom or have us assist with shipping it to you anywhere in the United States! Don't hesitate to give us a call with any questions or for more information.

The Porsche Boxster is a mid-engine two-seater roadster. It was Porsche's first road vehicle to be originally designed as a roadster since 914. The first-generation Boxster (the 986) was introduced in late 1996; it was powered by a 2.5-liter flat six-cylinder engine. The design was heavily influenced by the 1993 Boxster Concept. In 2000, the base model was upgraded to a 2.7-liter engine and a new Boxster S variant was introduced with a 3.2-liter engine. In 2003, styling and engine output was upgraded on both variants. Production of the 986 began at the former 928 facilities in Stuttgart, Germany in 1996. Valmet Automotive also manufactured Boxsters under contract to Porsche at a facility in Uusikaupunki, Finland. The Boxster was Porsche's biggest volume seller from its introduction in 1996 until the introduction of the Cayenne sport utility vehicle in 2003. As of September 2012, additional production of the Boxster started at the former Karmann factory in Osnabrück. In 2005, Porsche debuted the second generation of the Boxster, the type 987, with a more powerful engine and styling inspired by the Carrera GT. Engine output increased in 2007 when the Boxster models received the engines from their corresponding Cayman variants. In 2009, the Boxster models received several new cosmetic and mechanical upgrades, further increasing engine output and performance. The third-generation Boxster (type 981) was launched at the 2012 Geneva Motor Show.