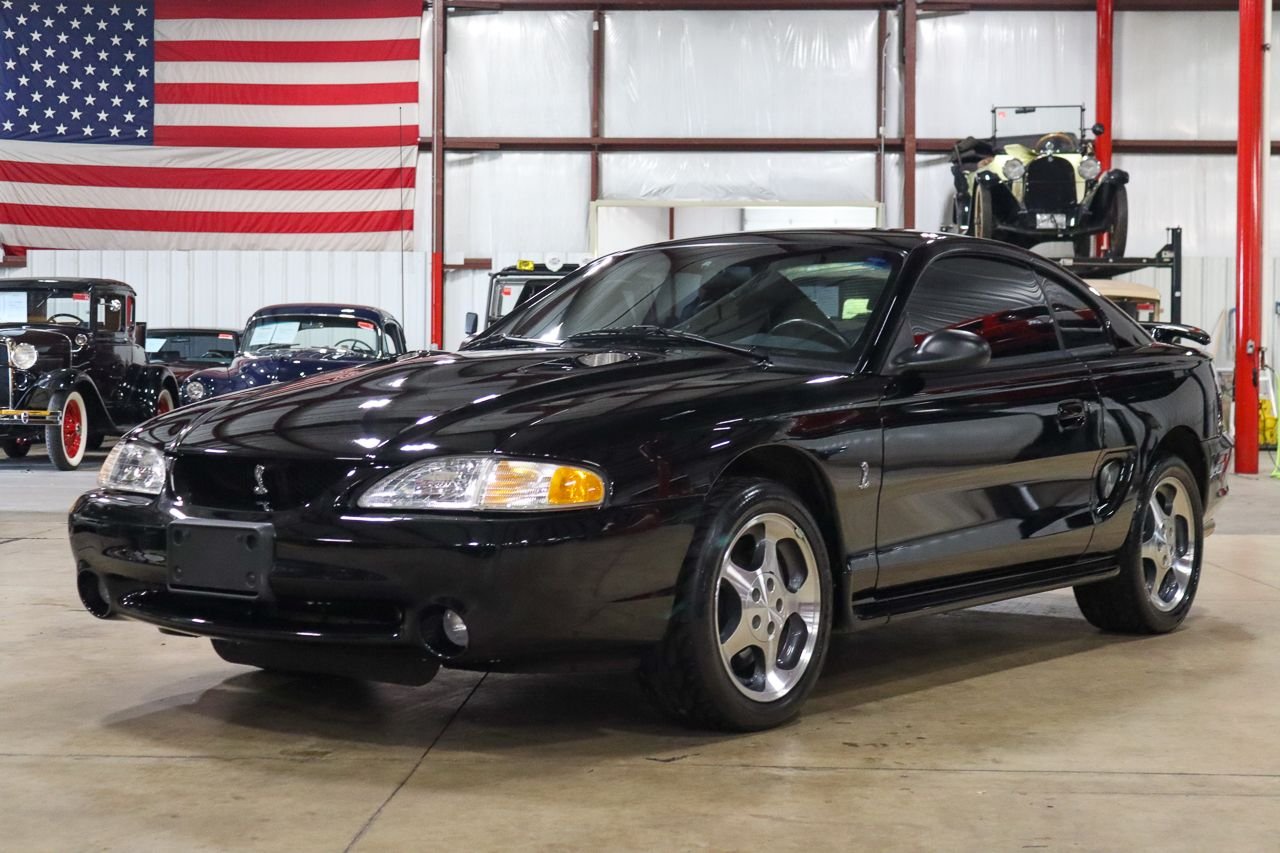 GR Auto Gallery is pleased to present this 1996 Cobra SVT Coupe for sale. With only 13,307 miles on the clock, this car is like new. The current owner brought the car back to Michigan from Colorado. It is finished in Black Clearcoat over Black leather interior and is neat and tidy throughout. The car comes with its original window sticker. Highlights include compact disc player, Mach 460 electric AM/FM cassette stereo, anti-theft system, leather sport bucket seats, power windows, power locks, power mirrors, rear defrost.

The fourth generation Ford Mustang is an automobile produced by American manufacturer Ford for the 1994 through 2004 model years. For 1994 the Ford Mustang underwent its first major redesign in fifteen years. The design, code named "SN-95" by Ford, was based on an updated version of the Fox platform. The Ford SVT Mustang Cobra (also known as SVT Mustang Cobra, SVT Cobra, or simply as Cobra) is a muscle car model that was built in model years 1993 through 2004 by Ford Motor Company's Special Vehicle Team division (or SVT, for short). The SVT Cobra was a high-performance version of the Ford Mustang. For 1996, Ford finally retired the aging 5.0L V8 in the Mustang GT and SVT Cobra, replacing it with a new aluminum 4.6L DOHC modular unit that was smoother and had slightly better fuel economy. Starting with the 1996 model year, every Cobra engine was hand-assembled by two-person teams at the Ford Romeo Engine Plant in Romeo, Michigan a practice that continued through the remainder of SVT Cobra production.