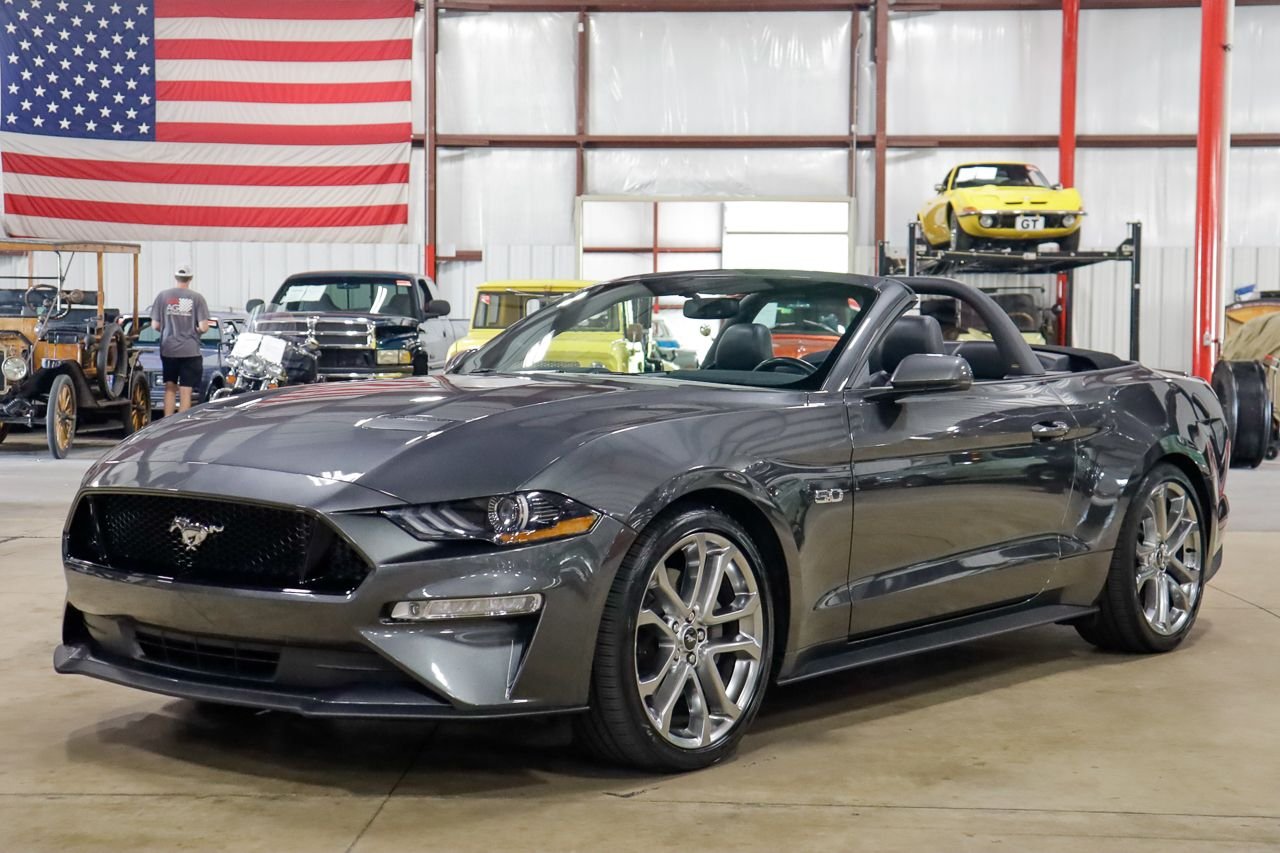 GR Auto Gallery is pleased to present this 2019 Ford Mustang GT Convertible for your consideration. This Mustang has only 23,002 miles on it and remains like new. It is finished in Magnetic Metallic over a leather interior. The car shows very well and is like new. The mustang rides on 20 inch wheels and comes with navigation, heated and cooled power seats, illuminated door sills, 2 keys.

The car is powered by its 5.0 V8 paired with a automatic transmission and is the perfect combination for pure driving excitement.

The sixth-generation Ford Mustang (S550) is the current iteration of the Mustang pony car manufactured by Ford. In a departure from prior Mustang models, the sixth generation Mustang includes fully independent rear suspension on all models, as well as an optional 2.3L EcoBoost turbocharged and direct-injected four-cylinder engine. The new Mustang was introduced as a 2015 model year vehicle, marking the fiftieth anniversary of the Ford Mustang, which was revealed as a 1965 model year vehicle on April 17, 1964.
The sixth generation is also the first Ford Mustang to be marketed and sold globally and represented the first time that factory right-hand-drive Mustangs were produced in addition to the left-hand drive models. This is part of the "One Ford" business plan, which also applies to the Fiesta, Focus, Fusion/Mondeo, Escape/Kuga, Edge, Ford Transit Connect, and Ford Transit, as well as other models.