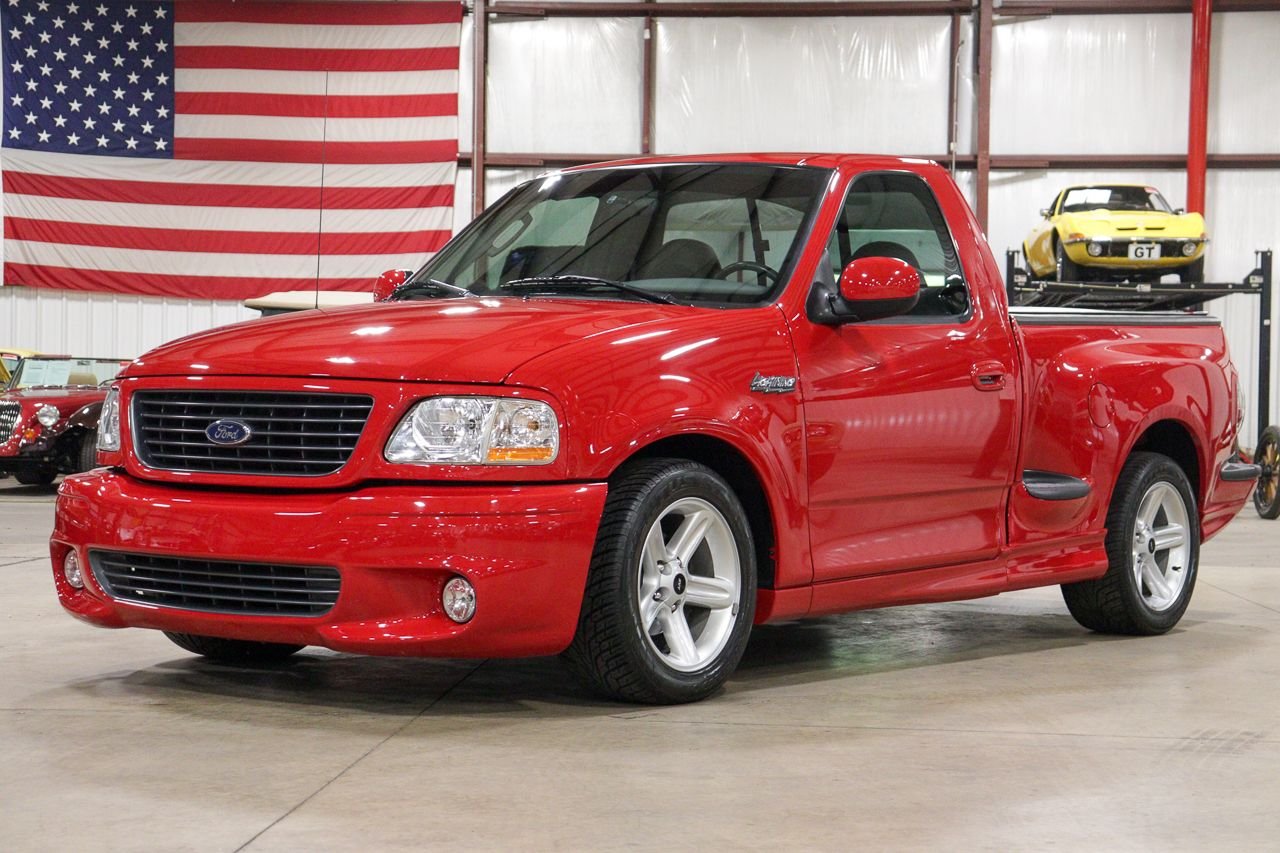 Ford teamed up with their Special Vehicle Team in 1993 to come up with a good looking, powerful single cab truck to compete with the then popular Chevrolet 454SS. With goals to enhance the sporty, personal use image that became popular, they created the SVT Lightning and started it off with a modest 5.8L boasting a solid 240 hp but also added many great modifications to the suspension and frame to improve the handling. By 1995 they sold over ten thousand models and although the market was there, they decided to discontinue the Lightning until it's later unveiling in 1999. When they reintroduced the beast of a truck, they listened very closely to the consumers demands for more power and changed out the engine choice with a supercharged, 360 hp 5.4L V8 to put all the naysayers to rest. With an all new design and a beefed up gearbox borrowed from their Super Duty lineup, the legend grew from then on until their final build out in 2004.
This like-new, well preserved example of the 2003 Ford SVT F-150 Lightning shows just as well as the day it was bought finished in Bright Red over a medium graphite cloth/leather interior. Along with all of its factory features it is also optioned with a tonneau cover and bed liner. The Truck comes with its original window sticker. The current owner has had it in his possession for the last 8 years and babied it ever since. It was purchased from the original owner in Wisconsin. It just recently had a tune up and is ready to go for the next owner!