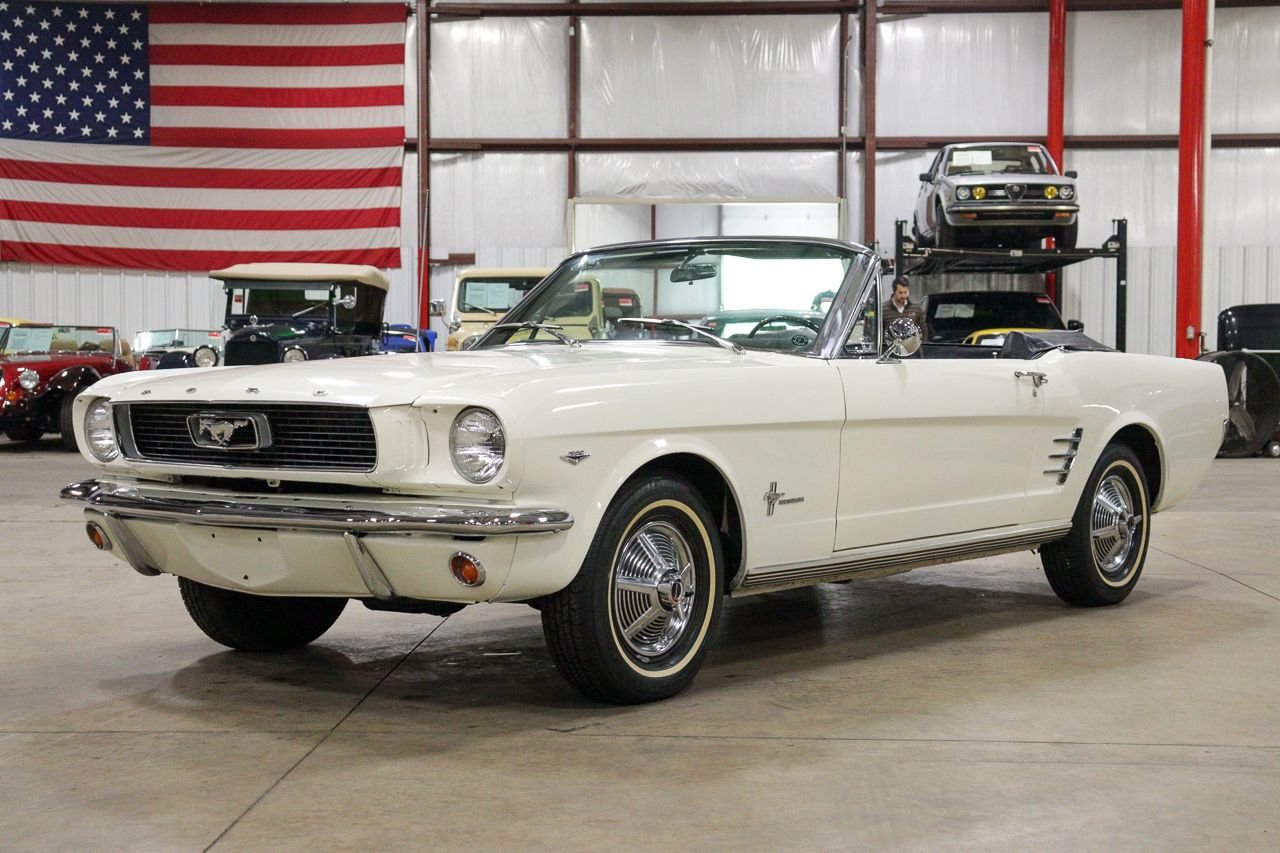 GR Auto Gallery is pleased to present this sharp 1966 Ford Mustang Convertible for your consideration. It is powered by its 289 V8 paired with an automatic transmission. The car was rotisserie restored in 1994 by Mid Michigan Mustang in Moline MI. The current owner bought from the original owners estate sale in 2007. The engine was rebuilt in 2015 and has been pampered since then and it is obvious this Mustang has been very well taken care of. The 289 runs excellent and the automatic transmission shifts as it should. Other highlights include factory 14 inch steel wheels with hubcaps, AM radio, power brakes. The engine compartment is very neat and clean and presents well. This American Classic must be considered