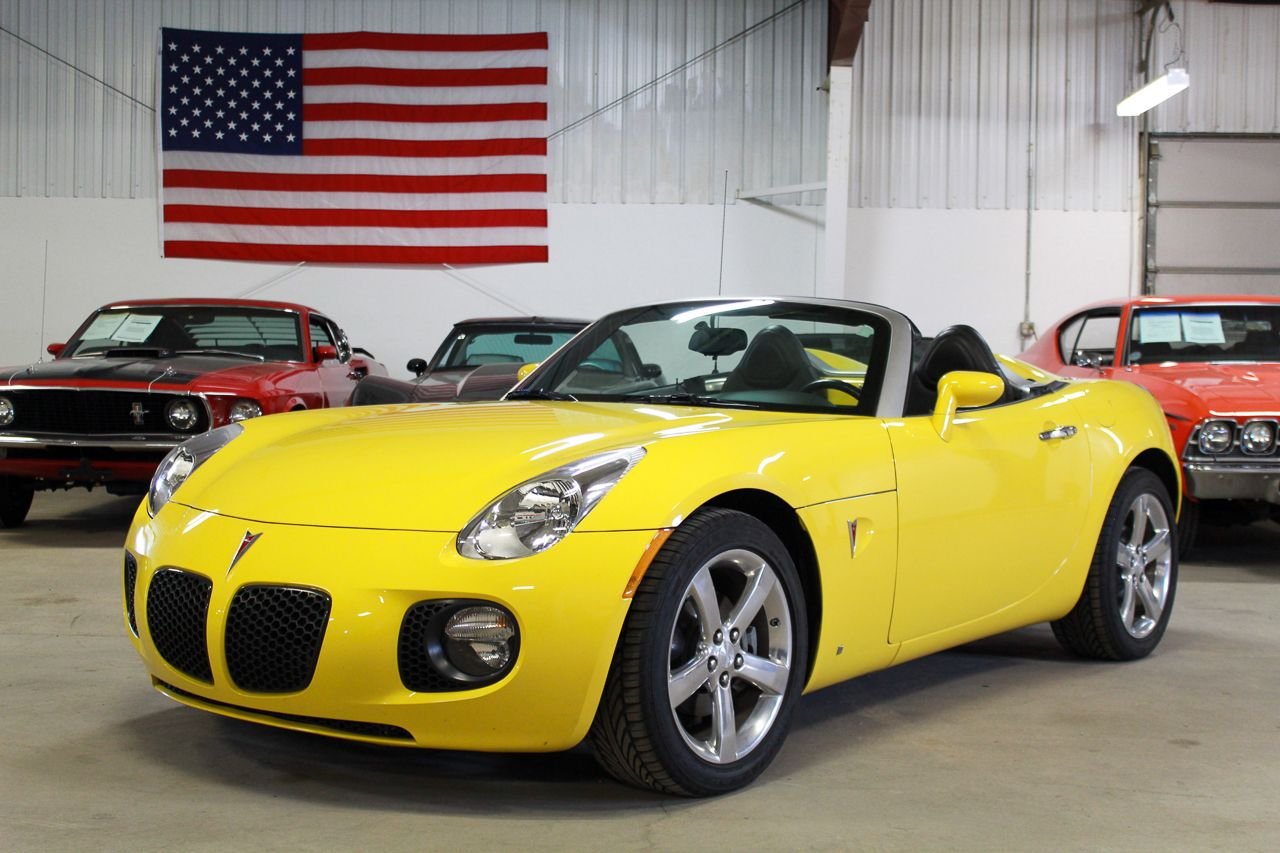 From 2005 through 2010 Pontiac, a division of GM built the Solstice. It was an instant hit taking 7,000 orders in the first ten days. By March 2006 they had delivered nearly 10,000. It was nominated for the North American Car of the Year in 2006. The GXP debuted in 2007 and was built for two years. It featured a real powerful 2.0 Liter Turbo Eco Tec putting out nearly 275 HP mated to a 5-speed manual making this a true rocket with sports car like feel and agility. In total, just over 65,000 cars were built in five model years. The short run had a lot to do with the economic turndown and the decision by GM to end the Pontiac line to save other aspects of the business. In my opinion it makes the Solstice somewhat of a modern classic and the collectability is only going to increase, especially the GXP models. This particular stunner has traveled just over 16,000 miles from new and still has the appearance, fell and drivability of a new car. The brilliant yellow paint is near perfect as is the interior. The car starts, runs and pulls very hard in all gears. The car comes with its original owners manual, both sets of keys, car cover and a spotless 2-owner carfax. The only thing done is one set of new tires and oil changes since it was new. This is a lot of fun for the money.