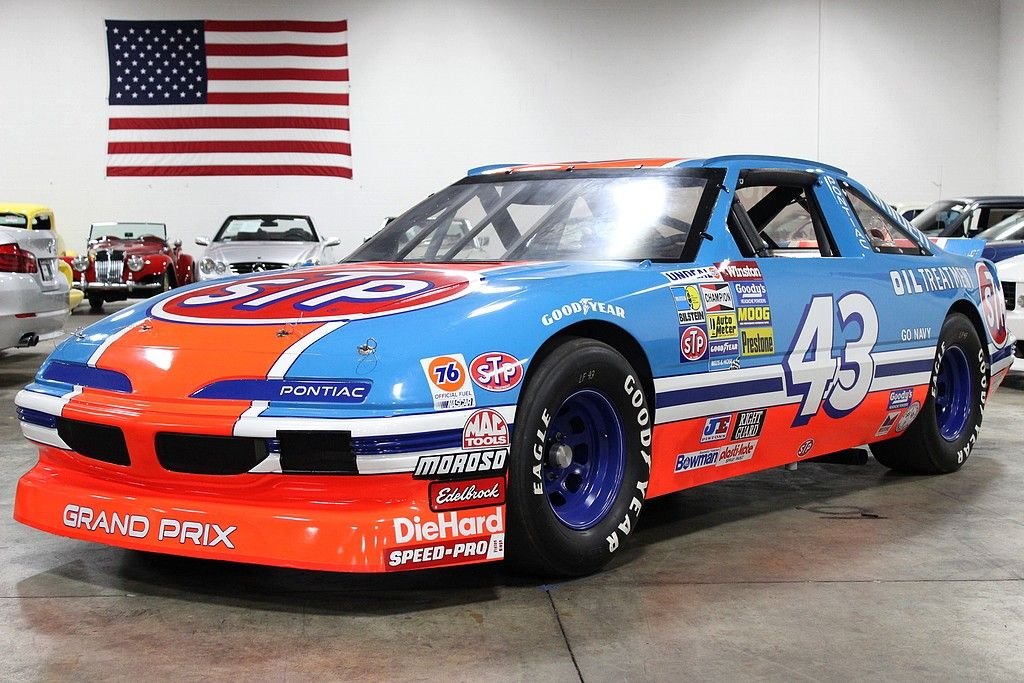 When the car was retired from racing, it was purchased by fellow Winston Cup team owner, Jimmy Means, of Means Racing. Means Racing never got around to using it and it was sold to a gentleman in Alabama. He took it to Petty Enterprises to have it documented and signed off by Richard Petty, Dale Inman (Petty Enterprises GM), and Richard Loomis (Richard's Crew Chief). At this time, several original components were also obtained from Petty Enterprises as well as authorization for new decals and paint colors to enable a full restoration to 1991 livery.

The 358ci engine was built by Reins/Owens Engines. One of these people was an ex-Petty engine man and the other had worked for Junior Johnson. The engine has the original Pontiac aluminum heads and was built to 1991 specs. A few restoration details (primarily interior and engine compartment) were further improved to make the car more correctly representative of Petty Enterprises race cars of that era. The current owner purchased the car from the gentleman in Alabama in 1997 and it has been limited to a few car shows and occasional startups/warmups. The car was most recently displayed in June, 2010 at the prestigious Eyes on Design car show at the Edsel Ford Estate in suburban Detroit.

This car has only been raced by Richard Petty and has never seen any other track time or vintage raced. It is currently set up to the exact specifications as when Richard last raced it in 1991 including having his original seat installed. It comes with the track bar adjustment tool and a two sided display board with details about the car, pictures of it racing, and documents signed off by Richard Petty. This is truly a can't miss opportunity for any NASCAR fan or collector of unique and exclusive vehicles. This vehicle is sold on a bill of sale, call for the full details.