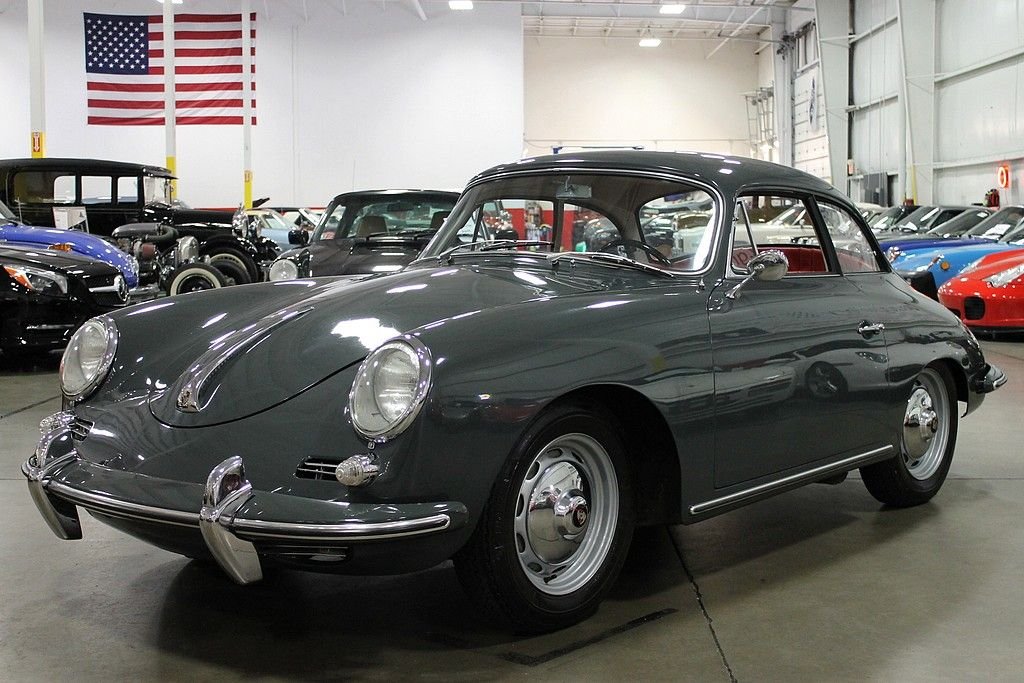 In 1961, Porsche farmed out the production of its 356 cars to the Karmann works in Onasbruck. At that time, they already made 356 Cabriolet bodies as well as regular 356 Coupes. In an attempt to broaden the product line and increase car sales, Porsche created a hardtop coupe from its Cabriolet line of cars. The first of these cars (1961 production called a T5 body style) was in fact a Cabriolet body with the addition of a hard top manufactured (welded) into place.

Titled as a 1962, t he 1961 Porsche 356 Notchback Karmann Coupe offered here is a two owner car that was originally purchased new in Germany and brought here to the United States residing most of its life in California. A ground up style restoration was performed on this non problematic car in the early 90's and has been kept and cared for ever since. The car is finished in Slate Gray paint over red interior. At this point, the original 1600 engine was replaced with a 1600 SC engine from a 1965 model. According to the owner, the engine was freshly rebuilt and warmed over by TRE Motorsports in Van Nuys, CA. Today, the car runs and performs as good as any 356 Porsche that we have driven, and the car remains in excellent driver quality condition still retaining the original undercarriage.

Due to the increasing popularity of convertibles over the years, and the seemingly rarity of available and affordable 356 cabriolets, many of the notchback cars went the way of the cutting torch to expose the hidden cabriolet treasure underneath. It is believed that of the 1650 total Karmann Coupes produced, there are approximately 125 that have survived. Many enthusiasts now see the notchback becoming more desirable as they have now become more scarce — some enjoy racing these models due to the little known fact that they are more aerodynamic and somewhat faster than their Coupe brothers; some for the sheer fact that their distinctive "helmet" shape is unique when seen at car shows.
It is no secret, that Porsche has become a Premier Marque in the investment car arena, a car such as this, with its unique design, low production and ultra-low survival rate, this car will pay dividends.