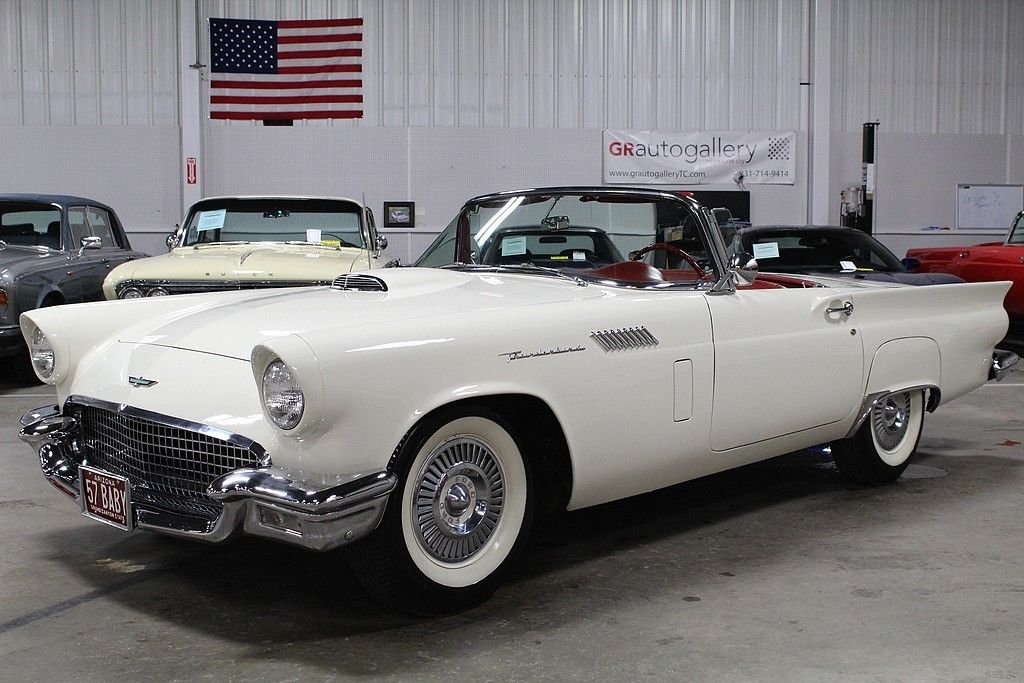 The Ford Thunderbird project was in direct response to that of the Chevrolet Corvette. In fact the number of T-Birds sold the first several years were much greater than that of the Corvette. This might have been the result of a better marketing campaign by Ford. They were the first to market the term “personal luxury car” vs “sports car”.

Although not a lot of change happened from the first generation birds, the biggest was the size of the rear fender wings that went from a more rounded look in 1955 to a higher more pronounced look for 1957. The other change was a 312 ci V8, up from the 292 V8.

We all know that the T-bird has been an iconic part of collector car world from movies to being a staple among many personal and museum collections. The car offered here is definitely a must see.

George Watts back in the day was probably one of the best-known figures in the world of Thunderbirds, owning and restoring many of them was his passion, but he never expected to receive a phone call from the office of Barbara Streisand wanting to purchase one from him. After several phone conversations with the movie star they settled on a black 1957. However, the car was stolen and they were back to square one. After some time of looking Mr. Watts ended up finding three that he brought to her house for inspection. At that time, she decided on the car we are offering here today.

The current owners purchased this vehicle at auction in AZ back in 1999 and they still retain a copy of the Barbara Streisand registration with the CA license plates to match. Some other literature comes with the car as well. This t-bird is a known celebrity example that would be the talk of any ones collection.

This Thunderbird is in nice driver quality condition. It comes with its original hardtop that has just had the headliner replaced. This car operates well and will not last long.