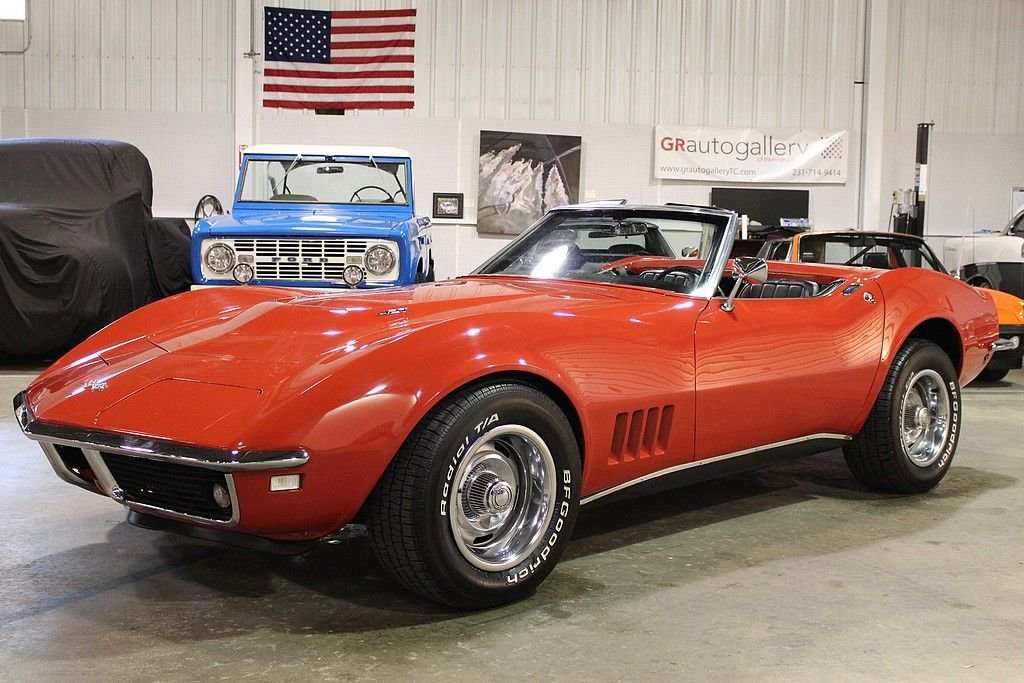 The Corvette was designed and built in response to the smaller European sports cars that were now being imported into the US during that time. We really had nothing to compete in that market until the 53 Corvette was introduced. Only 300 were built the first year. The second year 3,640 were built but sold slowly, so in response, GM limited production to only 700 for the 3rd year before a body and interior change in 1958. By now the Corvette was taking on a style that started to sell.

They started offering many engine and transmission options including trim packages. The 2nd generation took Corvette from 1963 through 1967 and sales were strong. GM started doing more sponsoring and promoting. Horsepower and performance was becoming very capable of competing with some of the finest automobiles of the time.

The 3rd generation patterned after the Mako Shark II concept car began production in 1968 and went through 1982. And although the mid to later year 3rd generation cars experienced lower power and emission control issues, the first few years used the same power trains as that out of the 2nd generation cars, offering Horsepower up to a reported 560 HP out of a LT-1 engine.

The car offered here is a fully restored 427/400 HP tri-power convertible car with air. It was also born a 4-speed that has been converted to a 5-speed Keisler transmission for ease of driving. This car has been completely gone through and runs, drives and handles beautifully. It has been re-painted to its original paint color of Rally Red. There are $50,000 worth of receipts in the last 7 years of ownership that document the restoration. The car is also equipped with power steering and brakes.

With the exception of the leather seats which were originally vinyl from the factory, the interior is correct and in wonderful condition.

Collectability and values have continued to go up on these 3rd Generation cars, especially the highly optioned big blocks. This is a great opportunity and should not be missed.