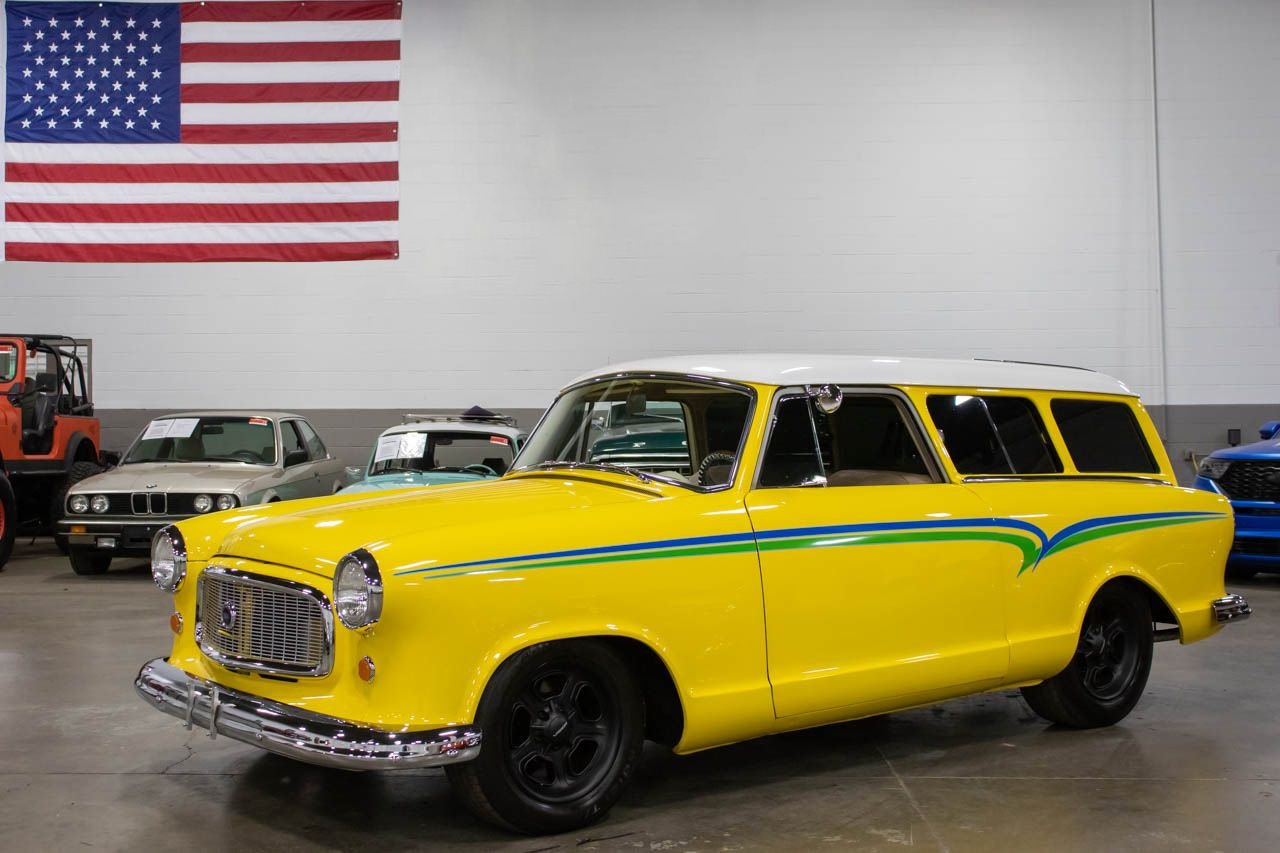 GR Auto Gallery is pleased to present this 1960 Rambler American Wagon for your consideration. This American Wagon comes in a beautiful Yellow exterior paint over a clean Tan interior. Powering this Rambler is a Ford 347ci V8 paired with a 4-speed automatic transmission. This American comes with some nice features and modifications such as; power steering, front disc brakes, front mustang suspension, shaved door handles, new cloth seats, MSD ignition, Edlebrock carburetor, Ford Racing heads, and Vision wheels. Drive this one out of our showroom or have us assist with shipping it to you anywhere in the United States! Don't hesitate to give us a call with any questions or for more information.

The Rambler American is a compact car that was manufactured by the American Motors Corporation (AMC) between 1958 and 1969. The American was the second incarnation of AMC forerunner Nash Motors' compact Rambler which was introduced in 1950 and marketed after the merger with Hudson Motors under both Nash and marques during the 1954 and 1955 model years. The Rambler American can be classified into three distinct model year generations: 1958–1960, 1961–1963, and 1964 until 1969. During the entire length of its production, the car was sold under the Rambler brand and in 1969 became the last Rambler-named automobile marketed in the Canadian and United States markets. The compact Rambler American was most often the lowest-priced car built in the U.S. It was popular for its economy in ownership, as was proven by numerous Mobilgas Economy Run championships. After an optional second-generation AMC V8 engine was added in late 1966, the cars also became known as powerful compact "muscle" models that included the 390 cu in (6.4 L) version built in conjunction with Hurst Performance, the 1969 SC/Rambler.