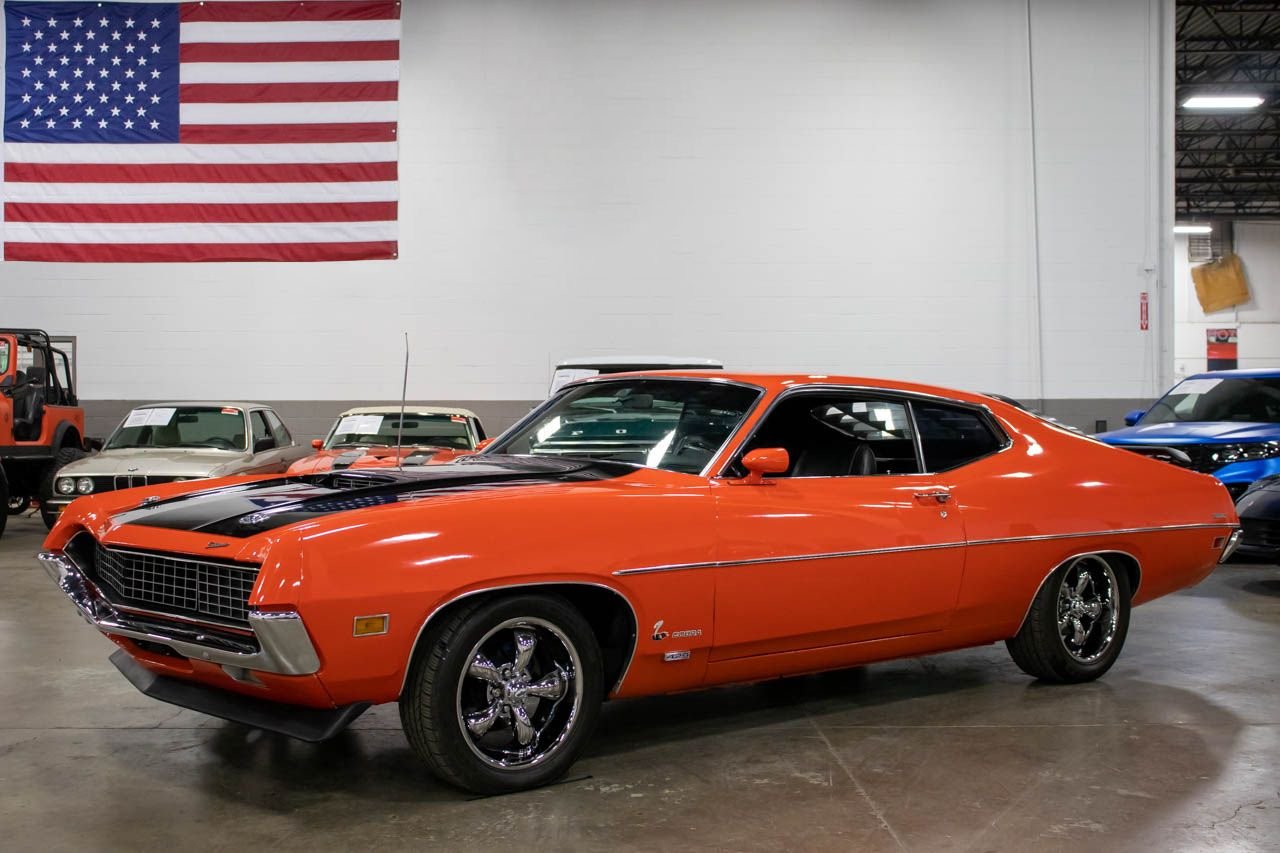 GR Auto Gallery is pleased to present this 1970 Ford Torino Cobra for your consideration. This Torino comes in a beautiful Orange exterior paint over a clean Black interior. Powering this Ford is a 429ci V8 paired with a smooth-shifting automatic transmission with a Posi rear end. This Torino comes with some great features such as; power steering, power brakes, aftermarket radio, leather seats, Milestar tires, spare tires, manual windows, Edlebrock heads, and Coys Wheels. Drive this one out of our showroom or have us assist with shipping it to you anywhere in the United States! Don't hesitate to give us a call with any questions or for more information.

The Ford Torino is an automobile that was produced by Ford for the North American market between 1968 and 1976. It was a competitor in the intermediate market segment. The car was named after the city of Turin (Torino, in Italian), considered "the Italian Detroit". The Torino was initially an upscale variation of the intermediate-sized Ford Fairlane. After 1968, the Fairlane name was retained for the base models with lower levels of trim than those models which wore the Torino name. During this time, the Torino was considered a subseries to the Fairlane. By 1970 Torino had become the primary name for Ford's intermediate, and the Fairlane was now a subseries of the Torino. In 1971 the Fairlane name was dropped altogether, and all Ford intermediates were called Torino. This name was one of several originally proposed for the Mustang while in development. The Torino was essentially a twin to the Mercury Montego line. Most Torinos were conventional cars, and generally, the most popular models were the four-door sedans and two-door hardtops. However, Ford produced some high-performance versions of the Torino by fitting them with large powerful engines, such as the 428 cu in (7.0 L) and 429 cu in (7.0 L) "Cobra-Jet" engines. These cars are classified as muscle cars. Ford also chose the Torino as the base for its NASCAR entrants, and it has a successful racing heritage.