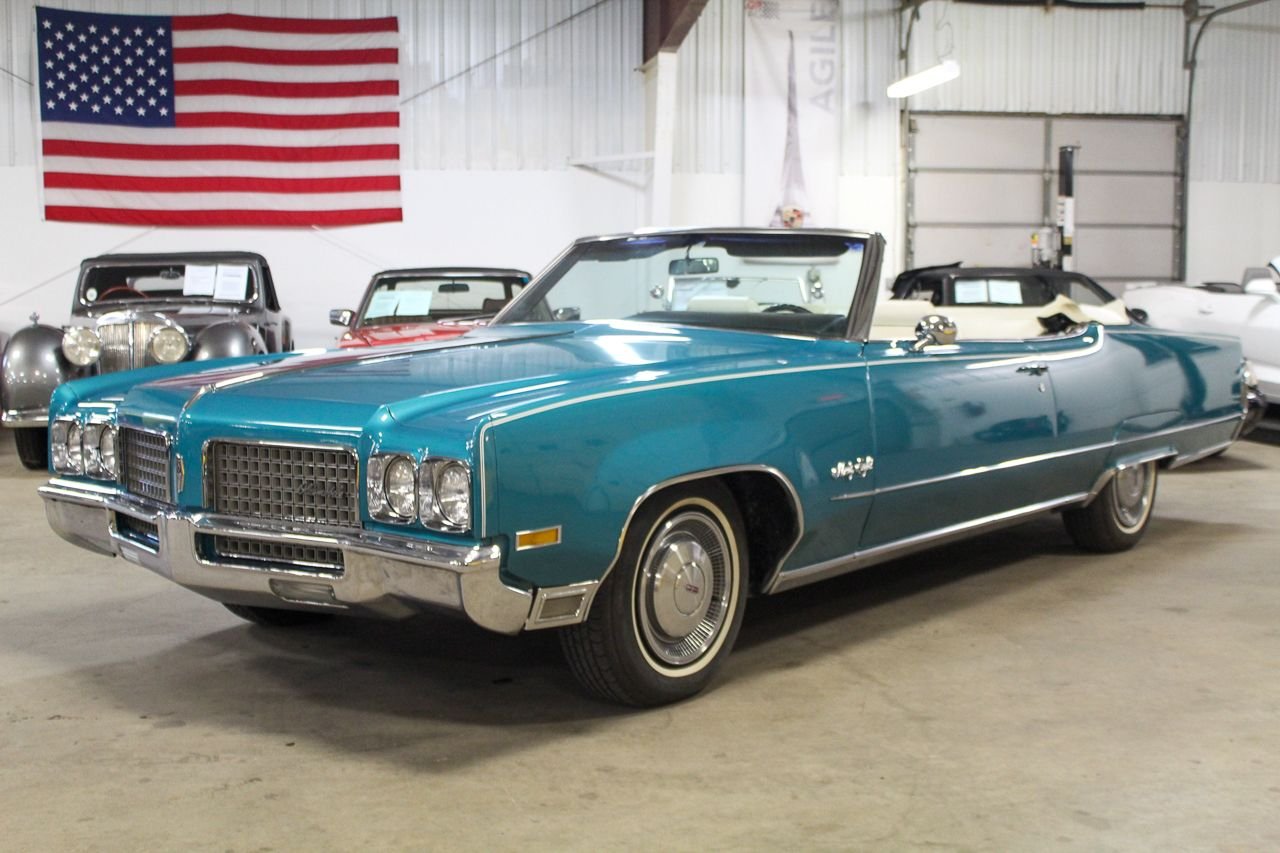 The Ninety-Eight served as Oldsmobiles flagship automobile from 1941 through 1996 with the exception during WWII where no automobiles were being produced for civilian use. Since it was the top-of-the-line Oldsmobile, it had features that were the most technologically advanced for the time such as the first Hydramatic transmissions, Autronic eye and much more, sometimes sharing with the Cadillac division or just a year behind in those advancements. The eight generation Ninety-Eight was produced from 1965-1970 and would be larger than the previous generation, sharing the C-Body with the flagship Cadillac and Buick models. They were jammed full of standard features and equipment making these cars very classy. Furthermore the Rocket 455 which required premium leaded fuel was the standard engine beginning in 1968 and by 1969 all Ninety-Eight models were built in Lansing, MI the headquarters of Oldsmobile. This particular stunning example is a two-owner car that has had long term ownership from the start, the current owner has owned this car since 1999 and has lovingly cared for this excellent Olds, finished in Aegaen Green over White interior. This car has had a repaint in the early 2000's where it appears it was red originally. The engine had the top end gone through with hardened valves so unleaded fuel can be used. This Ninety-Eight comes with a pile of receipts dating back to almost new all the way until present. Everything works perfectly including the A/C that has been converted and blows cold. The body looks razor strait to me and the underside is excellent. The top works as it should and is in excellent condition with glass rear window. It sits nice, starts nice and goes down the road so smoothly. This is a ton of car for the money (Quite Literally). There is no way you could build this car for anywhere near the asking price, so if you are in the market then this car deserves a second look.