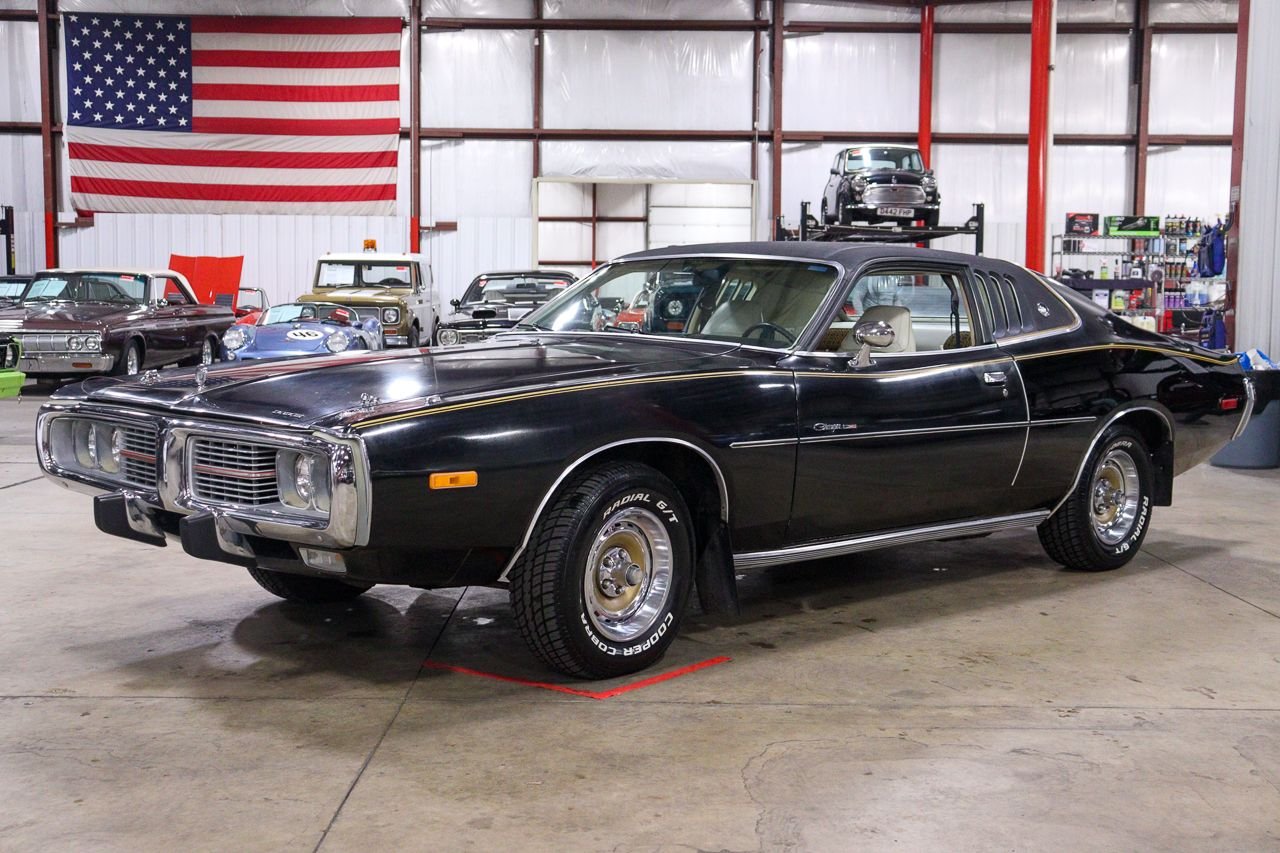 GR Auto Gallery is pleased to offer this uniquely optioned one-owner 1974 Dodge Charger SE Brougham for your consideration. This highly original example was originally ordered by a MOPAR executive who presumably wanted a Woodward Ave. sleeper. At 19,000 miles the vehicle was returned to MOPAR and listed through their internal auction. A dealer in North Dakota picked this example up where it caught the eye of the selling owner who was the first to register the vehicle. Decoding the vehicle identification number tells us that this is a true “U” code 440ci V8 “RB” High-Performance motor.

The selling owner notes that the motor was rebuilt at 142,000 miles in 2002. During the teardown process the selling owner and their engine specialist found that everything under the intake was from a 440 Six-Pack with a forged steel crank, six-pack rods, and 906 heads. After beating several of his friends that also had '73 and '74 MOPARS, it finally made sense why the selling owner's vehicle was much faster. During the rebuild process, the motor received a new carburetor, increased compression, domed heads, and a camshaft. The selling owner notes that this was too much power for pump gas at the time as it could not be tuned to run properly without mixing in racing fuel. Because of this, the motor received Keith Black flat top heads and was detuned to run on pump gas.

At roughly 150,000 miles the transmission was rebuilt using stock components and a new torque converter. The selling owner notes that at the time of the transmission rebuild the differential bearings were replaced as well as the wheel bearings, drive shaft, and U-joints.

The car was put into storage for a few years prior to 2021 but was revived when the selling owner took the vehicle out of storage and replaced the tires, front brakes, ignition system, and carburetor which now has an automatic choke. The air conditioning compressor was also replaced less than 10,000 miles ago.

Taking a look at the VIN and trim tag tells us that this is a special vehicle. Not many Chargers were optioned as uniquely as this one and despite there being imperfections in the paint and body as shown in the pictures, this is an awesome example with a fantastic story.

Coming into their third generation for the Charger model, Dodge released this newly designed car as the 1971 model year. This year brought a split grill, shared an interior that was very similar to their Plymouth counterparts, the Satellite Sebring and Road Runner, and overall had a more rounded “fuselage” body style. Still giving their base model the 318 as the standard engine, the 340, 360, 400 and even the 440 engine were available depending on package. Now a much more customizable vehicle, this model was full of options and different styling choices for the market to pick from. The popularity grew for these models for years to come thanks to its popularity in NASCAR, drag strips and even movies alike and is even still a popular name tag for Dodge today.