"Do it Right the First Time" 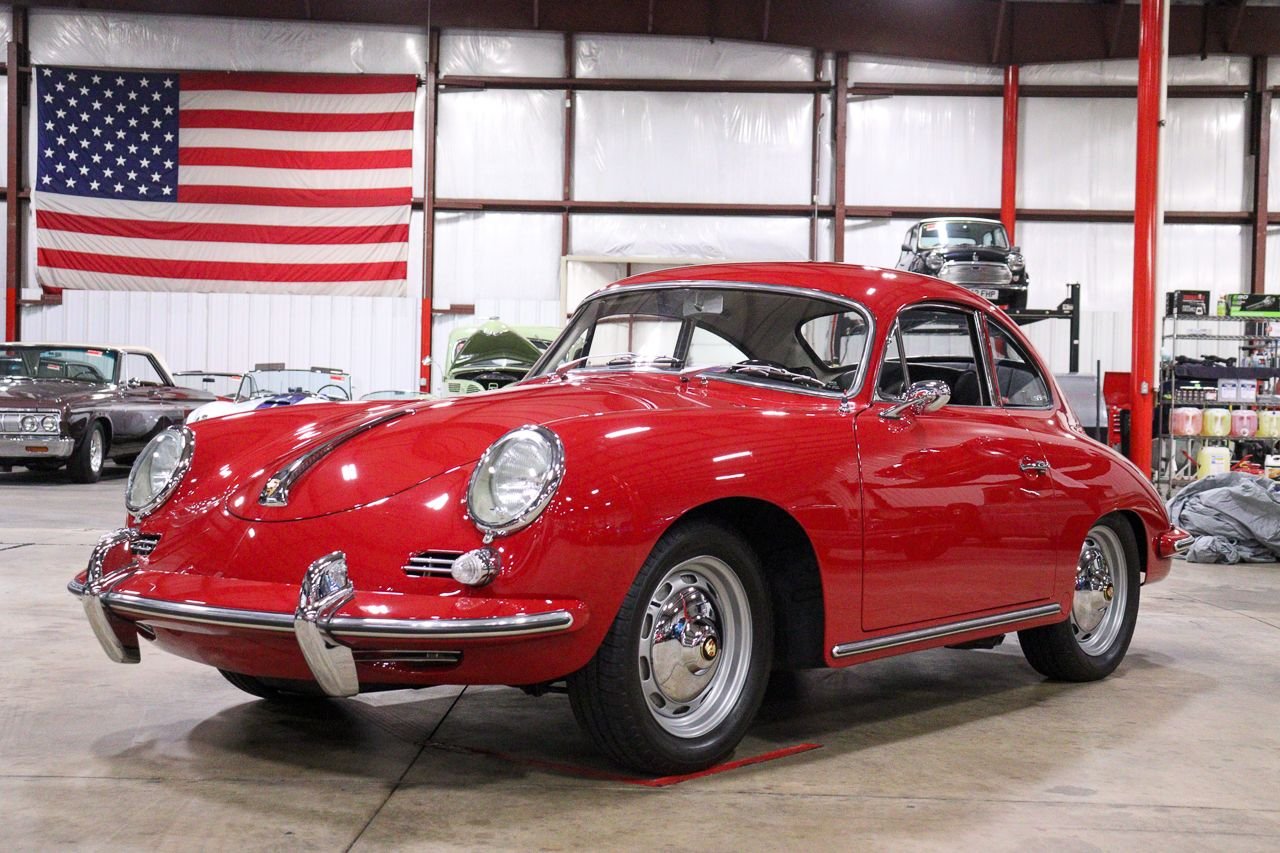 GR Auto Gallery is pleased to offer this exceptional 1961 Porsche 356B 1600 Super to the global market. This 1961 Porsche 356B 1600S is a Reutter-bodied coupe that is finished in red over black and powered by a flat-four paired with a four-speed manual transaxle. Externally this stunning 356 wears a beautiful coat of Signal Red paint which was applied during a shell-only repaint. Exterior highlights include body-color bumpers with chrome guards, chrome 15-inch wheels that sport Porche-crest hubcaps, Michelin Defender tires, and a chrome engine grille.

The interior sports front bucket seats with a split folding bench finished in black leatherette. The three-spoke steering wheel is positioned in front of the central tachometer, a 120mph speedometer, and auxiliary gauges. All gauges and the radio were professionally refurbished in California during the restoration. We spoke with the gentleman who restored this exceptional example and it instantly became crystal clear that this is a true enthusiast vehicle. Concluding roughly seven years ago, the restoration of this Porsche began after the selling owner purchased the 356 from his uncle out of Shelby, MI. There is virtually no part of this example that was not touched during the extensive restoration process.

The motor was professionally rebuilt from the ground up by Euromotorworks in which the case was split and new bearings, rods, and pistons were installed. Per the request of the selling owner, the motor received a big bore kit to add a bit of extra power to make the driving experience that much more spectacular. The heads were professionally restored as well and modern valve seats were installed for the use of unleaded gasoline. To increase the longevity of the motor the oil cooler and intercooler were upgraded under the recommendation of many respected Porsche builders. Additionally, this example received a fresh exhaust system and electronic fuel pump to aid in starting the motor.

When it came to restoring the suspension no expenses were spared all the way down to each individual bushing. A fresh brake system was installed with all new brake lines as well. When speaking with the person in charge of restoring this example, it was noted that he spent countless hours driving the Porsche to fine-tune the drivetrain and suspension for the ideal driving experience.

Not only was the drivetrain and suspension fine-tuned over the course of many months, but even the door alignment was also perfected to close with a satisfying “ping.” As previously mentioned, once fully stripped down to the shell, this example underwent a full repaint. Per the request of the selling owner, the engine compartment was not painted black and instead wears the same red as the exterior. When being put back together, a new wiring harness was installed to be more reliable and safe than the original one. Upgraded sound deadening was installed as were 6v Bi-LED lights to increase visibility in accordance with the recommendations of other
builders.

Needless to say, this is a fantastic example that loves to be driven. The Porsche 356 is one of the most endeared vehicles ever made. The car has huge global demand and values continue to rise. They have reached icon states while remaining very driver friendly and usable. Please call or email with any questions or for additional information.