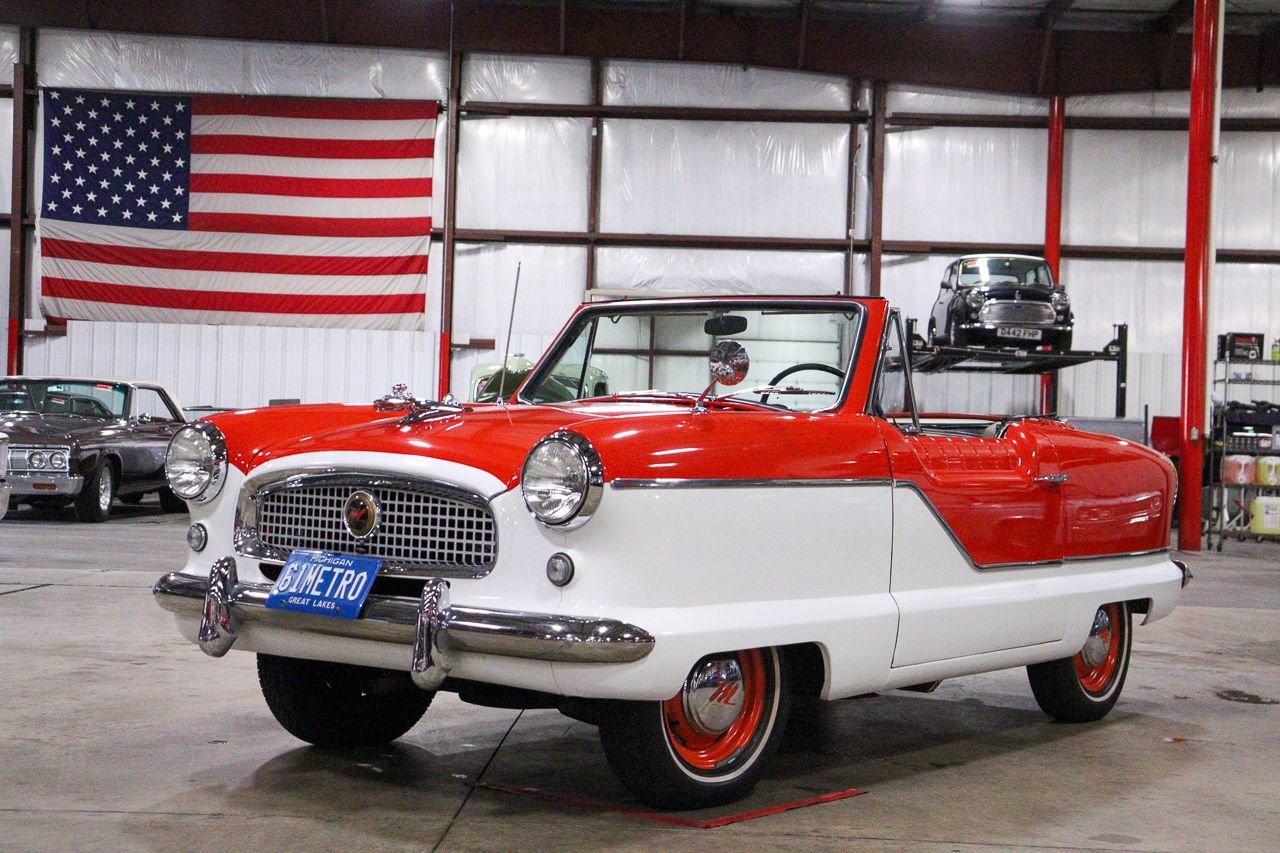 GR Auto Gallery is pleased to present this gorgeous 1961 Nash Metropolitan for your consideration. The body was restored in 2001 and the engine was rebuilt in 2014 by Dick Crutcher. According to the owner there is less than 3,000 miles on the car since the engine was rebuilt. The car has new wiring and the shocks were replaced in 2014.

The Nash Metropolitan was an American automobile that was sold from 1953 to 1961. The Metropolitan was also sold as a Hudson when Nash and Hudson merged in 1954 to form the American Motors Corporation (AMC), and later as a standalone marque during the Rambler years, as well as in the United Kingdom and other markets. January 1959 saw the start of Metropolitan Series IV (NK4) production. This major redesign saw the addition of an external decklid and vent windows. By this time, the engine had been upgraded by increasing the compression ratio from 7.2:1 to 8.3:1 giving an output of 55 bhp