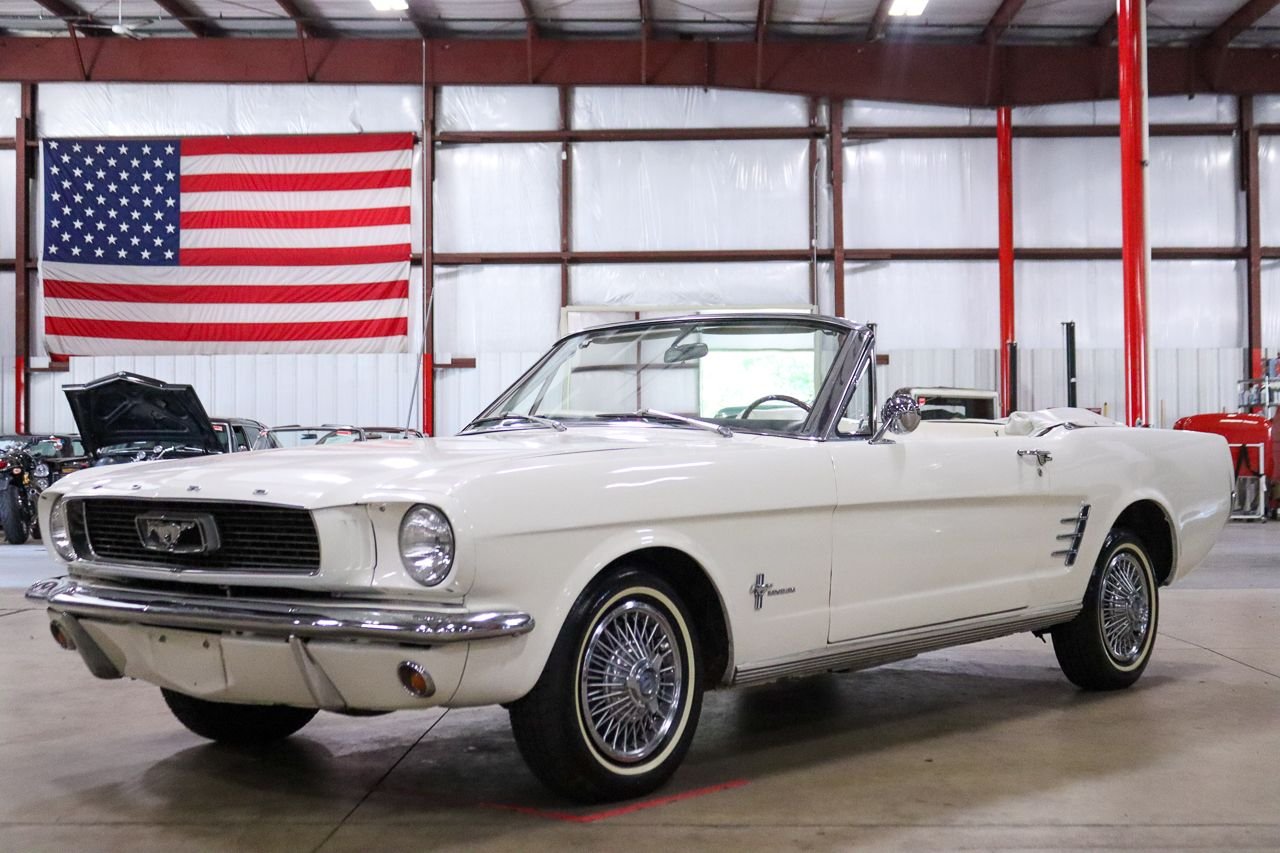 GR Auto Gallery is pleased to present this sharp 1966 Ford Mustang Convertible for your consideration. It is powered by its inline 6 paired with an manual transmission. This triple white car is finished in Wimbledon White and really shows well. The chrome is in good condition and rides on 14 inch wheels. The owner has had this car in his care sine 2006 and has babied it and used in only dry weather. Grab the wheel of this first gen beauty, drop the top and don't look back!