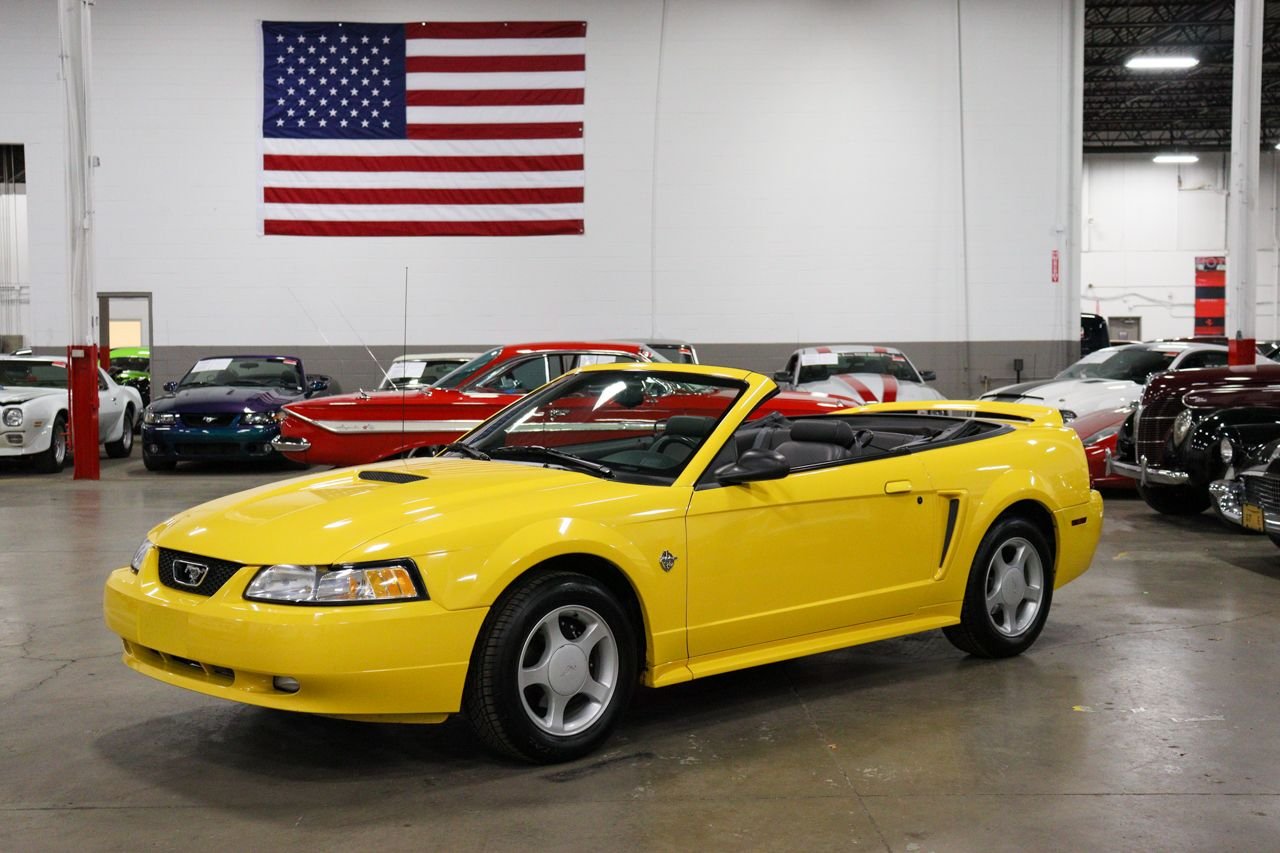 GR Auto Gallery is pleased to present this 35th Anniversary 1999 Ford Mustang Convertible for your consideration. This Pony is a true one family car the car spent the first year of its life with the Ford Motor Company and for the last 20 years has been with the current owner. This Mustang has always been well maintained and severed at a local Ford Dealer. Recently the Mustang had a transmission fluid flush and filter change, new tires, and was only driven about a thousand miles a year. This Pony has always been stored in a garage and only driven on nice days. So if you are in the market for a clean nice driving droptop this Mustang GT is for you. To see over 80 photos of this car, including undercarriage please visit our website www.grautogallery.com

The fourth-generation Ford Mustang is an automobile that was produced by the American manufacturer Ford for the 1994 through 2004 model years. For 1994 the Ford Mustang underwent its first major redesign in fifteen years, being introduced in November 1993 and launching on December 9, 1993. The design, code-named "SN-95" by Ford, was based on an updated version of the Fox platform, the final Ford vehicle underpinned by this platform. It featured styling by Bud Magaldi that incorporated some stylistic elements from the classic Mustangs. A convertible returned, but the previous notchback and hatchback body styles were discontinued in favor of a single fastback coupe body style.
Prior to the redesigned Mustang's launch, a two-seater show car was designed by Darrell Behmer and Bud Magali. Called the Mustang Mach III, it was shown at the 1993 North American International Auto Show in Detroit and hinted at what the new production Mustang would look like. The Mach III featured a supercharged 4.6 L DOHC V8 with 450 hp (336 kW; 456 PS). While this engine was not put into production, it hinted to the future use of Ford's Modular V8 in the Mustang, including the eventual use of a supercharged 4.6 L V8.

To see over 80 photos of this car, including under carriage please visit our website
www.grautogallery.com