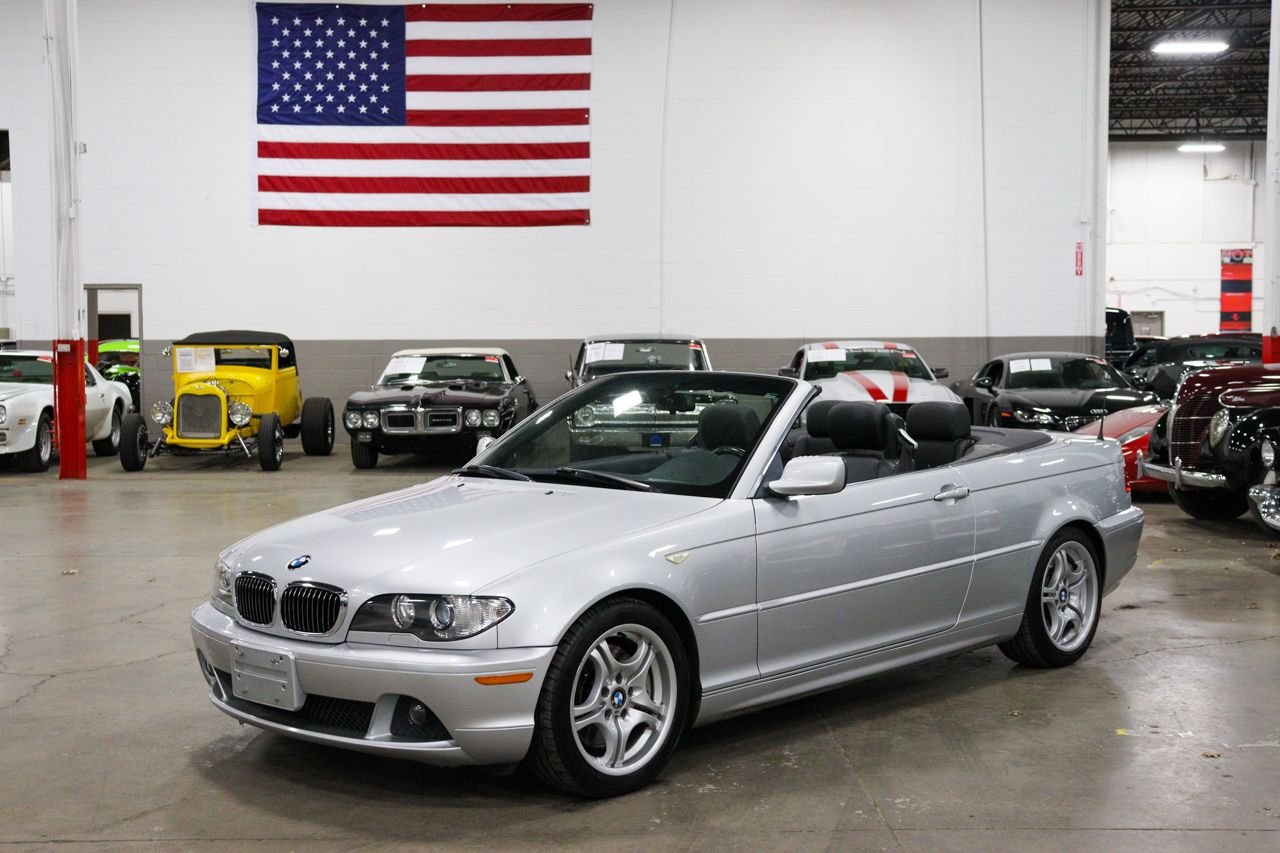 GR Auto Gallery is pleased to present this extremely well maintained 2006 BMW 330CI! This gold standard in luxury comes in a clean silver paint job complemented by an immaculate black leather interior. Powering the 3 series is a very well sorted 3.0 liter 6 cylinder motor mated to a smooth-shifting automatic transmission. As one would expect from a BMW, this example comes fully loaded with every feature a driver could possibly ask for. This clean vehicle comes to us from a private BMW collector and as such has always been properly stored and maintained. So, if you're in the market for an exemplary 3 series sure to impress, this vehicle is the choice for you. To see over 80 photos of this car, including undercarriage please visit our website www.grautogallery.com

In 1993, the development program for the E46 began under chief engineer Wolfgang Ziebart and head of R&D Wolfgang Reitzle. In late 1993, design work began under chief designer Chris Bangle and continued into 1995. In May 1995, the general exterior design of the E46 by Erik Goplen of DesignworksUSA was approved and as a result, DesignworksUSA was contracted by BMW to work alongside BMW Group's in-house design team to create the exterior bodywork for the 3 Series range in February 1996. The design team put an emphasis on improving aerodynamics and increasing the car's aggressive stance. Design patents were filed in Germany on 16 July 1997 and in the US on 16 January 1998.
Chris Bangle and Dr. Wolfgang Reitzle (BMW Head of R&D)23 were responsible through 1995 for the production sedan's exterior, as evident in the 1997 design patent. Production development of the sedan took 24 months following design freeze and was 31 months from executive board styling approval in 1995 to its start of series production in December 1997. Erik Goplen designed the production coupé, convertible and station wagon during 1996–1997. The E46 sedan was unveiled via press release on 11 November 1997 and was launched on the market at the end of April 1998 with customer deliveries.