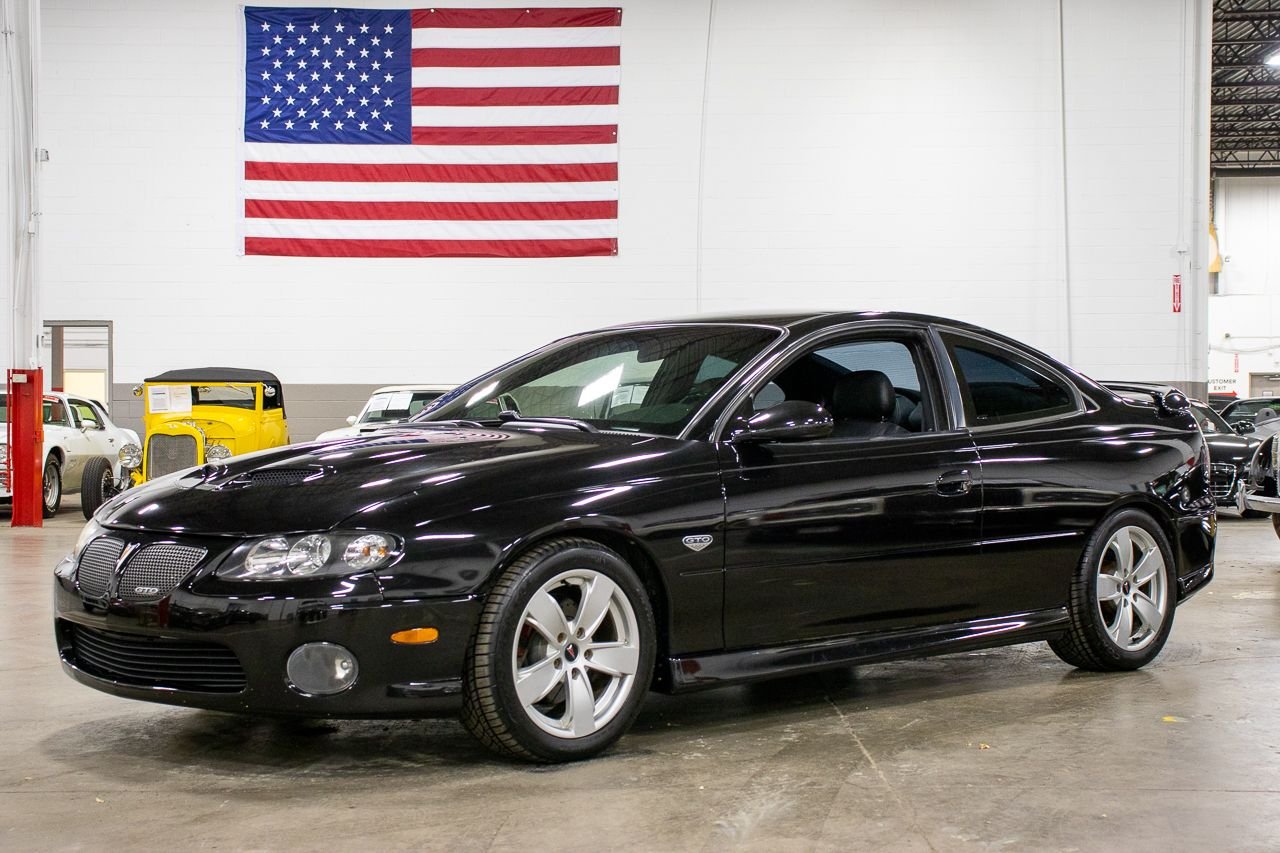 GR Auto Gallery is pleased to present this Pontiac GTO for your consideration. This GTO is packing some real power with its 6.0L V8 powerplant paired with an automatic transmission. This GTO comes with a black on black giving it a very stealth look. This model was actually Imported from holden and was call a Monaro in its left-hand verse. This Pontiac only offered this model from 2004-2006.

The Pontiac GTO is an automobile that was manufactured by American automaker Pontiac from the 1964 to 1974 model years, and by GM's subsidiary Holden in Australia from the 2004 to 2006 model years. The first generation of the GTO was the first muscle car produced in the 1960s and the 1970s. The Pontiac GTO is considered by some to have started the trend with all four domestic automakers offering a variety of competing models. For the 1964 and 1965 model years, the GTO was an optional package on the intermediate-sized Pontiac LeMans. The 1964 GTO vehicle identification number VIN started with 82, while the 1965 GTO VIN started with 237. The GTO became a separate model from 1966 to 1971 VIN 242... It became an optional package again for the 1972 and 1973 intermediate LeMans. For 1974, the GTO optional package was offered on the compact-sized Ventura. The GTO was selected as the Motor Trend Car of the Year in 1968. The GTO model was revived from 2004 to 2006 model years as a captive import for Pontiac, a left-hand drive version of the Holden Monaro, itself a coupé variant of the Holden Commodore.