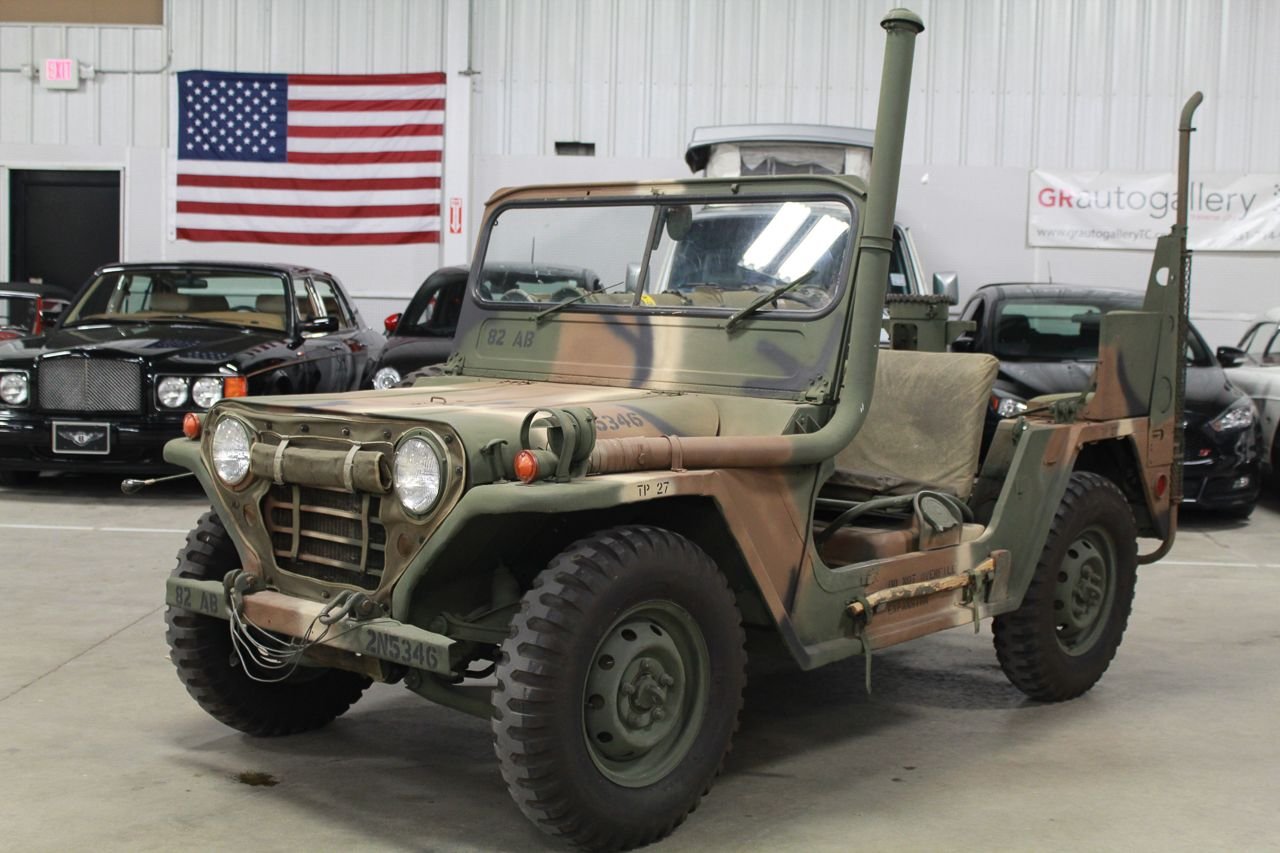 The M151 or Truck, Utility, 1/4ton or 4x4 was the successor to the Korean War M38. The M151 had a little more space and room and featured all around independent suspension with coil sprints. It crazy to think that some of these units were used all the way through 1999. In 1951 Ford was awarded the contract to build said jeeps. Later on the contract would be awarded to Kaiser, AM General or AMC. Another thing to note is that the M151 unlike its predecessors was never released for civilian use as it was never tested through the federal highway administration and crash tests, hence it was not considered road legal. This particular sweet M151A2 which began production in 1968 has had the TOW treatment which you just don't see for sale. TOW meaning Tube Launched, Optically-Tracked, Wire Guided was basically an anti-tank missile variant. This Jeep is in outstanding mechanical condition with easy start, comfortable to drive and shifts very nicely. Another couple cool features to note is the added snorkel and high exhaust outlet for Fording rivers and lakes. The choke still operates as does everything else. Pretty cool piece of history to add to your collection or use in parades.