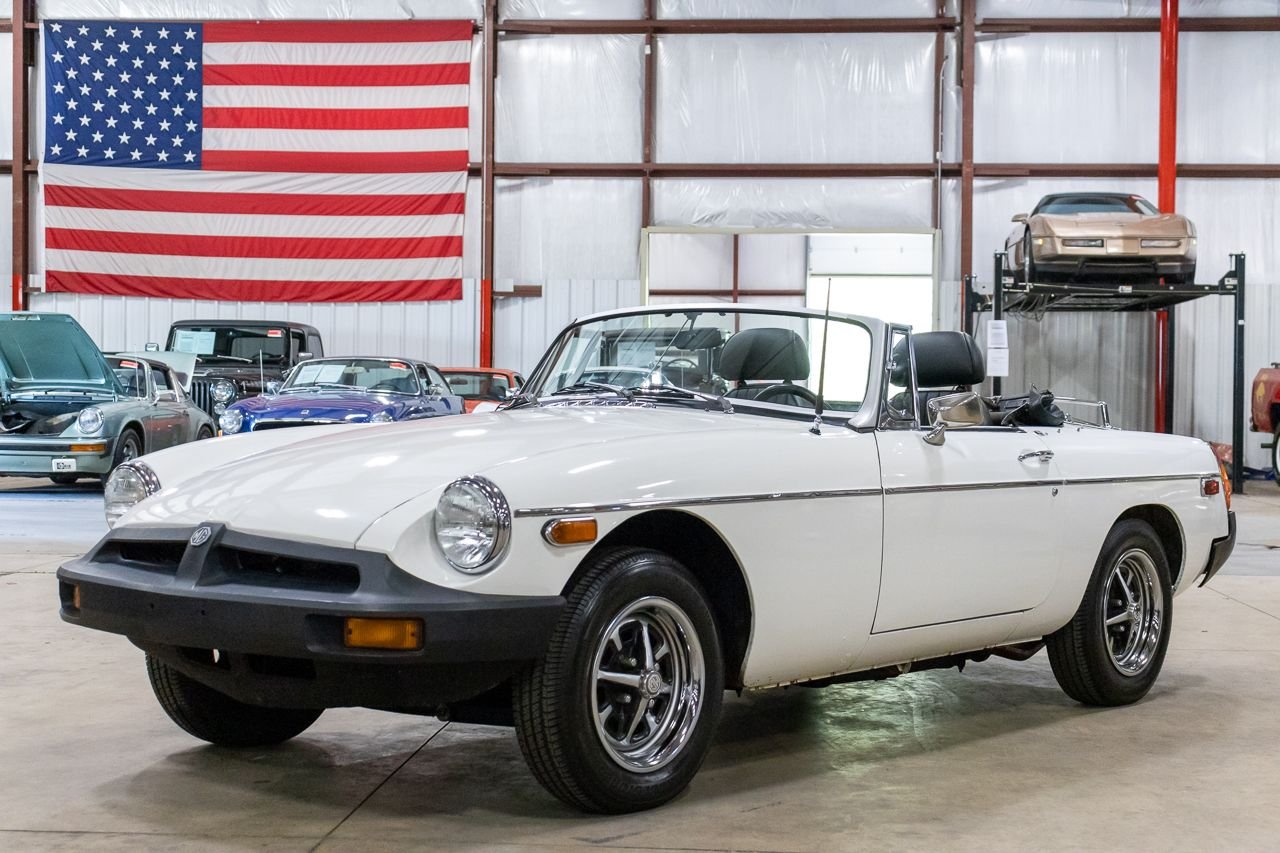 Production of the MGB began in October 1962 just after the production of the MGA had ceased. Though often referred to as a roadster, the MGB had roll up windows, outside door handles and vent wings. A Mark II version was added in 1967, and the car stayed in production until 1980, becoming one of the most successful British sports cars of all time, with a total of over 300,000 cars being exported to the U.S. alone.

GR Auto Gallery is pleased to present this low mile 1980 MG MGB Roadster for your consideration. The car is beautiful in every aspect. The white paint shows well for its age and has a shine to it. Mechanically, this car is up to par and ready to go. According to the owner, the engine was rebuilt 4,000 miles ago and the clutch was replaced at the same time. The car has overdrive as well. The car rides on new tires mounted on factory wheels. The car was purchased by its current owner in 2009(and had been in storage since 1993) and has been given a new interior at the time of purchase. The seats are even heated! The car has gently been driven since is restoration.