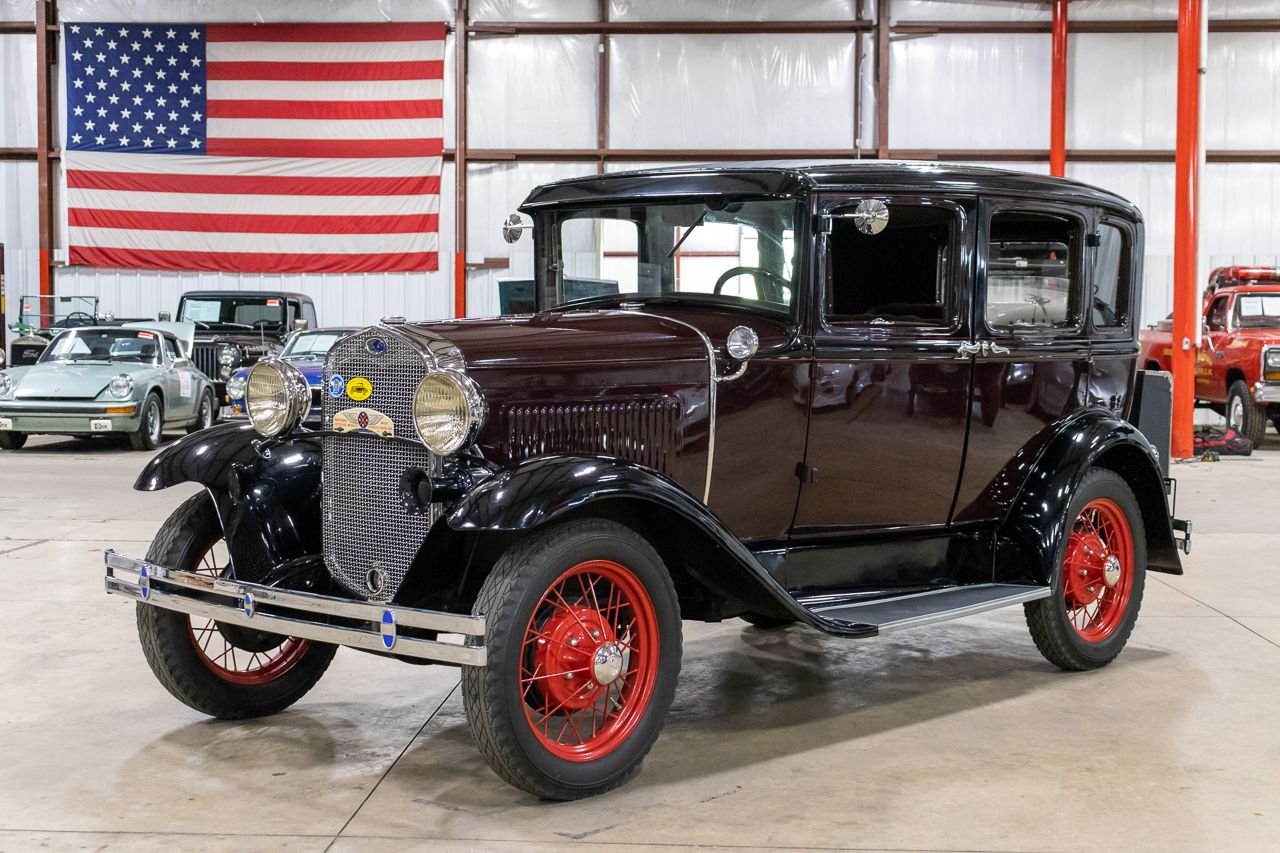 GR Auto Gallery is pleased to present this exceptionally tidy 1930 Ford Model A Four Door Sedan. The car appears to be all steel and his straight and tight. The 4 cylinder engine purrs as a Model A should and the manual transmission functions smoothly.

The maroon exterior shows very well and the interior is clean and restored nicely. Highlights include dual cowl lamps, 4 doors, working speedometer, car cover, luggage rack and luggage trunk, rear mounted spare. We took this car for a cruise and were very satisfied with its performance.

The Ford Model A (also colloquially called the A-Model Ford or the A, and A-bone among rodders and customizers), was the second successful vehicle model for the Ford Motor Company, after its predecessor, the Model T. First produced on October 20, 1927, but not introduced until December 2, it replaced the venerable Model T, which had been produced for 18 years. This new Model A (a previous model had used the name in 1903–04) was designated a 1928 model and was available in four standard colors. By February 4, 1929, one million Model As had been sold, and by July 24, two million. The range of body styles ran from the Tudor at US$500 (in grey, green, or black) to the Town Car with a dual cowl at US$1200. In March 1930, Model A sales hit three million, and there were nine body styles available. Model A production ended in March 1932, after 4,858,644 had been made in all body styles.