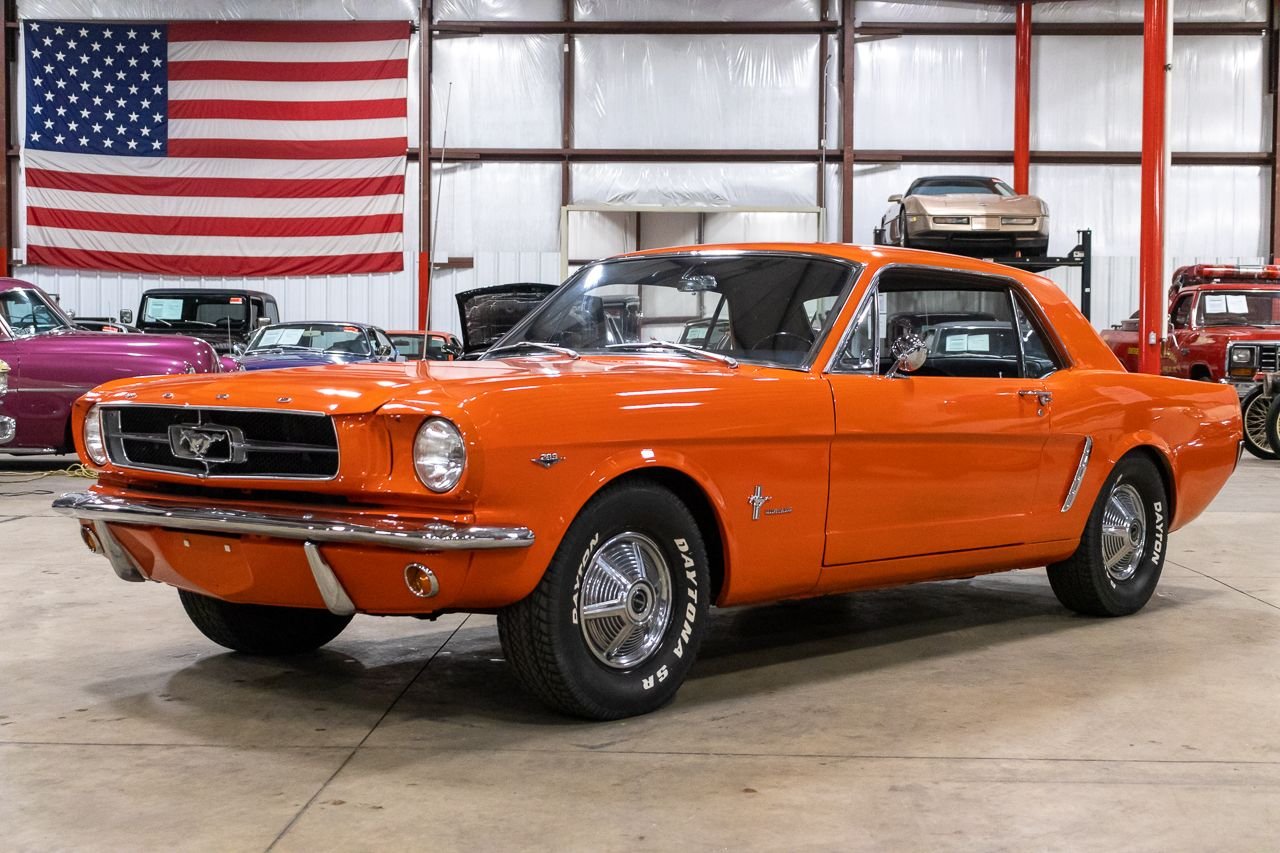 GR Auto Gallery is pleased to present this outstanding 1965 Ford Mustang. The car was purchased as a project in 2014 and came out of Ohio. The car was repainted at this time. The Mustang shines in a stunning Poppy Red paint job complimented by a brand new Black interior. Powering this vehicle is a 289 paired with an automatic transmission. According to the owner the car has received a new water pumpo, radiator, heater core, heater motor, new hoses and belts, voltage regulator, brakes, wheel cylinder, complete tune up, rebuilt carburetor, rebuilt alternator, and a rebuilt transmission. The car runs and handles well. The car rides on 14 inch white letter tires on factory steel wheels and hubcaps. The vehicle is neat and tidy throughout and shows well.