"Cougar On The Prowl" 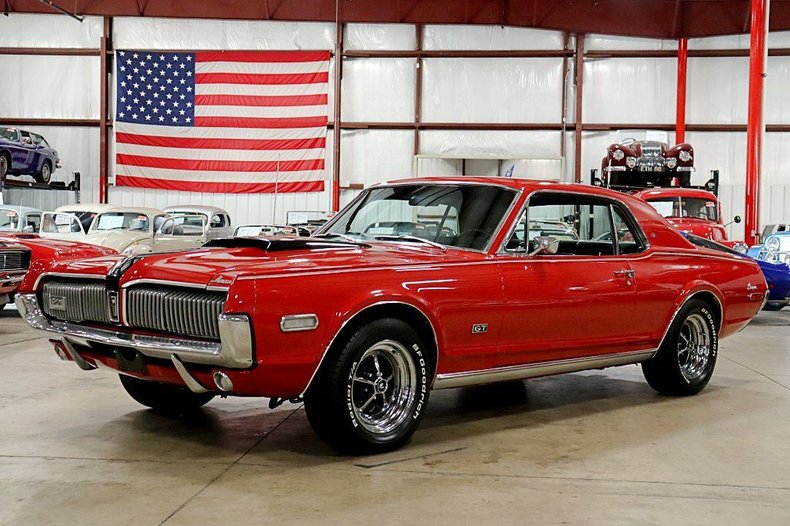 The Mercury Cougar is a nameplate applied to a diverse series of automobiles sold by Mercury from 1967 to 1997, and again from 1999 to 2002. While most examples were produced as two-door coupes, at various times throughout its production life, the Cougar was also sold as a convertible, four-door sedan, station wagon, and hatchback. During its production life, as was common practice within the Mercury division, the Cougar shared much of its underpinnings with a Ford counterpart. At the time of its introduction, it was based upon the Ford Mustang. As the Mustang was downsized and redesigned in 1974, the Cougar became based upon the intermediate Mercury Montego (itself based upon the Ford Torino), becoming the replacement for the Montego in 1977. As the Cougar XR7 became the equivalent of the Ford Thunderbird in 1977, the Thunderbird would serve as the Ford counterpart of the Cougar for two decades. After its initial discontinuation, the Cougar emerged as a replacement for the Ford Probe sports coupe, based on the Ford Contour "world car"; as such, it was sold outside of North America as the Ford Cougar.

GR Auto Gallery is pleased to present this to present this outstanding 1968 Mercury XR-7 Mercury Cougar for your consideration. It is powered by a 390 v8 paired with a C-6 automatic transmission. The car was originally a 2v but has been upgraded to a 4v. The car is NOT a GT, the previous owner added the GT emblems. According to the owner, it is all original sheet metal. The car came out of San Jose, California. Highlights include power steering, tilt wheel, factory speed control(only 650 '68's came with speed control) factory air conditioning, power disc brakes, 15 inch wheels, dual exhuast, BF Goodrich tires, Pioneer AM/FM/Cassette player. The car is very neat and tidy and shows very well both inside and out. The brakes were just serviced and the calipers were also rebuilt.